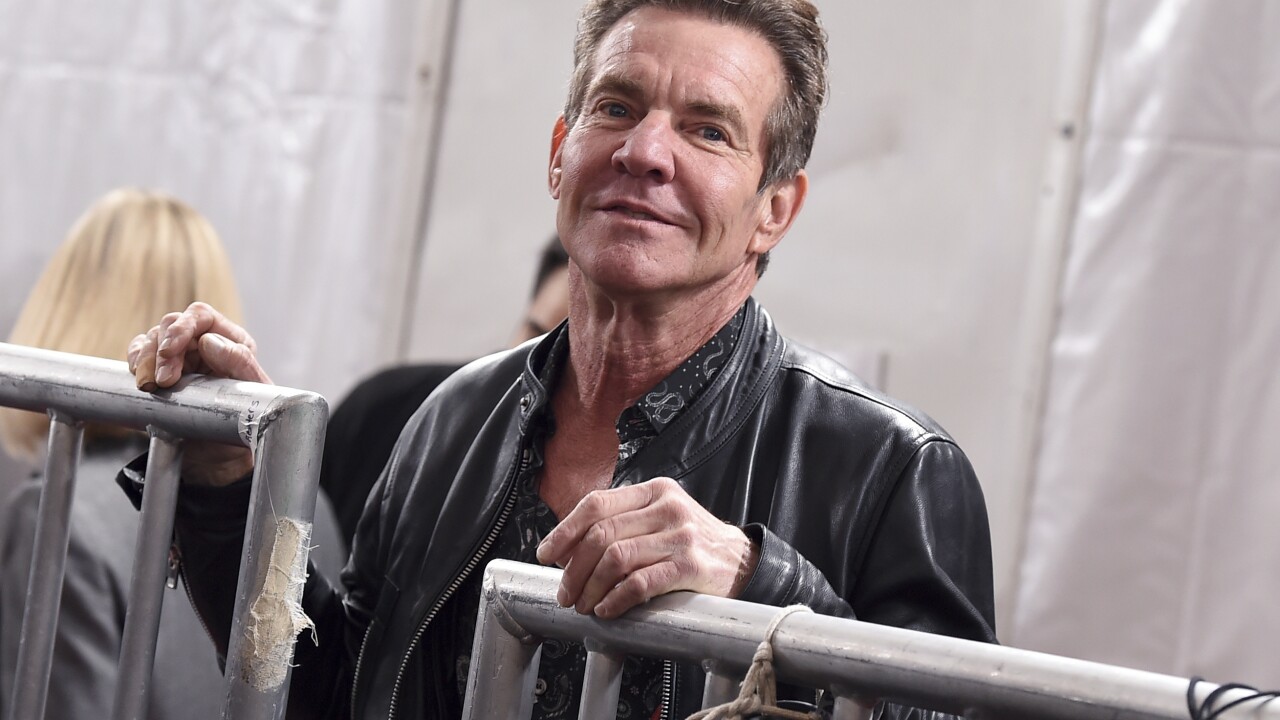 Actor Dennis Quaid is responding to backlash he’s receiving after media reports he is participating in an ad about the coronavirus.

Health and Human Services is reportedly creating an advertising campaign to “defeat despair” about the coronavirus, using celebrities and health officials to talk about COVID-19.

The project is described as “COVID-19 immediate surge public advertising and awareness campaign,” according to reporting in Politico. Their sources indicate the campaign will talk about the outbreak and the Trump administration’s response to it.

The campaign is estimated at $300 million to create, using taxpayer money.

Quaid said he was not paid for his involvement in the ad, “nothing could be farther from the truth,” and that “it was in no way political.” The actor says he taped an interview with Dr. Anthony Fauci, the Director of the National Institute of Allergy and Infectious Diseases.

“I have to say, right now, I’m feeling some outrage and a lot of disappointment,” Quaid says in the video on his Instagram page, describing some of the pushback he has gotten about his involvement.

Quaid says the interview focused on “raising awareness of COVID-19 and what we can still do to prevent lives being lost by this terrible, terrible virus. It was about the importance of wearing a mask, about social distancing, and is in no way political.”

The entire interview with Dr. Fauci is on Quaid’s podcast, “The Dennissance.” Quaid did not say how the interview would be used in the upcoming ad campaign.

Gospel singer Cece Winans is also reportedly involved in the campaign. Her role is not clear at this time.

HHS is hoping to start airing the video spots before Election Day. It was reportedly conceived by Michael Caputo. Caputo was HHS’s top spokesperson who last week took medical leave. He also had raised some eyebrows recently. He was the subject of news reports that he tried to gain editorial control over a scientific weekly published by the Centers for Disease Control and Prevention.

That was followed by reports about a video he hosted on his Facebook page in which he likened government scientists to a “resistance” against Trump and warned that shooting would break out if Trump won the election and Democrat Joe Biden refused to concede.

He stated in a Facebook video on September 13 the coronavirus ad campaign was "demanded of me by the president of the United States. Personally."

In a letter to Health and Human services Secretary Alex Azar, Democratic lawmakers say they have launched an investigation into the ad campaign, questioning the political motivations behind the taxpayer-funded campaign.

“The spread of the coronavirus cannot be stopped by a political marketing campaign. To address the despair many Americans are experiencing during this pandemic, the Administration needs to be honest about the risks Americans face and promote science-based solutions,” the letter states.