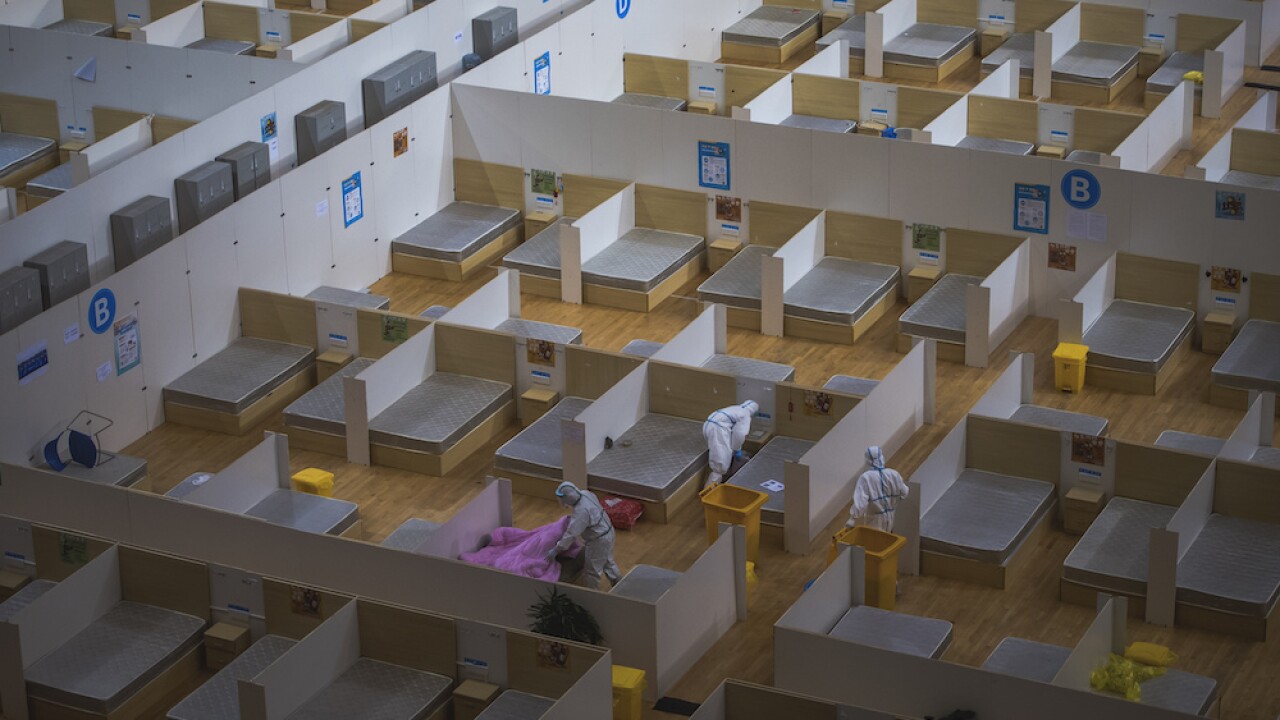 Xinhua
Xiao Yijiu/AP
In this Sunday, March 8, 2020, photo released by Xinhua News Agency, workers in protective suits clean up a makeshift hospital which converted from a sports venue after it officially closed in Wuhan in central China's Hubei province. The province at the center of China's virus outbreak is allowing factories and some other businesses to reopen in a new sign Beijing believes the disease that devastated its economy is being brought under control. (Xiao Yijiu/Xinhua via AP)

BEIJING — Chinese authorities are lifting a two-month lockdown of most of coronavirus-hit Hubei province, as domestic cases of the virus continue to subside.

People who are cleared will be able to leave the province after midnight Tuesday.

China has been using a color-coded system to indicate the health of each citizen: "Red" indicates that a person has been confirmed to have contracted the virus or had a fever at the time they were tested, anyone with close contact with one of those people is considered "yellow." All other citizens are "green."

The city of Wuhan, where the outbreak started, will remain locked down until April 8. At that point, any "green" citizens can leave the country.

China barred people from leaving or entering Wuhan starting Jan. 23 and expanded it to most of the province in succeeding days. The drastic steps came as a new coronavirus began spreading to the rest of China and overseas during the Lunar New Year when many Chinese people travel.

Hubei has seen almost no new infections for more than a week.