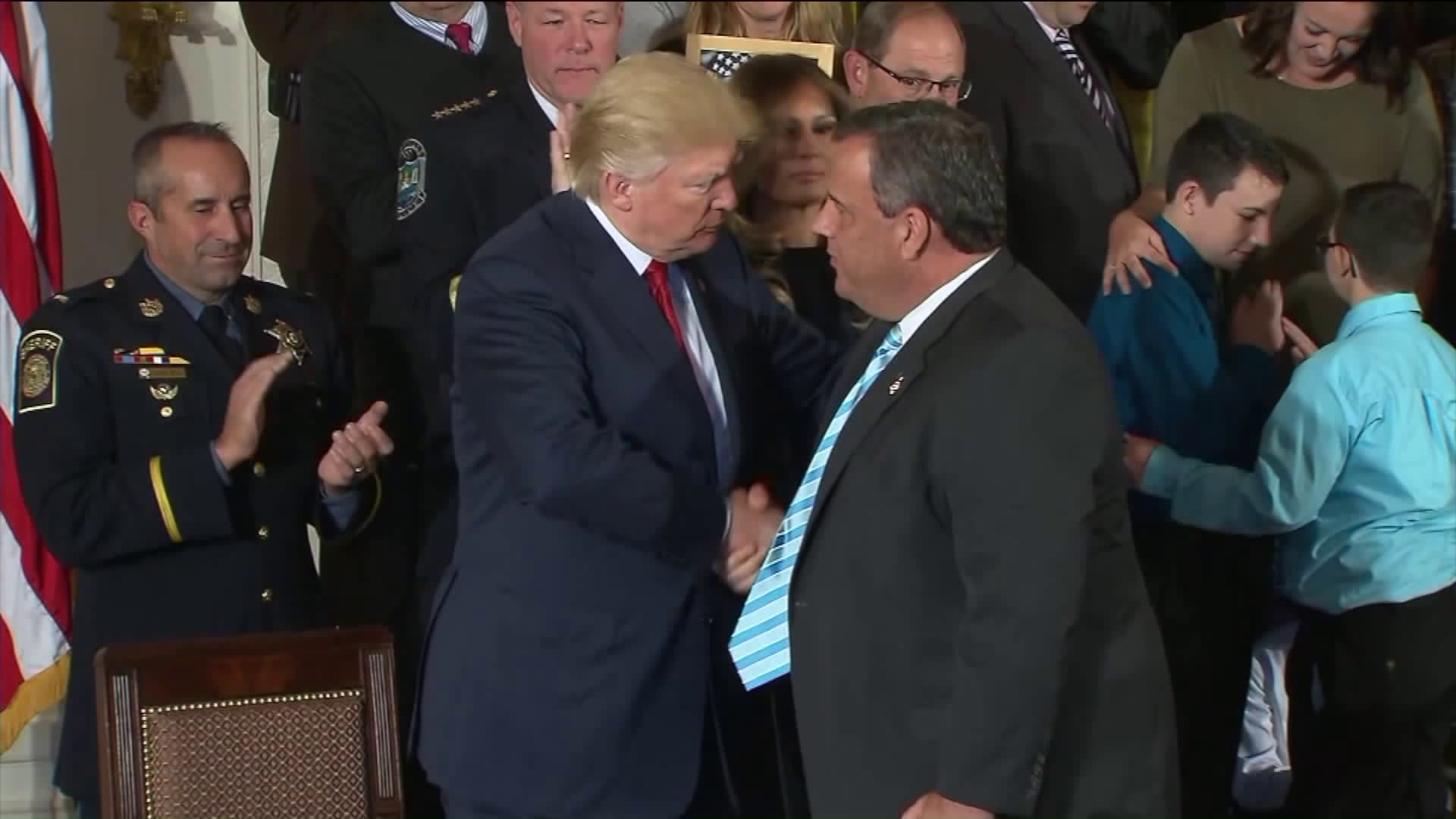 Plus, former Gov. Chris Christie tested positive for COVID-19 after being around the president.

The former governor has struggled with asthma all his life, and announced on Twitter Saturday that he would check himself in to Morristown Medical Center on the advice of his doctors.

Christie was seen outdoors in the White House Rose Garden hugging people without a mask last week. He also came in close contact with President Donald Trump and his staff when helping to prepare him for last week's debate.

"No one was wearing masks in the room when we were prepping the president during that period of time," Christie told Good Morning America. "The group was about five or six people in total."

"He and I have had private communications," said Murphy. "He is in our prayers and he knows that we're here for him."

The state is currently working to contact trace 206 people who attended a Trump fundraiser at his private golf club in Bedminster last week. Trump and his staff were there just hours before the president announced that he'd tested positive for COVID-19.

The New Jersey Attorney General is now investigating whether the fundraiser violated state rules on social distancing. Many in attendance did not wear masks. But the Republican National Committee has insisted that face masks were provided and the event was in compliance.

At Murphy's afternoon press briefing, he said the president and his staff acted recklessly by coming to New Jersey, knowing they had come in contact with someone who tested positive.

“The actions leading up to and during this event have put lives at risk,” Murphy said.

Some of the event attendees flew in from other parts of the country and have now scattered.

"This never should have happened," said the governor.

This article was written by Christie Duffy for WPIX.