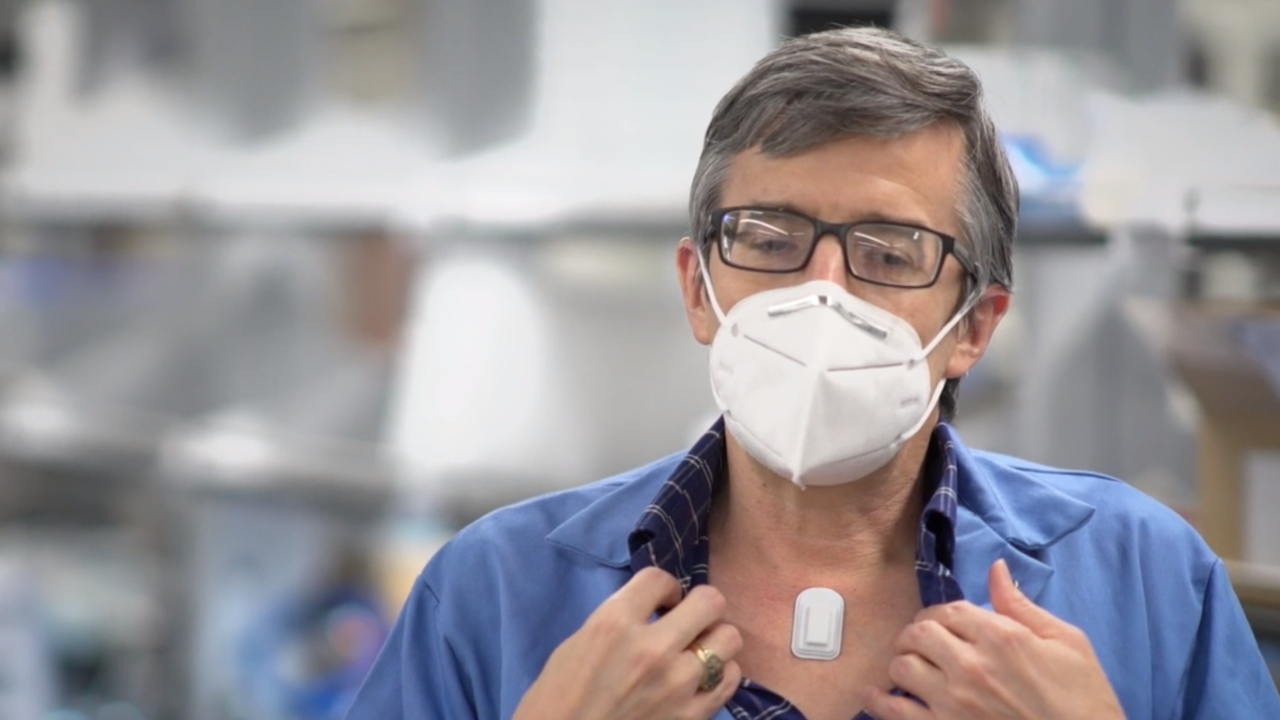 EVANSTON, Ill. -- Scientists at Northwestern University have developed a wearable device that can spot coronavirus symptoms before the person does.

The wireless sensor monitors coughs, fever and respiratory activity. The hope is that the data can help physicians better understand and treat COVID-19.

It looks like a small band-aid, but researchers say the little silicone patch can detect COVID-19 symptoms and record data right to your smartphone or tablet.

“It's a fully wireless battery-operated device that can communicate with any standard Bluetooth-enabled consumer gadget,” said John Rogers, Bioengineering and Neurological Surgery Professor at Northwestern.

The wireless, rechargeable battery-operated device sits just below the suprasternal notch at the base of the throat. From that location, it monitors coughing intensity, respiratory sounds, heartrate and body temperature.

“It's really that subtle motion of the surface of the skin,” said Rogers. “It's almost like a stethoscope in the way you can think about it, but fully digital and wireless in its operation and continuous, in terms of data collection.”

It can be worn 24/7 and produce continuous streams of data using artificial intelligence. All of that data transmits wirelessly to a HIPPA-protected cloud.

“We can determine not only when a cough occurred but whether that cough is a dry cough or a wet cough or whether you're having coughing fits,” said Rogers.

Scientists say the real-time data streaming from patients can give insights into their health not currently being captured or analyzed by traditional monitoring systems.

Another important feature is decontamination.

“Because it's entirely enclosed without any switches or data ports or any kind of openings, it allows us to do very rigorous sterilization, so we immerse these devices in hot alcohol,” said Rogers.

One thing it cannot do is measure blood oxygenation levels – a potentially important early indicator of the disease. But they say the they plan to add that capability to the next round of devices.

The ultimate goal is to be able to catch COVID-19 symptoms early, better understand its onset and progression, and hopefully save lives.

“What we've been able to do is create very thin lightweight soft device platforms that allow mounting on this very sensitive region of the body in a way that sends essentially physically imperceptible,” said Rogers. “So, you put it on and you kind of forget that it's there”

The next step is to find manufacturing partners to scale up production of the device. Rogers says that depending on volume, it could cost less than $100 per device.