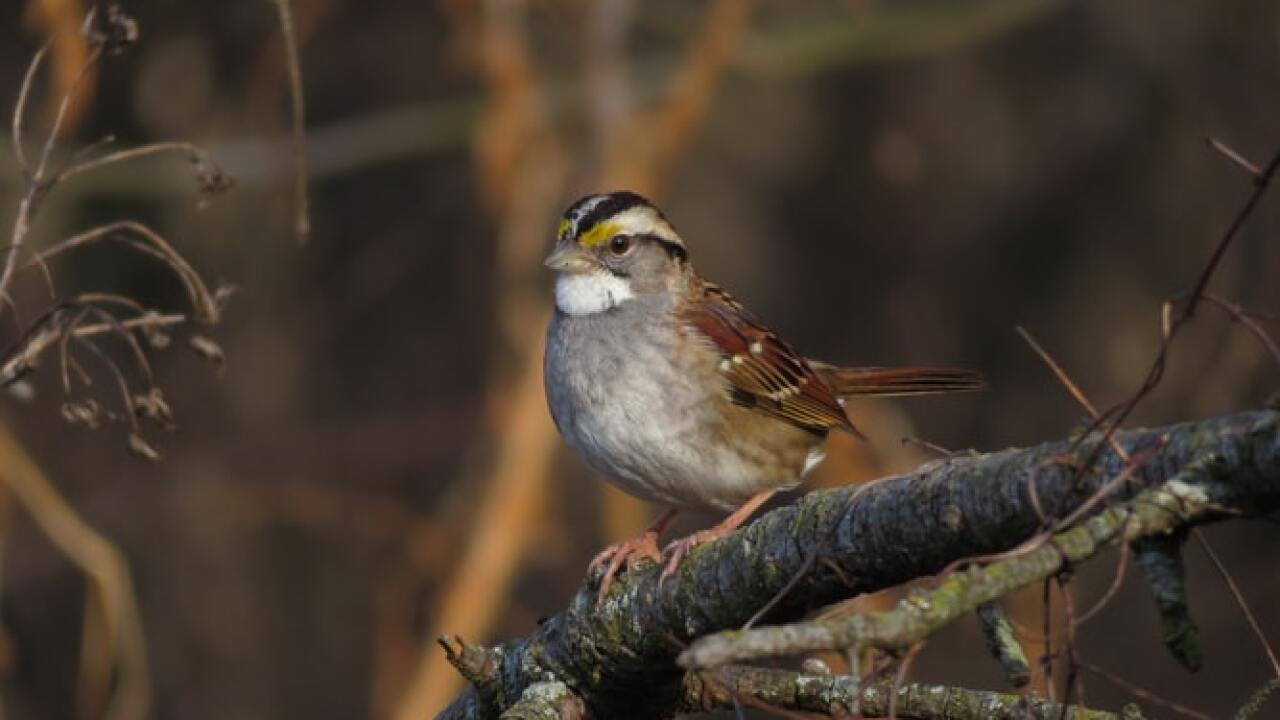 Photo by Emily Felty on Unsplash
A generic image of a white-crowned sparrow.

Being home more during the pandemic, and with less traffic on the roads from stay-at-home orders, many people have heard more bird calls and the sounds of nature in urban areas. Scientists now say at least one bird species has been able to adjust their bird song because of the lack of human noise to compete with.

Researchers have been studying the white-crowned sparrows in and around San Francisco for more than two decades. They compare their songs in recent years with recordings made in the 1970s.

They found as traffic levels increased over the decades, the lowest frequencies of the sparrows’ song rose. This allowed their song to be heard above the low hum of vehicles. The top frequencies remained the same, so the total frequency bandwidth of their communication was narrowed.

Degrading their songs this way, and limiting their range, makes them less effective at deterring rivals, attracting mates, or hearing their own chicks, according to researchers. In noisy environments, birds have to sing louder, which research has shown can result in stress and can speed up a bird’s aging and disrupt their metabolisms.

When stay-at-home orders and coronavirus pandemic safety measures were put in place in March, the lead researcher, Elizabeth Derryberry, remembers seeing an image of the Golden Gate Bridge in San Francisco completely empty of cars or humans. She wondered how the sparrows were responding.

They compared audio recordings of the bird songs from spring 2015 and 2016, to those taken this spring. The recordings were made in a variety of urban and rural locations around the greater San Francisco area.

The samples taken in 2020 revealed the white-crowned sparrows had changed their tune, so-to-speak, and were singing softer and using a wider range of frequencies. They also were able to communicate twice as far as previous recordings.

Researchers also say this explains why more people report hearing birds during the pandemic. Since the songs are traveling farther distances, humans are able to hear more of them.

They also say the changes in the birds’ songs were more pronounced in urban areas compared to the rural location samples. This would make sense, they say, because the traffic noise did not change as drastically in the rural locations during the pandemic.

“Our findings indicate that songbirds like white-crowned sparrows have a striking capacity to exploit newly empty soundscapes following acute but ephemeral amelioration of noise pollution, suggesting that lasting remediation might engender even more promising outcomes, such as demographic recovery and higher species diversity in urban areas,” they concluded.