Delta strengthens into a hurricane, expected to gain power before reaching Gulf Coast 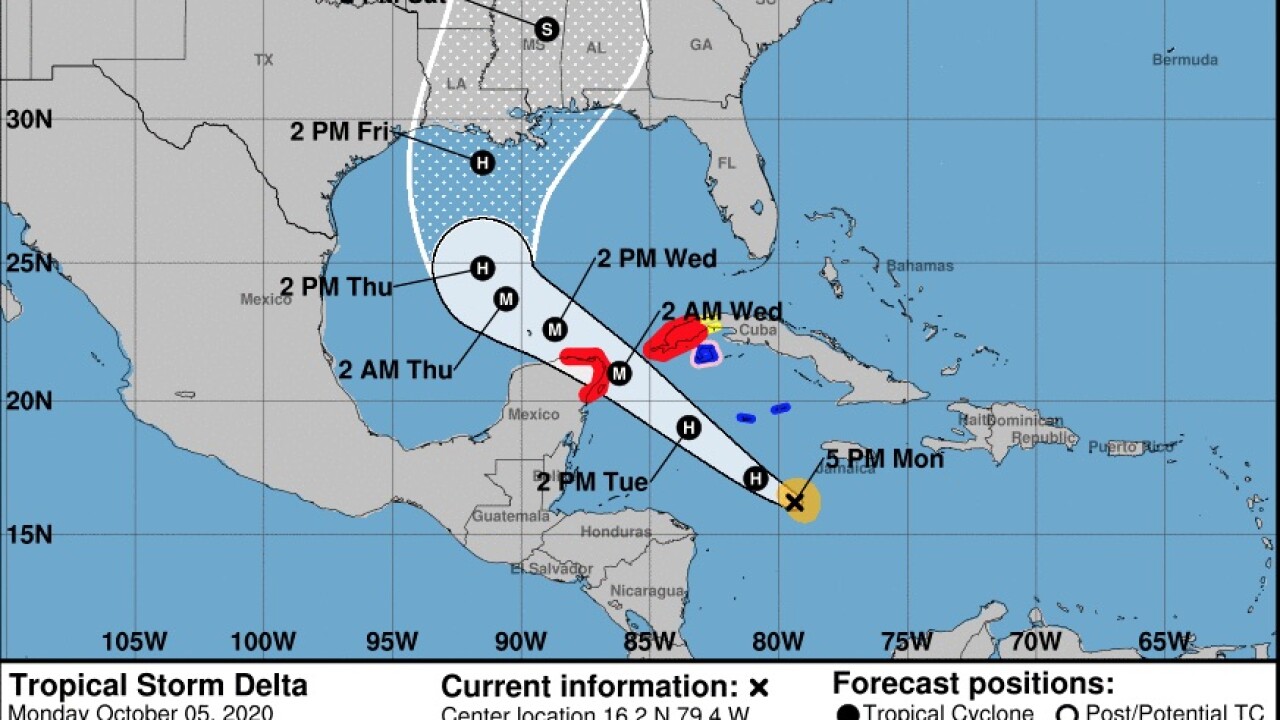 The rapidly-strengthening tropical storm currently in the Caribbean Sea is moving north, and could strike the Yucatan Peninsula of Mexico as a major hurricane on Wednesday.

While the Yucatan Peninsula could be in the path of Delta, there is growing concern for the Gulf Coast. The National Hurricane Center has areas from Louisiana to the western tip of the Florida panhandle in the path of Delta. The tropical storm is expected to come ashore on Friday as a hurricane.

Delta became the 25th named storm on Monday in what has been an extremely active 2020 Atlantic hurricane season.

A second tropical storm, Gamma, is currently churning in the Gulf of Mexico. It's currently supposed to make landfall on Mexico's Yucatan Peninsula later this week.