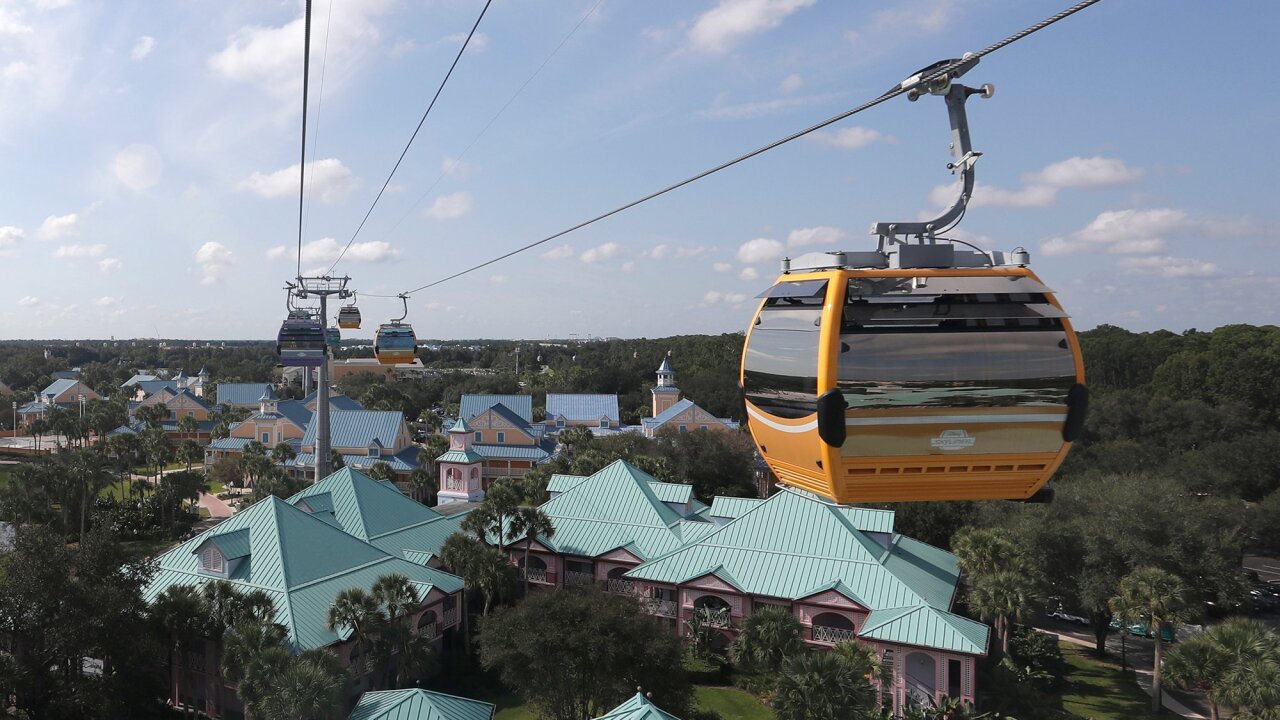 Walt Disney World lost a bit of its magic on Saturday night, as some visitors were left stranded on the theme park's new Skyliner gondola.

One of the the Skyliner's three routes "experienced an unexpected downtime," Disney said in a statement, according to CNN affiliate WKMG . The gondolas carry visitors between hotels and parks.

Passengers told CNN on Sunday they were left hanging for about three hours.

Emmie Palmer said she and a friend were stranded about three stories high along with three other woman in a gondola cabin.

The fire department arrived about 45 minutes after the ride stalled, Palmer said, but it took hours for her and her friend to be evacuated.

Courtney Cole, who was stranded with her boyfriend and six others in another gondola, said passengers were told there were emergency kits under the seats with water and first aid supplies.

Cole said she and her boyfriend, Aaron Murray, saw a woman being taken out on a stretcher.

"Evacuating two people at a time off of the Disney World Skyliner... could be very slow with 10 capacity gondolas," Murray tweeted along with photos of rescuers working.

Cole said the incident won't stop her from returning to Disney and riding the Skyliner again.

"Disney handled the situation well, given the circumstances," Cole said. "Accidents happen...I'm not blaming anyone."

There were no reports of injuries, according to WKMG.

The Skyliner opened to the public on September 29. It will remain closed "while we look into the details surrounding this downtime," Disney said, according to WKMG.

Passengers who were stranded were compensated with free park tickets and gift cards, Palmer and Cole said.