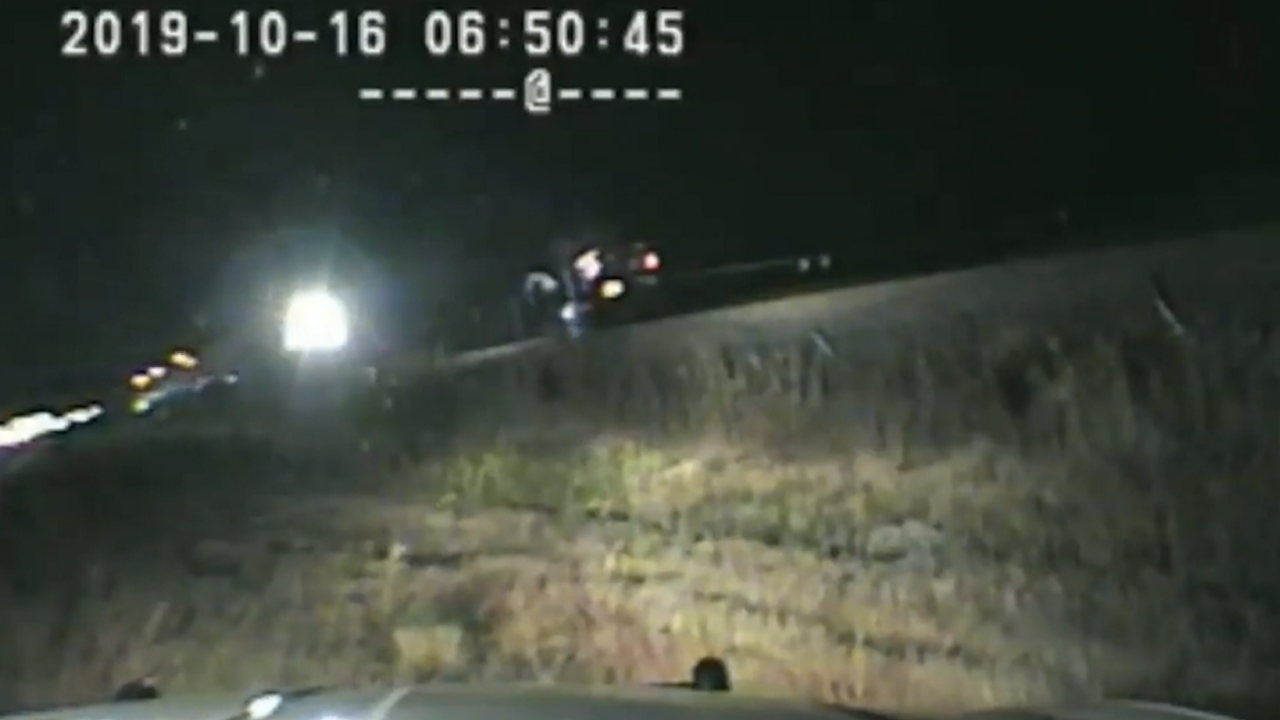 CENTERVILLE, Utah — Utah Highway Patrol officials have released dash camera video showing the moment a trooper pulled a driver out of a vehicle seconds before it was struck by a Utah Transit Authority FrontRunner train Wednesday morning.

The incident happened around 6:50 a.m. on a section of track between Pages and Parrish Ln. in Centerville.

Trooper Ruben Correa is credited with saving the life of a driver who had some type of medical condition that resulted in getting his SUV stuck on train tracks.

"I observed there was a driver still in the vehicle unconscious. I saw he was unconscious, so I opened his door explain to him that we had to get out. He wasn't responding and I heard the horn from the train. I looked to my left and observed that that train was coming pretty fast," Correa told KTSU.

Correa said he was just doing his job, and his main concern was getting the SUV driver back to his family.

Because of Correa's quick and heroic actions, both men are safe and able to return to their families Wednesday.

The crash caused some delays for drivers on southbound I-15 and FrontRunner passengers.

This story was originally published by David Wells and Rebecca Green at KTSU.