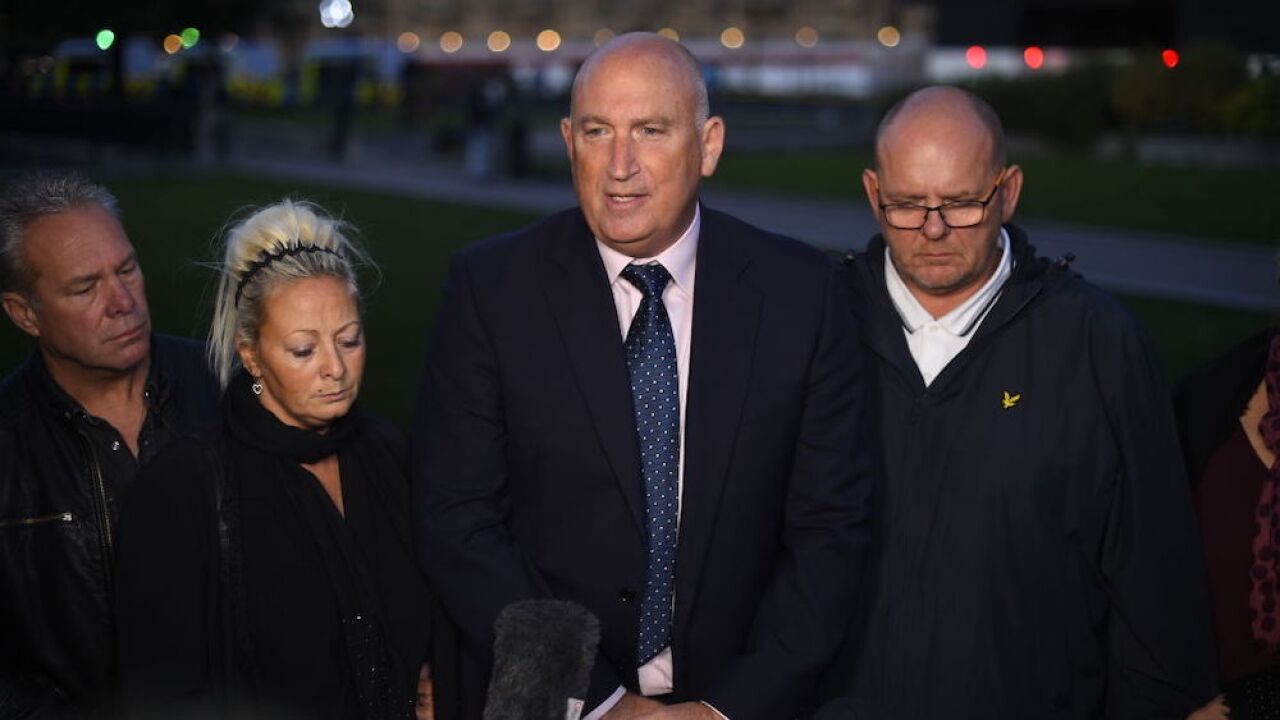 The family of a British teenager killed in a road crash allegedly involving the wife of a US diplomat met President Donald Trump at the White House on Tuesday, who surprised them by saying the suspect was in the same building.

Harry Dunn's mother said the family declined the offer to meet the woman, Anne Sacoolas, because they wanted the encounter to take place in the UK.

Dunn died on August 27 in Croughton, Northamptonshire, which is home to a Royal Air Force station controlled by the US Air Force. He was allegedly struck by a car driven on the wrong side of the road by Sacoolas, the wife of a US diplomat stationed in the UK .

Sacoolas originally cooperated in the case, British police have said, but she then left the country despite assuring them she would remain in the UK.

The Dunn family has appealed for Sacoolas to return to the UK , and have asked Trump to intervene.

Radd Seiger, the family's spokesperson, said the family will "determine next steps shortly."

Speaking to British TV station Sky News, Harry Dunn's mother Charlotte Charles said Trump told the family during their White House visit that Sacoolas was waiting in another room and was willing to meet them.

Charles said "the bombshell was dropped" shortly after the meeting began. "Anne Sacoolas was in the building and was willing to meet with us," she told Sky News.

Charles said the family refused the meeting. She said they "would still love to meet with her but it has to be on our terms and on UK soil."

"So we went round in circles for a few minutes after that," Charles added.

Seiger told the BBC that the meeting felt a bit like "an ambush."

"I thought we were coming down to have a debate on the diplomatic immunity law and it soon became clear to us that the real reason for inviting us down was to try and get Charlotte and Mrs Sacoolas in a room together and then I looked to my side and I saw at least three photographers ready to almost almost ... do a press call," he said.

"I think the family feel a little bit ambushed to say the least," he added.

Under the 1961 Vienna Convention, diplomats and their family members are typically immune from prosecution in their host country.

The US State Department told CNN Saturday that diplomatic immunity is "rarely waived."

However, the UK Foreign Secretary Dominic Raab said in a letter written to Dunn's family that Sacoolas' diplomatic immunity "is no longer pertinent."

"We have pressed strongly for a waiver of immunity, so that justice can be done... Whilst the US government has steadfastly declined to give that waiver, that is not the end of the matter," Raab said in the letter seen by CNN.

The Foreign Secretary continued that "the UK government's position is that immunity, and therefore any question of waiver, is no longer relevant in Mrs. Sacoolas' case, because she has returned home," he wrote.