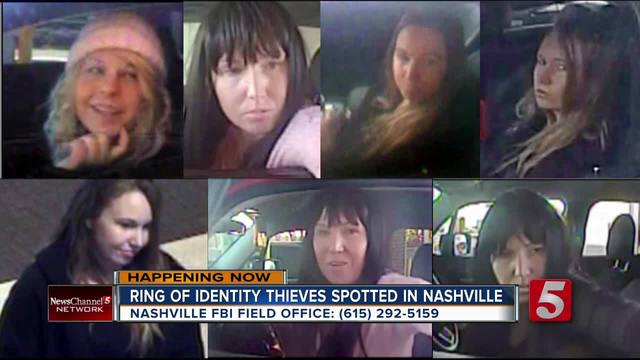 The Federal Bureau of Investigation has asked the public’s help in identifying members of a female gang who have been spotted in Middle Tennessee.

The Federal Bureau of Investigation has asked the public’s help in identifying members of a female gang who have been spotted in Middle Tennessee.

The FBI said Felony Lane Gang members use rental cars with tinted windows to watch you and your car in parking lots at gyms, daycares or anywhere someone might leave a purse in a car.

They have been spotted in Nashville, Mt. Juliet, Gallatin and several other towns around the Metro area.

When they see an opportunity, they'll swipe IDs, credit cards and checkbooks. Then, they hand all of that over to prostitutes and drug users they recruit to impersonate victims.

Those women take stolen checks and IDs to multiple banks to withdraw large amounts of money -- all before the victims have a chance to close their accounts.

According to authorities, they use the farthest window from the teller in bank drive-thru lanes. This drive-thru lane is commonly known as the "felony lane," which is what inspired their nickname.

Investigators said they’re known to use wigs and other disguises to impersonate their victims at banks. If you have information call the FBI office in Memphis at 615-232-7500.