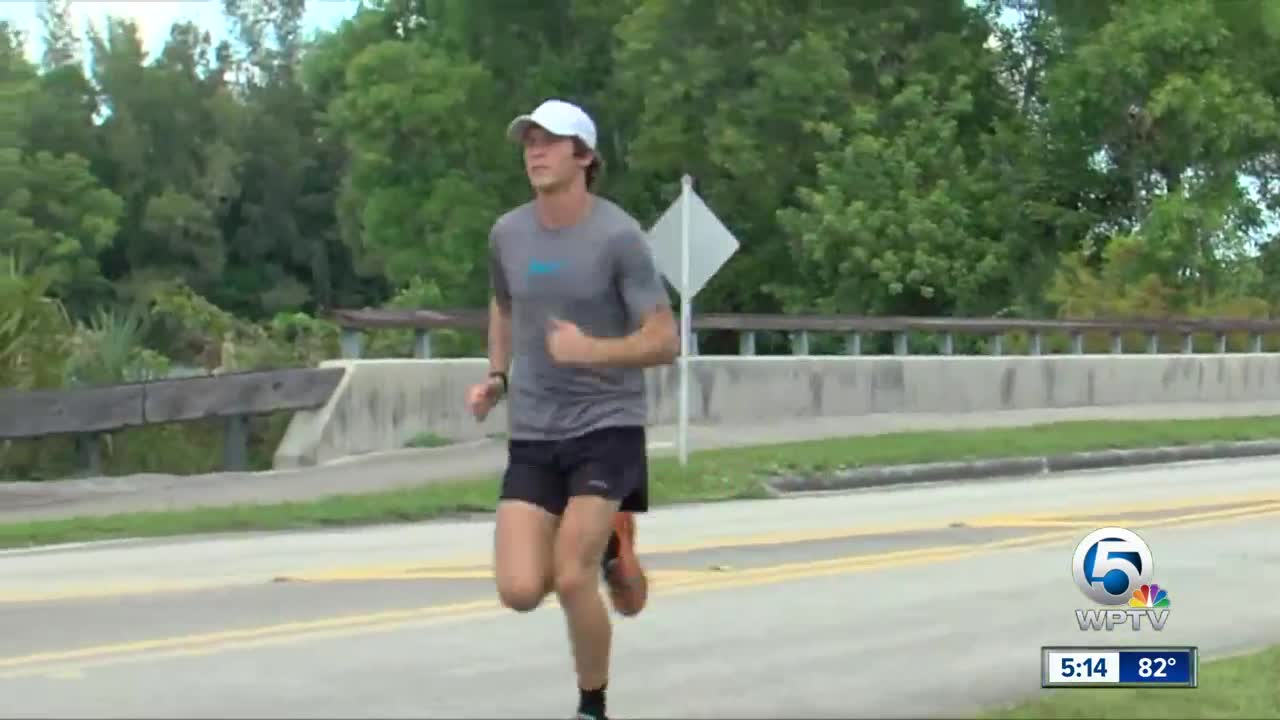 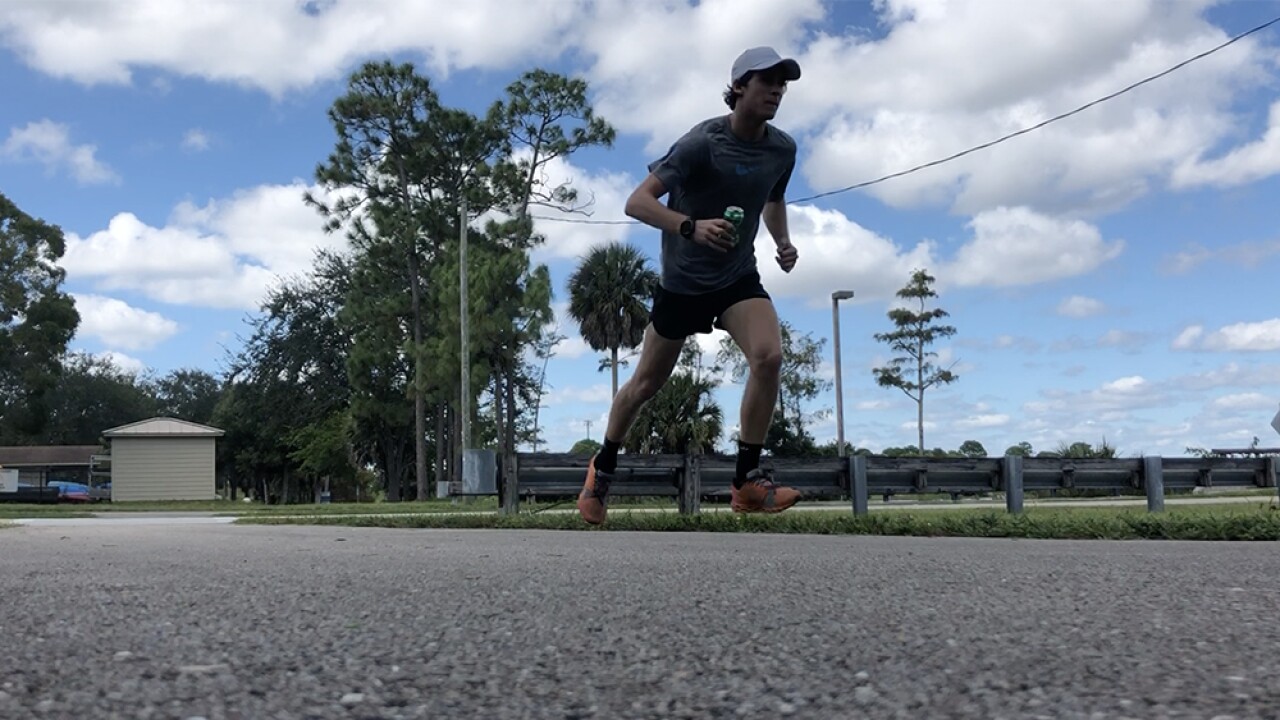 WELLINGTON, Fla. — A teenager from Florida is training to run seven marathons in seven days across Florida to raise awareness about the environment.

Charlie Richardson has been running since he was in elementary school.

"It's a good resetter for me," Richardson said.

Now the 18-year-old is chasing a dream and pounding the pavement inside Okeeheelee Park, training for no ordinary workout.

"This is our home, so if we can't save our home, the future generations that follow us are at risk," Richardson said.

Richardson is planning to run from Daytona Beach to Clearwater in December. That's 200 miles in one week.

"The run is going to be split up over seven days, which is why I'm calling it seven in seven," Richardson said.

It all began when Richardson started noticing litter and garbage on his runs.

"I actually counted on a five-mile run, there was like 42 pieces of garbage," Richardson said.

Richardson is also organizing beach cleanups leading up to his run, and he's making weekly YouTube videos about ways to reduce your carbon footprint.

Richardson is looking for others to join him, and he's hoping to empower people to change their daily habits.

"Ultimately, the smallest change I hope to spark in people is they recycle a little bit more and use a little bit less," Richardson said.

After the run, Richardson will start school at the University of Florida, where he'll major in computer programming. He also plans to try out for the Gators cross country team.

This story was originally published by Ryan Hughes on WPTV in West Palm Beach, Florida.