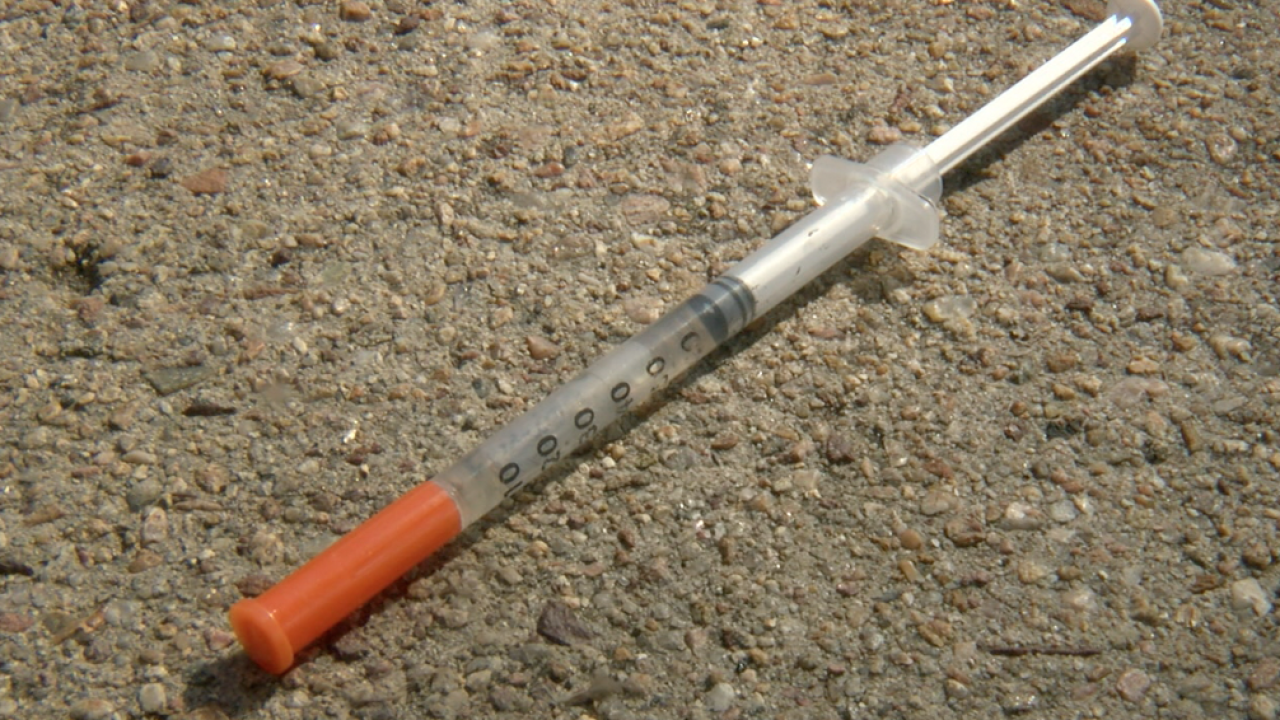 BOULDER, Colo. – A Boulder, Colorado, family says their son was stuck with a hypodermic needle while playing near a creek by the Park East Park. Now, the family is warning parents to have a talk with their children.

Wade Green says his four-year-old son was on a play date with another kid when he found a needle. Green’s son picked up the needle and started playing with it. The nanny who was watching him asked the four-year-old what it was and he said it was a pH meter.

It wasn’t until Green’s son made it home and showed the needle to his wife that someone realized what it was. The family lives near their pediatrician and immediately took their son to see him.

“Examining him a little further, (the doctor) noticed two needle marks in his hand,” Green said. “When it happens to your own child, it’s just a heart wrenching.”

So far, the four-year-old has taken two tests to see whether he has contracted a transmittable disease. He will have to undergo two more tests before being given the all-clear by doctors.

This is not the only time people in the community have found needles laying around.

“Two days before, a neighbor had told my wife that they had found a needle at the park east playground and they weren’t going to go there anymore because they didn’t feel like it was a safe place to take their kids,” Green said.

The nanny that was watching their son also found a needle along the road last weekend.

At the Boulder City Council meeting this week, Green brought up his concerns to local officials.

It was brought up the same night that the city council heard a presentation about the county’s program to give out clean needles to users. The Works Program began in 1989 and the county says it has been successful.

“It’s a program based on the principles of harm reduction. It serves people who inject substances. We treat everyone with dignity and respect,” said Carol Helwig, the communicable disease and HIV prevention coordinator with Boulder County Public Health.

The goal of the program is to prevent the transmission of HIV and Hepatitis B. Helwig says the program is helping keep users safe while not adding to the overall issue of drug use or the crime rate. However, the program does not require users to bring the needles back or to exchange one for another.

“I know that many people think that it should be a one for one exchange where if you bring one needle then you get one needle, but that has not proven to have the impact that our program has had and reducing HIV and Hepatitis B in our community,” Helwig said.

Along with offering clean needles, the county also provides services within The Works program to try to help out.

Helwig says she doesn’t want the needles to be discarded in public places and there are numerous places spread around the city where people can safely discard them.

Green has mixed feelings about the program.

“I actually think it’s probably a good program. We just need to do better,” he said.

However, he points out that there is little incentive for people to return the needles or to dispose of them properly.

Beyond that, Green says the bigger issue he’d like to see the city address is homelessness.

“We also want to bring more awareness of how the growing homeless situation affects residents in the cities that are favorable to homeless people,” he said.

Green understands the need for the city and county to offer a range of services for people experiencing homelessness, however he believes they also have unintended consequences, like attracting more people to Boulder.

Green would like to see more done to help the residents to handle the effects these programs have.

For now, Green is speaking with his sons about the dangers of these needles and warning other parents to do the same.

“We wanted to make sure that parents know to maybe educate their children to not touching needles because we didn’t know we should be doing that ahead of time,” Green said.

He’s hoping bringing awareness to this issue will keep families safe and encourage the city to take a closer look at its cleanup program.

This article was originally written by Mehgan Lopez for KMGH.