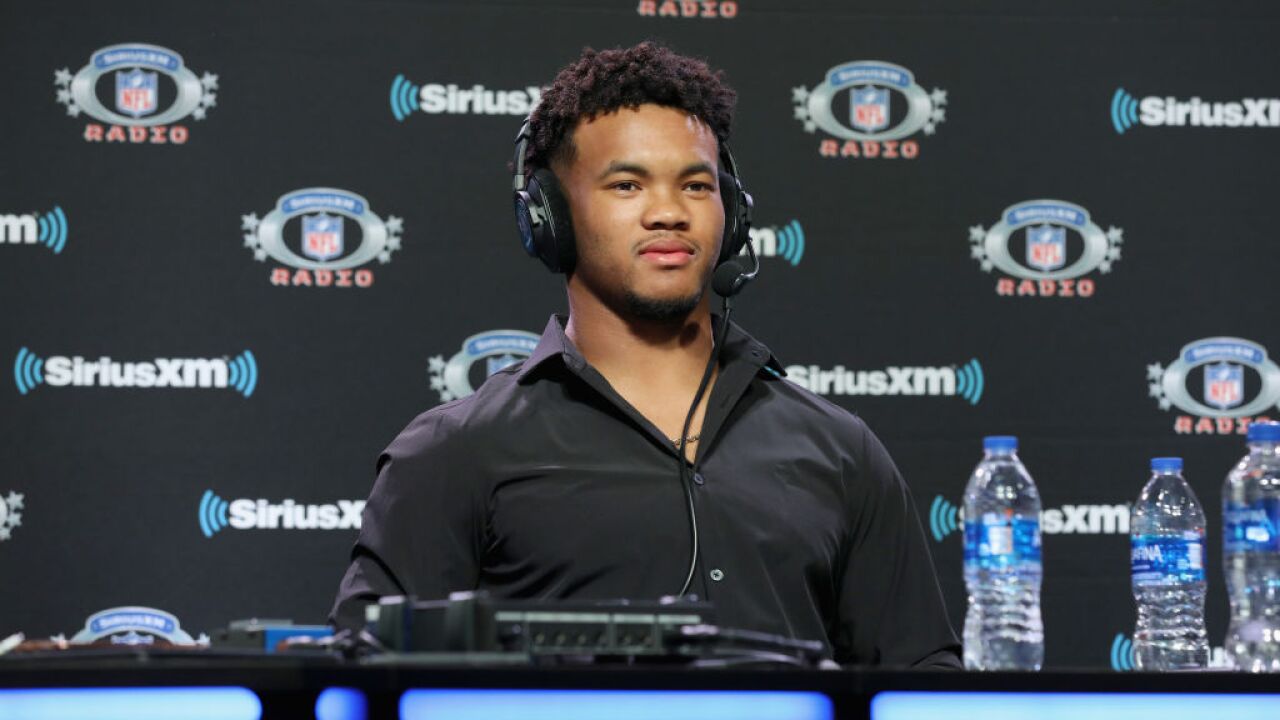 A year ago, it seemed that Kyler Murray was destined for a career as a star baseball player. But following an incredible 2018 season at Oklahoma that culminated in winning the Heisman Trophy, Murray has since spurned baseball to focus on football.

And on Thursday, it appears that was a winning strategy.

Murray was selected on Thursday as the No. 1 overall draft pick by the Arizona Cardinals.

For the fourth time in five years, a quarterback was selected No. 1 overall. Murray's selection also marks the third Oklahoma quarterback and Heisman Trophy winner to be selected first overall.

Meanwhile, Murray led his Oklahoma squad to the College Football Playoff, a Big 12 title and a 12-2 record.

This came after Murray was one of the top prospects in the Oakland A's organization. Murray was a top 10 draft pick in last year's MLB Draft.