Fort Worth police shooting: Officer who shot woman in her own home has resigned, could face charges

Police bodycam footage shows a Fort Worth police officer shot and killed a woman through her window as she sat in her home early Saturday morning. A concerned neighbor had called for a welfare check moments before the shooting. 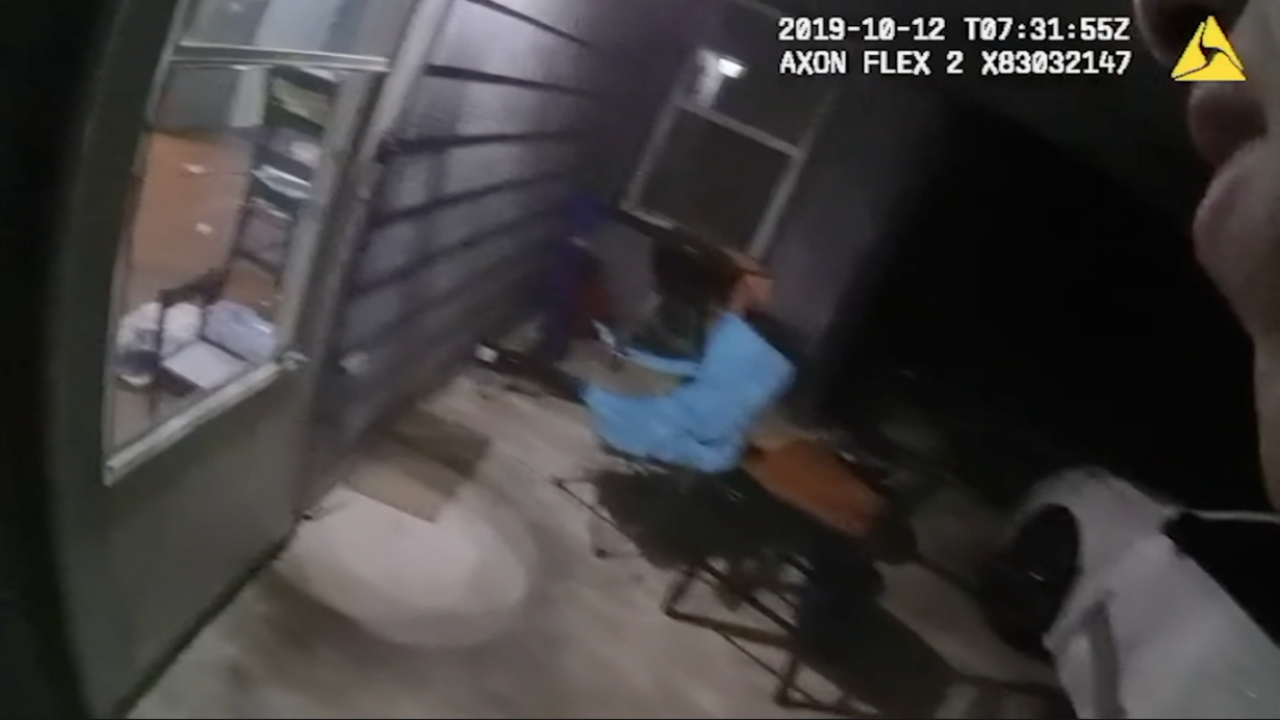 Jefferson, 28, was killed around 2:30 a.m. Saturday after a neighbor called dispatchers to report the woman's front door was open, police said.

Fort Worth Mayor Betsy Price said the killing of Jefferson was unjustified.

"I'm so sorry. On behalf of the entire city of Fort Worth, I'm sorry," Price told reporters Monday. "To Atatiana's family, it's unacceptable. There is nothing that can justify what happened on Saturday morning. Nothing."

A lawyer for Jefferson says an outside agency should be brought in to investigate the killing.

"We don't think that Fort Worth police should be investigating it on their own," attorney Lee Merritt told CNN Sunday. He said police reached out to his clients, but they'd rather talk with independent investigators about the shooting.

James Smith, Jefferson's neighbor, told the Fort Worth Star-Telegram he called a non-emergency police number when he saw her doors open and lights on in the early morning hours. Officers arrived and parked near but not in front of the residence, police spokesman Lt. Brandon O'Neil said Sunday at a news conference.

The officers were searching the perimeter of the woman's home when they saw a person standing inside near a window and one of them opened fire, killing her, police said.

Jefferson's 8-year-old nephew was in the room with Jefferson when the shooting occurred, O'Neil said. Merritt said Jefferson was playing video games with the boy.

O'Neil said the officer who fired the shots will be interviewed on Monday by the department's major cases unit.

Hours after the shooting, police released a heavily edited version of the officer's body camera footage. The nearly 2-minute video shows officers walking outside the home with flashlights for a few minutes before one of them yells, "Put your hands up! Show me your hands!" and shoots his weapon through a window.

"The Fort Worth Police Department is releasing available body camera footage to provide transparent and relevant information to the public as we are allowed within the confines of the Public Information Act and forthcoming investigation," police said.

In a statement, police said the officers entered the home and gave the woman medical treatment, but she died at the scene.

Police have not named the officer, who joined the department in April of last year. The officer has been placed on administrative leave pending the outcome of the investigation.

Smith, the neighbor who called police, told the Fort Worth Star-Telegram that he knew Jefferson was home with her nephew when he saw the doors of the house open, and was concerned about them.

He told the newspaper he was trying to be a good neighbor and called authorities so they could check on Jefferson.

"I'm shaken. I'm mad. I'm upset. And I feel it's partly my fault," he told the newspaper. "If I had never dialed the police department, she'd still be alive."

In the body camera video, when the officers first arrive at the house, the door is open and the lights are on, but no one can be seen.

The officers then walk around the home and into the dark holding a flashlight. At some point, one of them quickly approaches a window with his weapon drawn.

Within seconds, the officer yells, "Put your hands up! Show me your hands!" and fires through the window. He does not identify himself as a police officer before firing his weapon.

The officer drew his weapon and fired one shot after "perceiving a threat," police said. The officers found a firearm when they entered the room, the department's statement said.

The video released by police shows two mostly blurred clips that appeared to be from inside the home, showing a firearm.

At the Sunday news conference, a reporter asked O'Neil if Jefferson was holding that handgun when the officer shot. O'Neil declined to answer.

CNN requested the unedited body camera footage, an incident report and dispatch audio from the dispatch call that prompted the response. But a police spokesperson said nothing additional will be released at this time.

This was the ninth police-involved shooting in 2019 by Fort Worth Texas Police. Seven of those were fatal, according to O'Neil.

The department said that it "shares the deep concerns of the public and is committed to completing an extremely thorough investigation of this critical police incident to its resolution."

The Fort Worth Police Officers Association issued a statement Sunday that said, in part: "We are urging the Forth Worth Police Department to conduct a thorough and transparent investigation, and through that investigation we hope to gain clarity and understanding of what exactly transpired.

'There are a million questions'

Merritt , a civil rights lawyer, told CNN that Jefferson was a 2014 graduate of Xavier University with a bachelor of science degree in biology. She worked in pharmaceutical sales and had moved into her ailing mother's home to take care of her. She had three siblings.

"It's another one of those situations where the people that are supposed to protect us are actually not here to protect us," Jefferson's sister, Amber Carr, told CNN affiliate KTVT. "You know, you want to see justice, but justice don't bring my sister back."

Merritt drew a parallel to another high-profile fatal police shooting in the region.

"Like most people in the Dallas-Fort Worth area, they were following the Amber Guyger trial fairly closely and were familiar with the issues at hand with the use of force by a police officer," he said.

Guyger was a white Dallas police officer who walked into a black man's apartment, thinking it was her own, and shot and killed the man . She was recently sentenced to 10 years in prison. Merritt represents the family of the slain man, Botham Jean.

Merritt has started a "Justice For Atatiana Jefferson" Gofundme page .

"There was no reason for her to be murdered," the page says. "None."