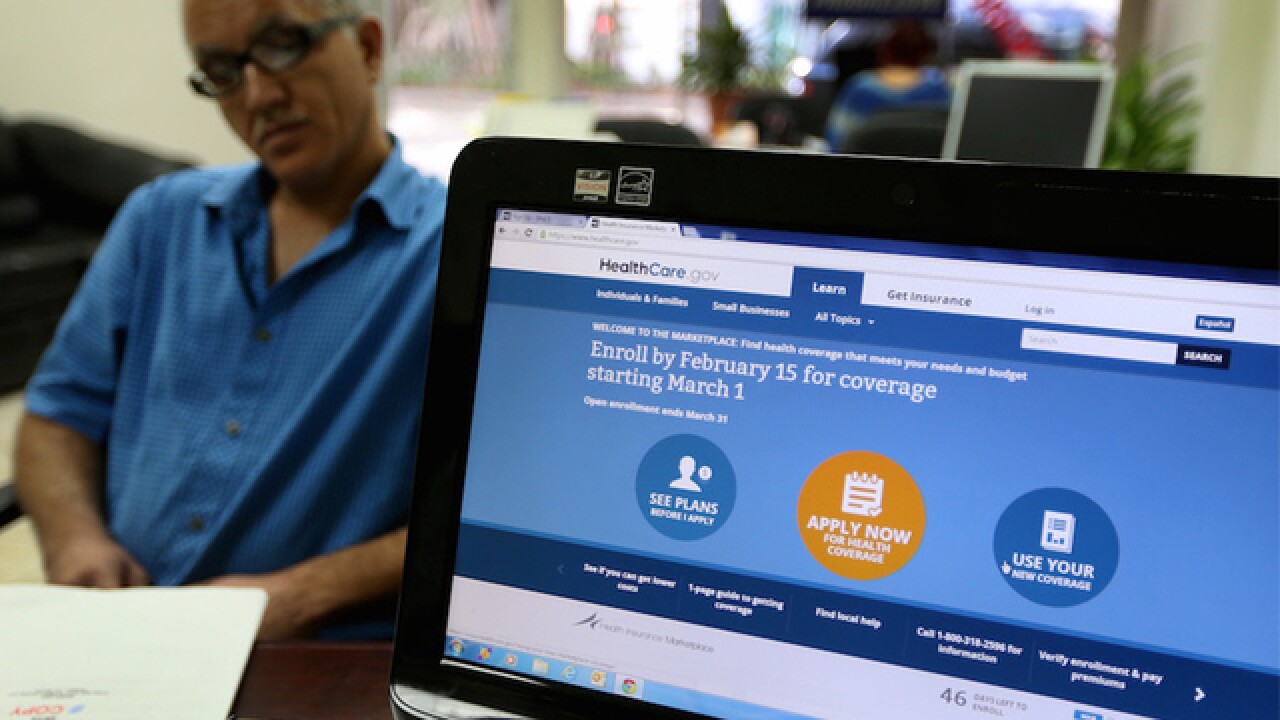 House Democrats are threatening to take further action if the Trump administration does not comply with their request for information about how the Department of Justice decided it would argue in court that the Affordable Care Act was unconstitutional.

In new letters to the Department of Justice and White House Counsel's office, five Democratic Committee chairmen argue that they still have not received any documents pertaining to their April request for information.

"We requested that you produce eight categories of documents relating to the White House's involvement in this sudden and extremely troubling reversal," five Democratic Chairmen, Elijah Cummings of Oversight, Jerry Nadler of Judiciary, Frank Pallone of Energy and Commerce, Richard Neal of Ways and Means and Bobby Scott of Education and Labor, wrote in a letter to White House Counsel Pat Cipollone. "The White House failed to respond in any way to this request."

In the letter, Democrats write that "if the President and his administration truly stand by their decision to seek to eliminate health insurance coverage for millions of Americans, it is unclear why the White House would cover up its role in this unprecedented and disastrous reversal."

The chairmen write that they are setting May 24 as the new deadline for a response and that if they do not receive one "we will have no choice but to consider alternative means of obtaining compliance."

CNN has reached out to the White House for comment and has not yet received a response. A spokesman for the Justice Department declined to comment for this story.

The demand for documents comes as Congress and the Trump administration are engaged in an all-out standoff for information on a myriad of issues from Trump's finances to documents pertaining to the Mueller report and the President's policies on immigration.

In a filing with a federal appeals court earlier this year, the Justice Department made a dramatic reversal when it agreed with the ruling of a federal judge in Texas that invalidated the Obama-era health care law. Earlier this month, the Trump administration offered its first full argument for its reversal , arguing in new court filings that the entire law "should not be allowed to remain in effect." The government argues in the filings that the so-called "individual mandate" requiring Americans to have coverage is unconstitutional and that the rest of the law should therefore also be struck down, even if the government "might support some individual provisions as a policy matter."

The brief was filed with the conservative-leaning 5th US Circuit Court of Appeals, which will hear arguments in July and possibly tee up a Supreme Court case next term that could finally decide the fate of the law and render a decision during the heart of the presidential election.

California Attorney General Xavier Becerra, leading a coalition of 20 Democratic states, stepped in to defend the law when the administration declined to do so, arguing not only that the individual mandate remains constitutional but that even if it were struck down the rest of the law could stand. Becerra called the district court opinion an "assault on 133 million Americans with preexisting conditions." The Democratic-led House of Representative also is defending the law.