Image of Black chef being removed from Cream of Wheat packaging 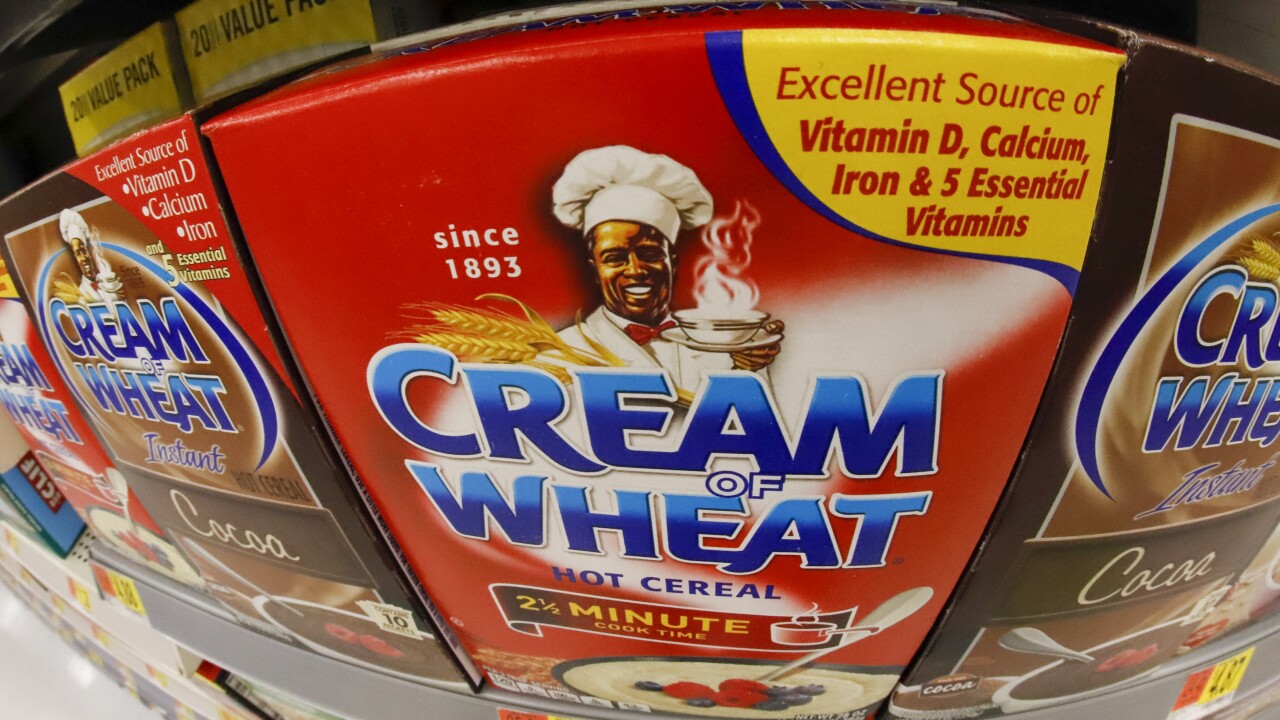 Copyright 2020 The Associated Press. All rights reserved.
Gene J. Puskar/AP
This is a display of Cream of Wheat products in a Walmart in Pittsburgh, Sunday, June 21, 2020. (AP Photo/Gene J. Puskar)

PARSIPPANY-TROY HILLS, N.J. – The smiling Black chef that’s been on Cream of Wheat packaging for decades is being removed.

In a statement obtained by USA Today and The New York Times, B&G Foods said that research indicates the image of the Black man may be based on an actual Chicago chef named Frank White, but it’s being removed because “it reminds some consumers of earlier depictions they find offensive.”

The removal comes after the company initiated a review of the packaging in June. At that time, the business wrote that it’s committed to evaluating its packaging and would take steps to ensure it does not inadvertently contribute to racism.

"B&G Foods unequivocally stands against prejudice and injustice of any kind," wrote the company.

It’s not immediately clear when customers can expect the Cream of Wheat packaging to be changed.

The Times reports that the character on the box was once named “Rastus,” a pejorative term for Black men, and that he was once depicted as a barely literate cook who didn’t know what vitamins were.

Cream of Wheat is the latest of several products which are being redesigned to remove racially insensitive imagery.

Earlier this month, it was announced that Uncle Ben’s rice products would be renamed Ben’s Original and the image of Uncle Ben would be removed. In June, Quaker Oats said it would rename and rebrand Aunt Jemima pancake syrup. Additionally, the Mrs. Butterworth brand is being reevaluated.

These changes are part of a ripple effect from the Black Lives Matter movement, which picked up steam following the police killings of Black men and women, including George Floyd and Breonna Taylor.