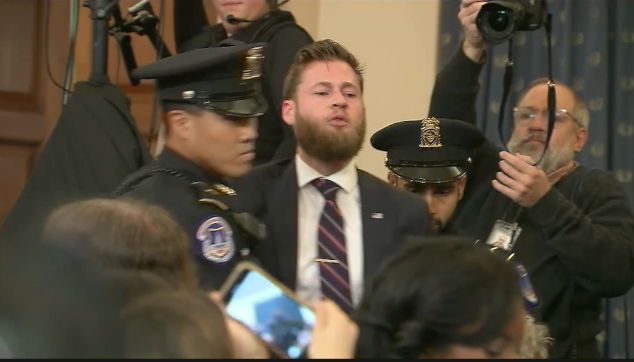 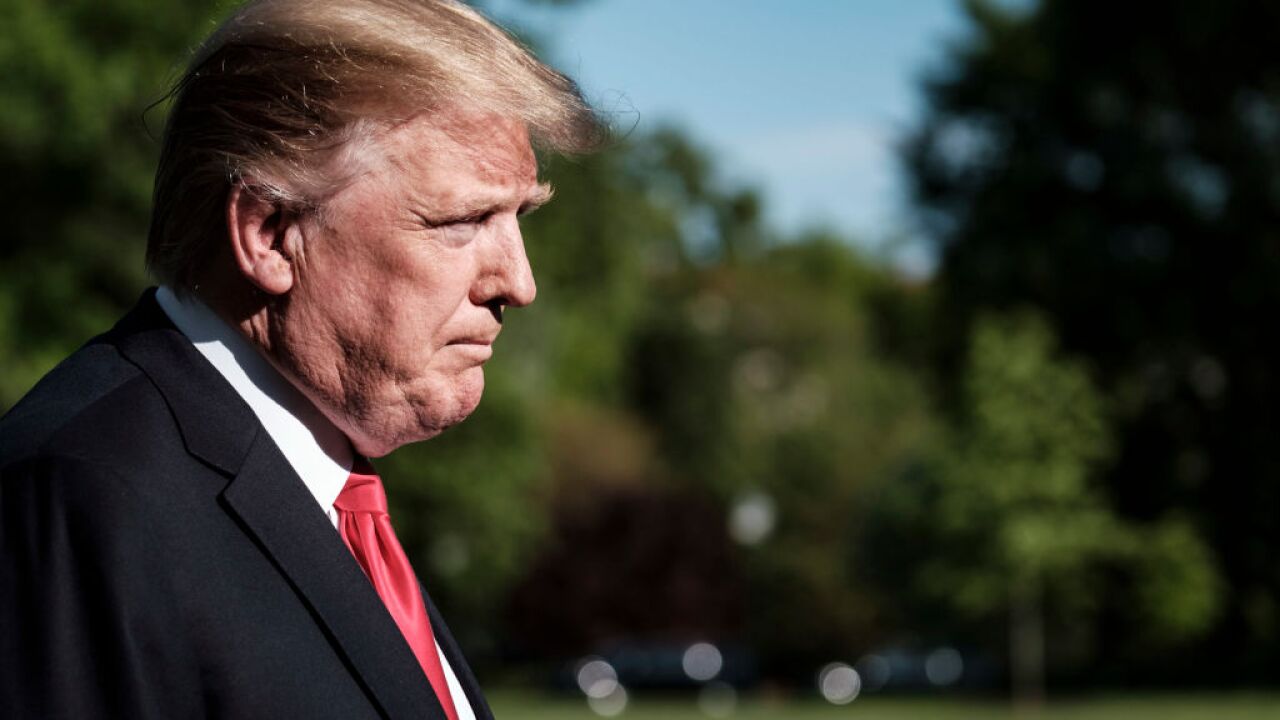 Below is LIVE video of the House Judiciary Committee's second impeachment inquiry:

House Judiciary Chairman Jerry Nadler on Monday accused President Donald Trump of putting "himself before country," at a hearing that kicks off a two-week sprint for Democrats likely to end in the third impeachment of a president in US history.

"If he puts himself before the country in a manner that threatens our democracy, then our oath — our promise to the American people — requires us to come to the defense of the nation," Nadler, a Democrat from New York, said in his opening statement at a Judiciary Committee hearing to hear the evidence on impeachment against the President.

Republicans shot back that the Democrats were rushing to impeach Trump in order to beat him in the 2020 election, forcefully objecting to the impeachment hearing while throwing up procedural objections to the process that Nadler dismissed.

"This may though become known as the focus-group impeachment," said Rep. Doug Collins of Georgia, the top Republican on the House Judiciary Committee. "Because we don't have a crime, we don't have anything we can actually pin and nobody understands really what the majority is trying to do except interfere and basically make sure they believe the President can't win next year if he's impeached."

The objections to the hearing began as soon as Nadler started his opening statement, as a protester in the audience shouted down the Judiciary Committee chairman before being removed by US Capitol police. Republicans on the committee then took up their own objections, demanding a hearing for the witnesses they want to hear from and accusing Nadler of "a steamroll."

Collins knocked Democrats for not having House Intelligence Chairman Adam Schiff, a California Democrat who led a series of impeachment hearings in his committee, testify before the Judiciary panel, as Intel's counsel will be present and answer questions at Monday's hearing. Rep. Devin Nunes of California, the top Republican on the House Intelligence Committee, was seated behind the Republican counsel as Monday's hearing got underway.

Monday's hearing is intended to give Democrats the chance to make their case against the President as they push forward on an impeachment vote that could take place before Christmas , while Republicans are expected to mount a vigorous defense of the President and protest how Democrats have handled the impeachment proceedings.

Lawyers for the House Judiciary and Intelligence committees will make opening arguments and present the evidence at Monday's hearing before facing questions from the Judiciary panel -- a lengthy event that's likely to be the final public hearing before Democrats take up articles of impeachment in the Judiciary Committee later this week.

Staff present case for and against Trump

The diametrically opposing views between Democrats and Republicans on impeachment — where they have failed to agree on basic facts and what they mean — underscores the intense partisan fight that's continued to escalate as an impeachment vote has drawn closer.

Presenting the Democrats' case, House Judiciary Committee counsel Barry Berke described a pattern of Trump's behavior dating back to his call for Russia to find Democratic nominee Hillary Clinton's emails during the 2016 election.

"Given what happened with the Department of Justice investigation, given what's happening here, if in fact President Trump can get away with what he did again, our imagination is the only limit to what President Trump may do next or what a future president may do next to try to abuse his or her power to serve his own personal interest over the nation's interest," Berke said.

Republican counsel Steve Castor laid out his own pattern — one that he says shows the Democrats were working to impeach the President since the day he took office. Castor pointed out all of the Democratic investigations into the President across the House committees, from the testimony of Michael Cohen to the lawsuit to obtain the President's tax returns , to argue the impeachment inquiry has been long in the making.

"The record in the Democrats' impeachment inquiry does not show that President Trump abused the power of his office or obstructed Congress," Castor said. "To impeach a president who 63 million people voted for over eight lines in a call transcript is baloney."

Ukraine will be the dominant focus Monday, as House Intelligence Committee counsel Daniel Goldman will lay out the committee's investigation and will be the one answering questions during the bulk of the hearing. But Democrats say Ukraine is a central piece of a larger narrative of Trump abusing his office.

While House Speaker Nancy Pelosi and senior Democrats have made clear they are proceeding on impeachment, House Democrats are still debating whether the articles should narrowly focus on Ukraine or to expand the scope of the articles to include the allegations detailed by former special counsel Robert Mueller .

Debating what to do about Mueller

As Democrats debate including Mueller's evidence, Trump's conduct as detailed in the special counsel's report was part of the discussion on Monday.

Still, Schiff, a California Democrat, seemed to indicate he did not support including the Mueller allegations in the impeachment articles.

"There is overwhelming evidence the President sought to coerce Ukraine into interfering in our election, essentially sought to cheat in our next election by getting a foreign government to weigh in," Schiff added. "That is a very serious business and it imperils our national security, it's a gross abuse of his office and the President also deeply sought to obstruct the investigation into that wrongdoing, and I think that is the gravamen of this offense here."

The White House on Friday said it would not participate in the Judiciary Committee proceedings, telling the committee in a letter Friday the impeachment inquiry was "completely baseless" and a "reckless abuse of power."

Cicilline, in response to Trump's tweet, tweeted a selfie of the three of them and Rep. Joe Neguse of Colorado from inside the hearing room where Democrats on the House Judiciary Committee met Saturday and Sunday to prepare for Monday's hearing.

"While you're busy tweeting insults, we're busy working to honor our oath of office to protect and defend the constitution and safeguard our democracy," Cicilline tweeted.

"We need to listen, we need to go through the hearing tomorrow and see what is said there," Jayapal said. "We do want to listen to the minority case, the minority's counsel, we want to make sure we have all that information in front of us, and then once that's done, we'll have a good sense of what's next."