Impeachment inquiry: Hill testifies that GOP claims that Ukraine meddled in 2016 are false 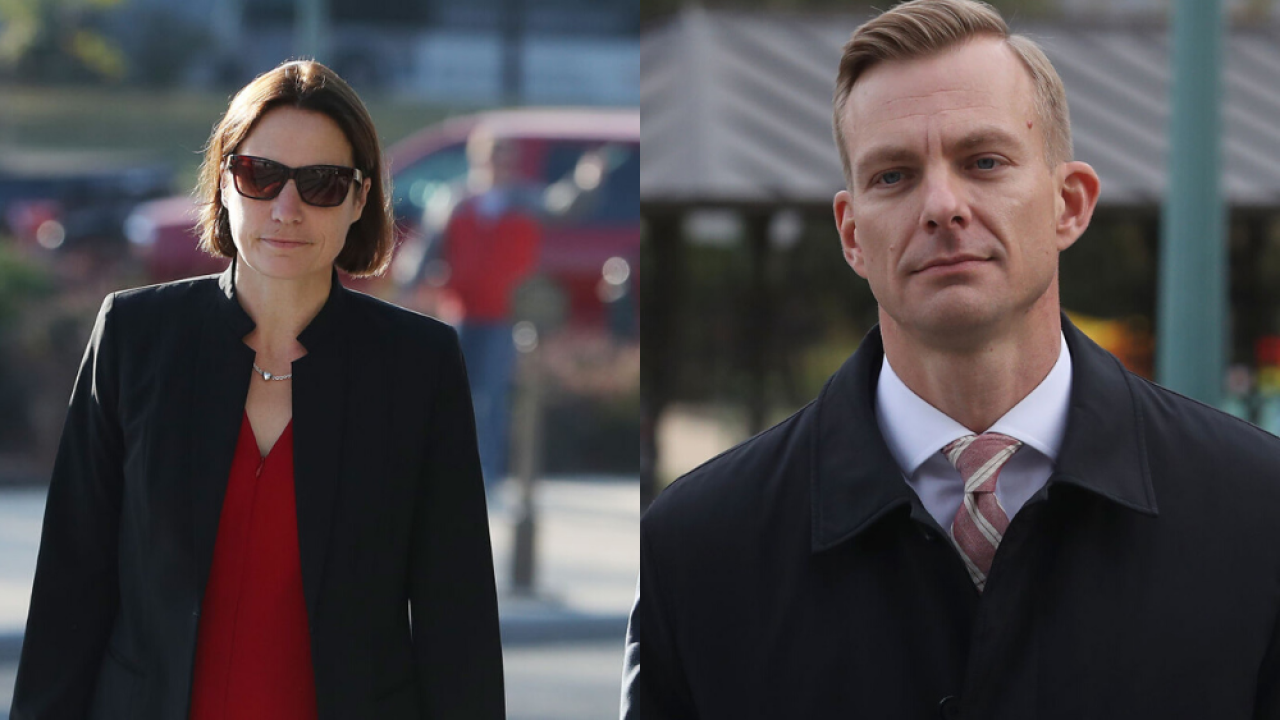 A former top White House official on Thursday delivered a full-throated rebuttal to the "fictional narrative" pushed by President Donald Trump and his GOP allies, while a US diplomat in the Ukrainian embassy provided impeachment investigators with a firsthand account of the President asking for an investigation of his political opponent.

Fiona Hill, who served as Trump's top Russia adviser until she left the administration this summer, warned the House Intelligence Committee as part of the impeachment inquiry's last scheduled public hearing that the Kremlin is prepared to strike again in 2020 and remains a serious threat to American democracy that the United States must seek to combat.

"Based on questions and statements I have heard, some of you on this committee appear to believe that Russia and its security services did not conduct a campaign against our country — and that perhaps, somehow, for some reason, Ukraine did," Hill said. "This is a fictional narrative that has been perpetrated and propagated by the Russian security services themselves."

Hill is testifying on Capitol Hill on Thursday alongside David Holmes , the counselor for political affairs at the US Embassy in Ukraine, who was thrown into the middle of the impeachment inquiry after he told his boss, US diplomat Bill Taylor, that he overheard a call between Trump and US Ambassador to the European Union Gordon Sondland .

Watch the proceedings live in the player below.

Holmes told lawmakers that he came forward with his account after reading reports on the impeachment inquiry noting "the lack of 'first-hand' evidence" and suggestions that the evidence being offered was "hearsay."

"I came to realize I had first-hand knowledge regarding certain events on July 26 that had not otherwise been reported, and that those events potentially bore on the question of whether the President did, in fact, have knowledge that those senior officials were using the levers of our diplomatic power to induce the new Ukrainian President to announce the opening of a criminal investigation against President Trump's political opponent," Holmes said.

Holmes explained that he heard Trump ask Sondland, "So, he's gonna do the investigation?" Sondland replied, "He's gonna do it."

In her brief opening statement , Hill offered a strong pushback to the claims peddled by Trump, his personal attorney Rudy Giuliani and some congressional Republicans that Ukraine may have interfered in the 2016 elections to help Hillary Clinton.

The remarks also offer a more subtle jab at some of Hill's former colleagues who have refused to do what she is doing: appearing before the impeachment committees and detailing her experience.

"I believe that those who have information that the Congress deems relevant have a legal and moral obligation to provide it," she says in her opening statement. Former national security adviser John Bolton, Hill's former boss, is among those who've refused to cooperate with impeachment investigators' request to testify.

Multiple witnesses have said that the moving forward on the 2016 election interference investigation -- along with a probe into former Vice President Joe Biden and his son, Hunter -- amounted to conditions placed on the country before roughly $400 million in military aid for the country was released and a key meeting in Washington between Trump and Ukrainian President Volodymyr Zelensky could take place.

Both Giuliani and Trump have urged the Ukrainian government to announce probes into any role the country may have had in the 2016 elections, something Trump brought up himself in his now-infamous July phone call with Zelensky.

But Hill in her testimony argues that such a theory amounts to a fictional narrative at a time when the US should be focused on the real threat: Russia, which she warns could once again seek to interfere in the 2020 elections while the US is focused on Ukraine.

Hill added: "We should all be greatly concerned about what the Russians intend to do in 2020."

Rep. Devin Nunes, the ranking Republican on the House Intelligence Committee, pushed back on Hill's testimony. He suggested that Ukraine did in fact interfere in the 2016 election, while also pointing to the House Republican report on Russia election interference that was released last year. Nunes held up a copy of the 240-page report and passed them out to the witnesses.

"It's entirely possible for two separate nations to engage in election meddling at the same time, and Republicans believe we should take meddling seriously by all foreign countries, regardless of which campaign is the target," the California Republican said.

Holmes' testimony provided some of the most colorful episodes of the impeachment inquiry — as well as direct evidence that Trump was inquiring about Ukraine opening investigations with Sondland, the ambassador to the European Union, when he overheard Sondland's call with Trump the day after the President's July call.

Democrats have repeatedly cited Holmes' testimony that Sondland told him Trump "did not give a s--t" about Ukraine, and only cared about "big stuff" that benefits him like the investigation of the Bidens. Sondland on Wednesday did not dispute that he would have said Trump didn't care about Ukraine, but he did disputing bringing up the Bidens.

A descendant from generations of coal miners from the United Kingdom, Hill testified Thursday about her family's immigrant roots and why she dedicated her career to work on foreign policy, serving under both Democratic and Republican presidents. She said she believes it's her patriotic duty to answer all questions from the committee about the events that she witnessed.

"If the President, or anyone else, impedes or subverts the national security of the United States in order to further domestic political or personal interests, that is more than worthy of your attention," Hill told lawmakers. "But we must not let domestic politics stop us from defending ourselves against the foreign powers who truly wish us harm."

Hill's testimony provided key details about what went on inside the White House on July 10, when US officials met with a Ukrainian delegation and Sondland raised the prospect of Ukraine opening investigations. Hill testified last month behind closed doors that Bolton abruptly shut down the meeting, and then told Hill to follow Sondland when he convened a side conversation with the Ukrainians. She testified that Sondland told the Ukrainians that he had an agreement with acting White House chief of staff Mick Mulvaney for a White House meeting if the Ukrainians went forward with the investigations.

Hill previously testified that Bolton said he was not going to be part of "whatever drug deal Sondland and Mulvaney are cooking up on this," in what was the first indication from the House impeachment inquiry depositions that Mulvaney was involved with the push for investigations.

Hill said that she reported her concerns after the July 10 meeting to National Security Council attorney John Eisenberg, one of several officials to report concerns to Eisenberg over Ukraine.

In her deposition, Hill also said she was "extremely concerned that whatever it was that Mr. Giuliani was doing might not be legal," pointing to his work with two associates, Lev Parnas and Igor Fruman. Both were indicted last month on campaign finance charges.