Over 50 killed in stampede at Qassem Soleimani's funeral

CNN International Security Editor Nick Paton Walsh analyzes the Iranian response to the killing of its top general, and the resulting threats aimed at the United States. 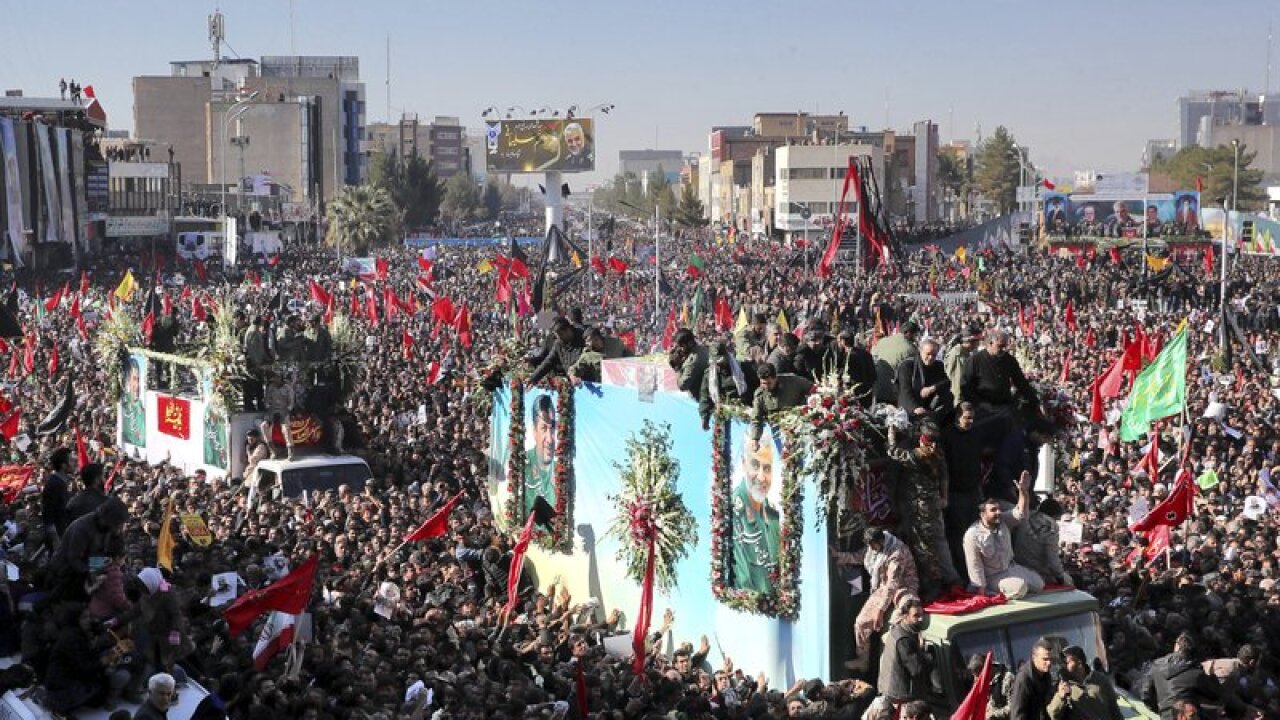 Iranian state TV says a stampede at the funeral for a top general slain in a U.S. airstrike has killed 56 people and injured 213 others.

Thousands of mourners had surrounded the coffin of Revolutionary Guard Gen.

Qassem Soleimani in his hometown of Kerman when the crush occurred. It was unclear what set off the stampede.

Online videos showed people lying lifeless on a road and others shouting and administering CPR.

Soleimani's burial has been delayed, as officials have grown concerned about the large crowds that may attend.

Soleimani's death has brought calls across Iran to take revenge against America, drastically raising tensions across the Middle East. On Tuesday, U.S. Secretary of State Mike Pompeo defended Soleimani's assassination, saying that "it was the right decision."

The U.S. warned ships of an unspecified threat from Iran across the region's waterways that are crucial routes for global energy supplies, and are prepared for a potential Iranian drone strike against military assets.