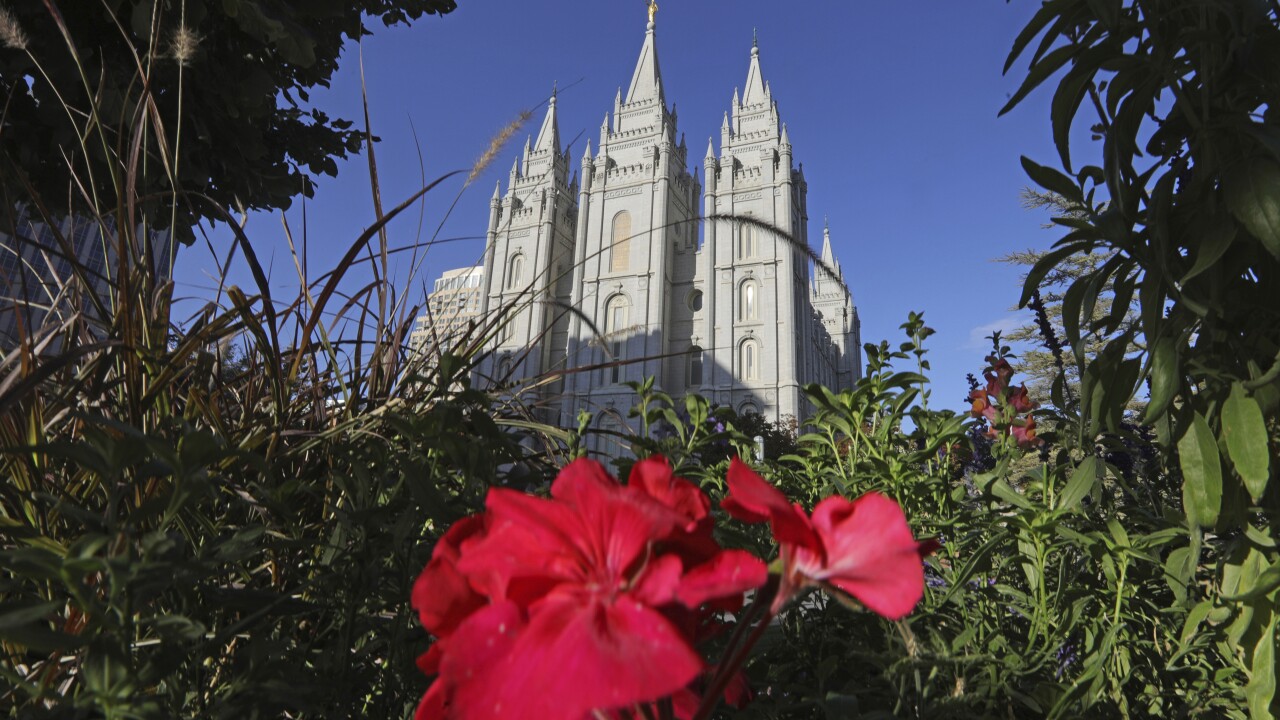 The Church of Jesus Christ of Latter-day Saints issued a statement Tuesday saying they oppose a proposed rule that would ban "conversion therapy" in Utah.

Lawmakers in Utah are considering changes to the state's psychological licensing board that would prohibit the practice of conversion therapy on minors.

Conversion therapy, also known as “reparative therapy,” is a practice that claims to change a person’s sexual orientation or gender identity or expression. LGBTQ advocates and several reputable medical and psychological organizations, such as the American Psychiatric Association and the American Medical Association, have denounced conversion therapy.

In addition, a 2007 report from the APA found that "efforts to change sexual orientation are unlikely to be successful and involve some risk of harm."

The LDS Church opposes Utah's proposed ban on the grounds that it is "ambiguous" and overreaching. The concerns come from the Mormon church's Family Services division, according to Tuesday's statement.

"As detailed in the comments submitted by Family Services, the Church is concerned that the proposed professional licensing rule is ambiguous in key areas and overreaches in others," the statement reads. "For example, it fails to protect individual religious beliefs and does not account for important realities of gender identity in the development of children. We therefore oppose the proposed rule in its current form and respectfully request that it be appropriately amended to address the concerns raised in Family Services’ comments, or that Utah’s lawmakers provide statutory guidance on this important issue."

The LDS Church's concerns aren't surprising, considering there is a strong connection between conservative religious backgrounds and the use of conversion therapy, according to the 2007 report from the APA.

"Even though the research and clinical literature demonstrate that same-sex sexual and romantic attractions, feelings and behaviors are normal and positive variations of human sexuality, regardless of sexual orientation identity, the task force concluded that the population that undergoes SOCE (sexual orientation change efforts) tends to have strongly conservative religious views that lead them to seek to change their sexual orientation," the report states. "Thus, the appropriate application of affirmative therapeutic interventions for those who seek SOCE involves therapist acceptance, support and understanding of clients and the facilitation of clients’ active coping, social support and identity exploration and development, without imposing a specific sexual orientation identity outcome."

Utah Gov. Gary Herbert and the state's licensing board have already expressed support for the ban.

The APA has been vocal of its opposition to conversion therapy since 1998. The organization reiterated their opposition in 2018.

If the proposed rule is passed, Utah will join 17 other states and Washington, D.C. in banning conversion therapy for minors, according to the Human Rights Campaign.