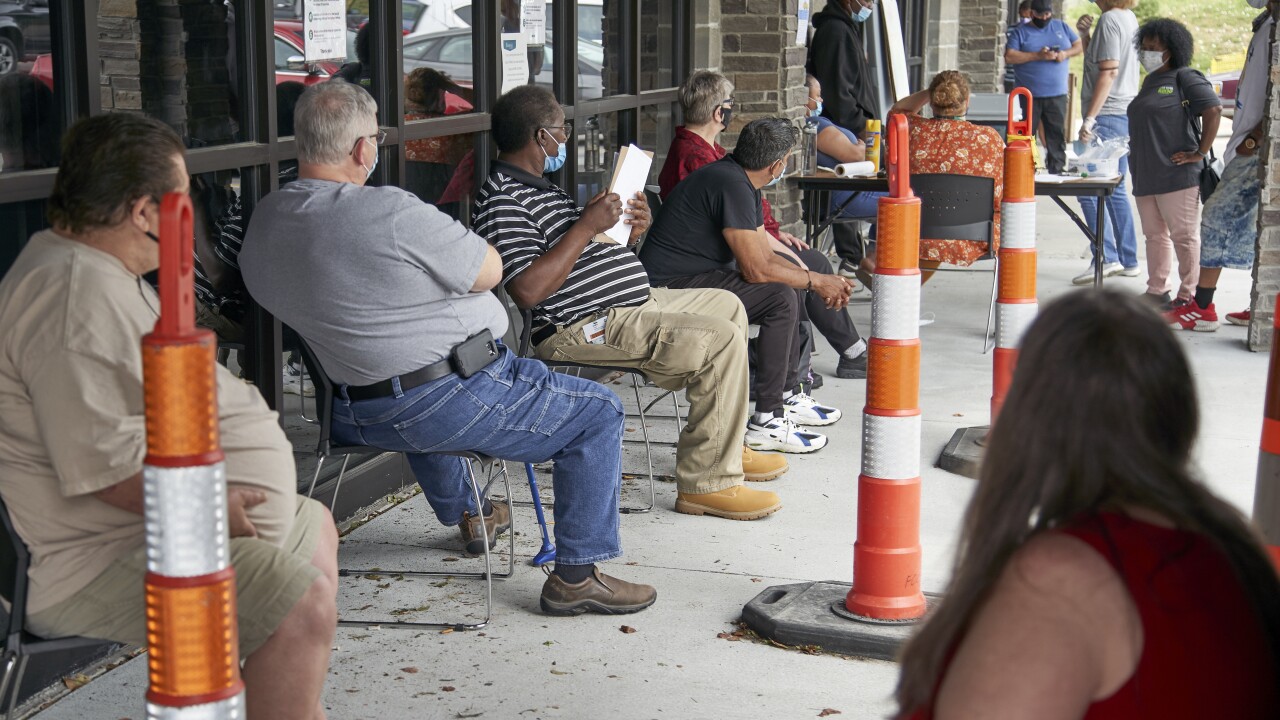 Copyright 2020 The Associated Press. All rights reserved
Nati Harnik/AP
FILE - In this July 15, 2020, file photo, job seekers exercise social distancing as they wait to be called into the Heartland Workforce Solutions office in Omaha, Neb. A Republican proposal to slash the $600 weekly benefit boost for those left jobless because of the coronavirus shutdown could result in weeks or even months of delayed payments in some states. (AP Photo/Nati Harnik, File)

The new jobless claims were down by 249,000 from the previous week after rising for two straight weeks.

Before the pandemic hit hard in March, the number of Americans seeking unemployment checks had never surpassed 700,000 in a week, not even during the Great Recession of 2007-2009.

On Friday, the government is expected to report a sizable job gain for July — 1.6 million. Yet so deeply did employers slash payrolls after the pandemic paralyzed the economy in March that even July’s expected gain would mean that barely 40% of the jobs lost to the coronavirus have been recovered.

All told, 16.1 million people are collecting traditional unemployment benefits from their state.