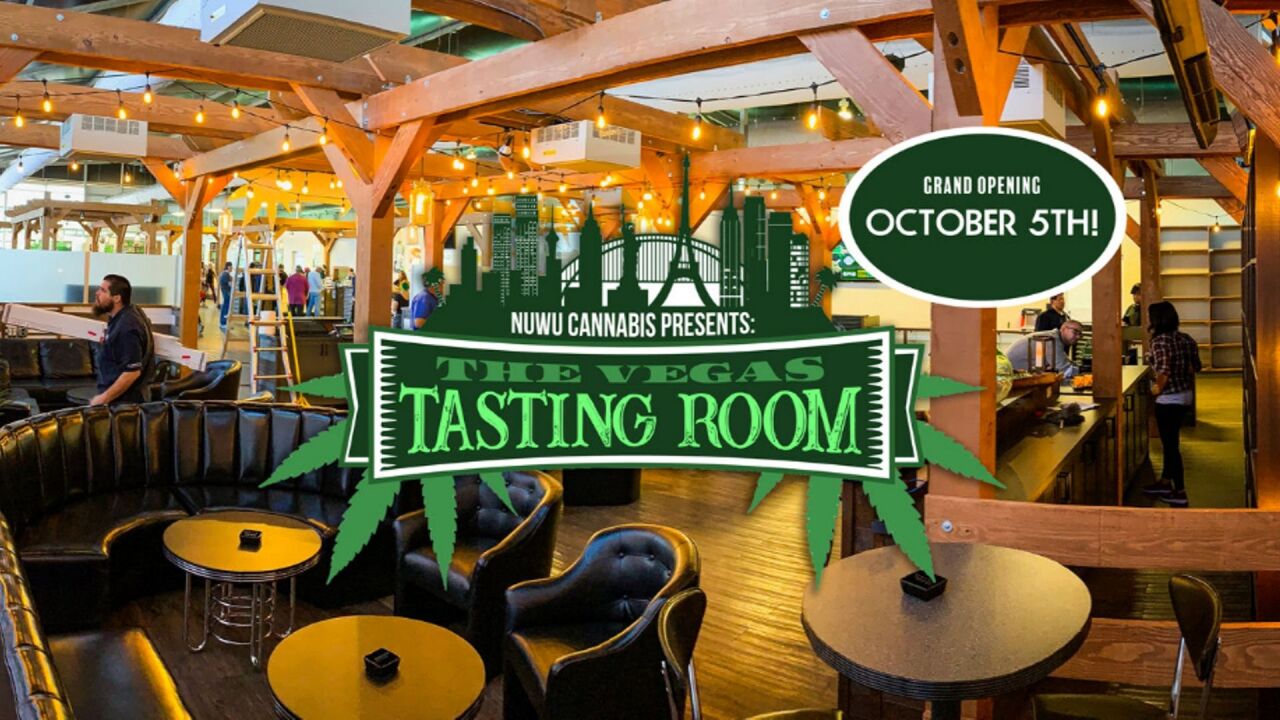 The first cannabis tasting room is set to open this weekend in the Las Vegas valley.

The NuWu Cannabis Marketplace is opening the doors on a new tasting room on Oct. 5 that will look like a bar or brewery but with flights of cannabis for customers to try.

Tasting room guests can select items from a menu and try samples before making a purchase, according to a news release about the new addition.

The room is also expected to be a place where customers can socialize with other cannabis connoisseurs from around the world. Servers will provide guests with several cannabis options along with devices such as pipes, bongs, and dab rigs.

The Vegas tasting room describes itself as the only private cannabis club with a dab bar and considered to be the safest, most enjoyable environment to consume cannabis products in town.

Las Vegas City Council members voted in favor of pot lounges earlier this year. However, Assembly Bill 533 was approved by Governor Steve Sisolak that placed a hold on pot lounges until 2021 for further research.

NuWu is located on tribal land. It is owned and regulated by the Las Vegas Pauite Tribe.

This story was originally published by Jordan Gartner at KTNV.