Northeast storm will intensify into a bomb cyclone, forecasters say 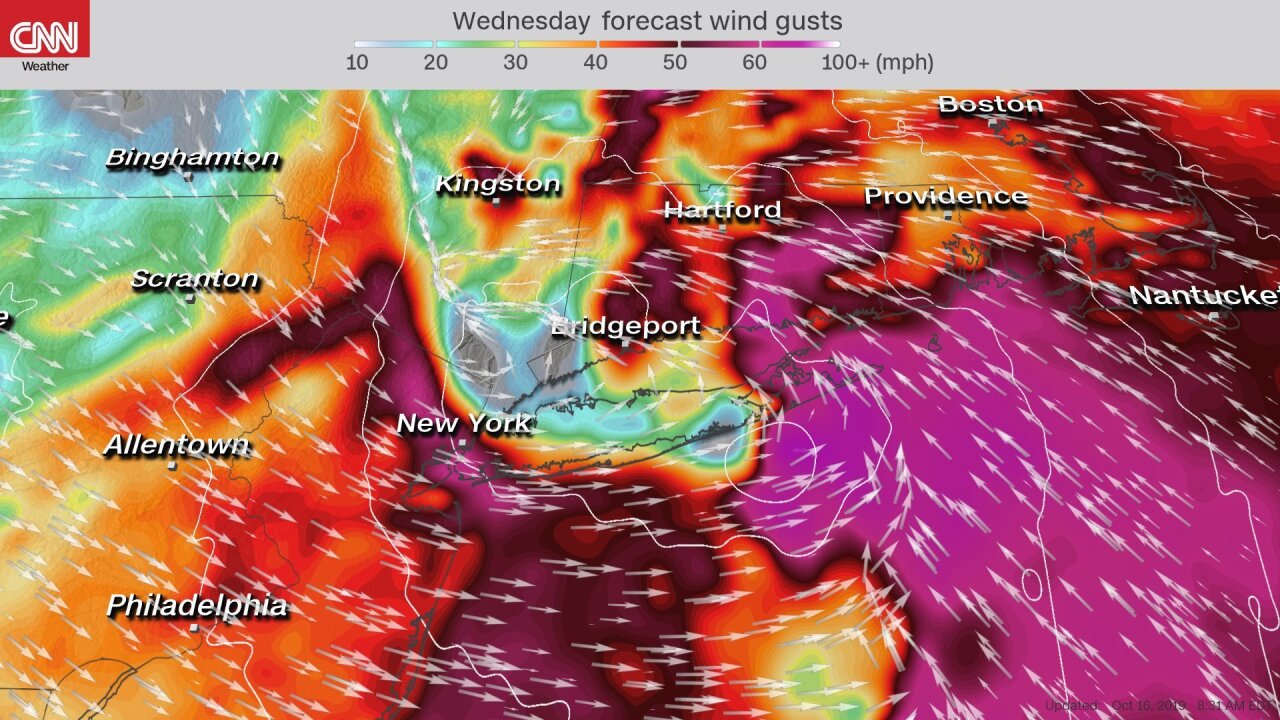 NEW YORK – A potential bomb cyclone is quickly taking shape along the eastern seaboard and is getting ready to wallop the Northeast. The storm is expected to begin rapidly intensifying later Wednesday morning.

The pressure of the system could drop more than 30 millibars in 24 hours -- making this a bomb cyclone, the National Weather Service in Boston said Wednesday .

"The system will have the equivalent low pressure of a Category 1 hurricane," said CNN meteorologist Dave Hennen.

Generally, a bomb cyclone is defined by a pressure drop of 24 millibars (a unit of pressure) within 24 hours.

Although it is not likely the storm will meet the criterion of a classic nor'easter, it will be just as strong as the storm that impacted the mid-Atlantic and Northeast last week, if not a little stronger.

Models are showing it will likely stay more onshore compared to the coastal storm last Friday.

Winds could reach tropical-storm force (39 mph+) with even higher gusts by Wednesday and Thursday for places such as New York City, Boston and Portland, Maine.

Some areas could top out with winds reaching more than 60 mph. With a majority of trees still holding on to most of their leaves, these winds could have an easier time bringing down trees and power lines, potentially cutting power to thousands of people.

Expect numerous flight delays and cancellations in New England Thursday and Friday, as the strong winds hold on until Friday evening before diminishing.

Torrential rainfall could lead to urban flooding in some areas

Many locations in the Northeast will receive 2-4 inches of rain, with isolated areas receiving up to 6 inches. The rain will taper off throughout the day on Thursday, then completely lift out of northern New England by Friday.

The storm will not be a major snow-maker for most of the region, except for a small portion of upstate New York.

This is the second coastal storm to impact New England in a week. Last week's storm sat off the coast of the mid-Atlantic, churning up seas and bringing a strong onshore wind that shredded beaches up and down the East Coast. It caused costly damage along the coast due to beach erosion and coastal flooding.