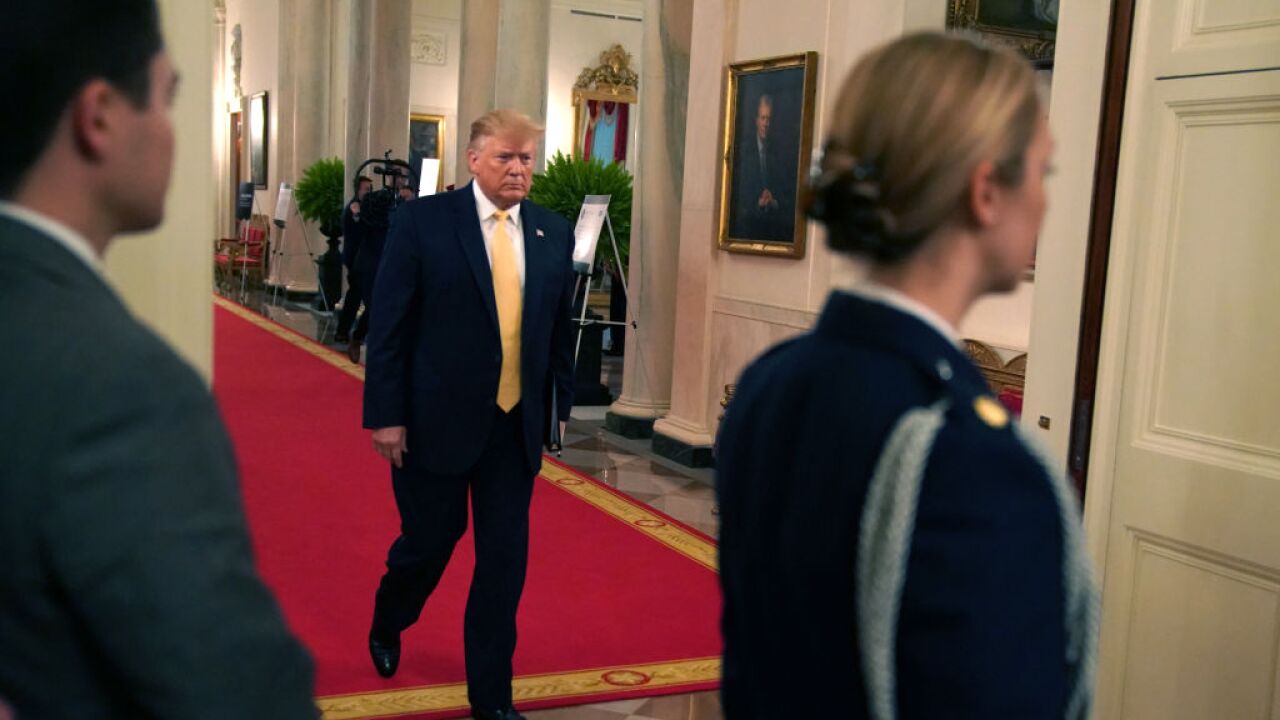 "The House cannot allow the President's characterization of immigrants to our country to stand. Our Republican colleagues must join us in condemning the President's xenophobic tweets," Pelosi wrote in a Dear Colleague letter to House Democrats.

The speaker went on to write, "Please join us in supporting a forthcoming resolution sponsored by Congressman Tom Malinowski, who was born abroad, and Congressman Jamie Raskin, along with other Democratic Members born abroad referencing President Ronald Reagan's last speech as President in which he said, 'Thanks to each wave of new arrivals to this land of opportunity, we're a nation forever young, forever bursting with energy and new ideas, and always on the cutting edge, always leading the world to the next frontier... If we ever closed the door to new Americans, our leadership in the world would soon be lost.'"

It's unclear when they will vote on the resolution.

The President is facing backlash from Democrats and some Republicans for his racist tweets over the weekend attacking progressive Democratic congresswomen and saying that they should "go back" to the "crime infested places from which they came."

On Sunday, the President tweeted , "So interesting to see 'Progressive' Democrat Congresswomen, who originally came from countries whose governments are a complete and total catastrophe, the worst, most corrupt and inept anywhere in the world (if they even have a functioning government at all), now loudly ... and viciously telling the people of the United States, the greatest and most powerful Nation on earth, how our government is to be run. Why don't they go back and help fix the totally broken and crime infested places from which they came."