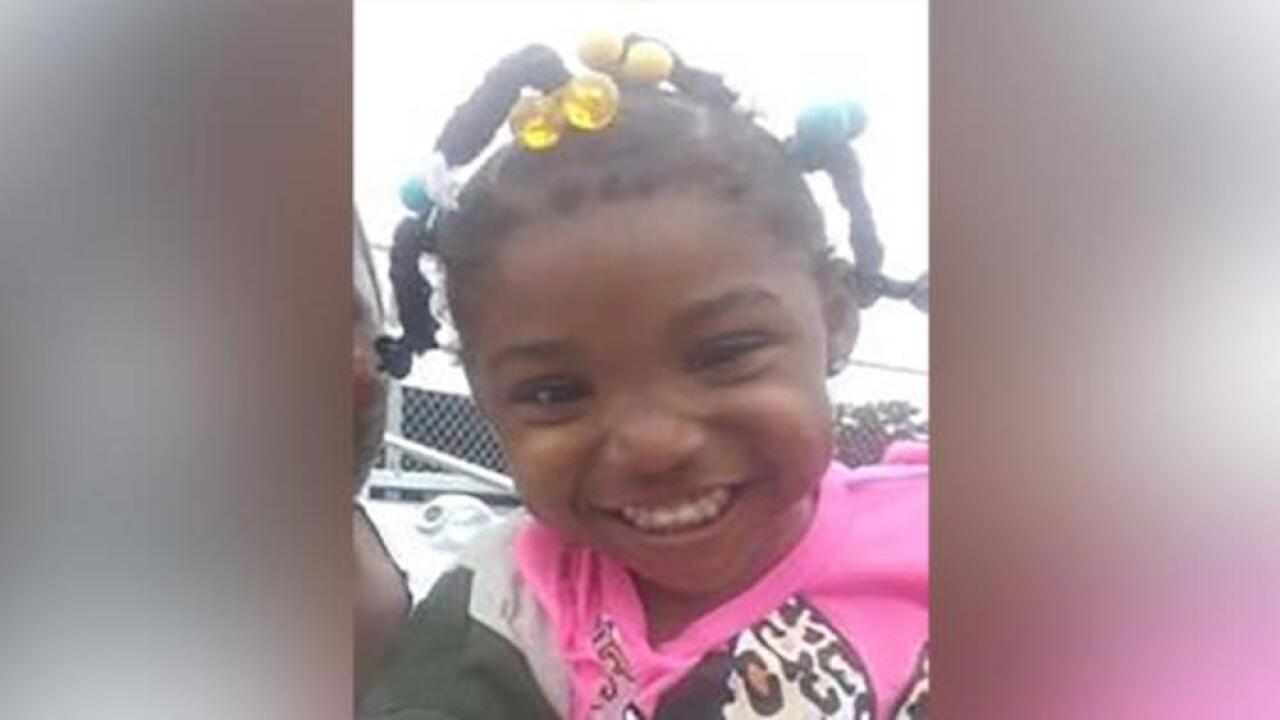 Alabama police have converged on an apartment complex in the search for Kamille "Cupcake" McKinney , a 3-year-old girl reported missing from a birthday party four days ago.

Police in Birmingham blocked off roads leading to the apartments in the 2700 block of Jefferson Avenue late Wednesday morning, some 7 miles from where the girl was last seen, CNN affiliate WBRC reported.

"At the apartment complex searching for Cupcake," Birmingham police posted on Facebook .

An accompanying video showed police vehicles parked in a road, blocking traffic. Footage from WBRC also showed some areas blocked off with yellow police tape, with people standing outside, watching police officers from a distance.

Details on what led police to the complex weren't immediately available.

Though some media organizations incorrectly reported that Kamille had been found at the apartment complex, police confirmed Tuesday afternoon that they are still searching for the 3-year-old.

An Amber Alert was issued after witnesses told police that Kamille, who'd been at a party Saturday at Birmingham's Tom Brown Village housing community, left with a woman in a dark-colored SUV that night.

Police said Kamille may have been abducted by a woman and a man, and that she is believed to be in extreme danger.

A man and a woman were taken into police custody Sunday night for questioning after investigators found a vehicle matching the description of the SUV, authorities said.

The two detainees have been charged in unrelated cases , police said.

Alabama Gov. Kay Ivey is offering a $5,000 reward for information leading to the arrest and conviction of anyone involved in Kamille's kidnapping, and a private individual put up another $1,000.

Kamille is 3 feet tall, weighs 60 pounds and has brown eyes and black hair, according to the Amber Alert. She was last seen wearing a pink T-shirt with a Minnie Mouse leopard print design.