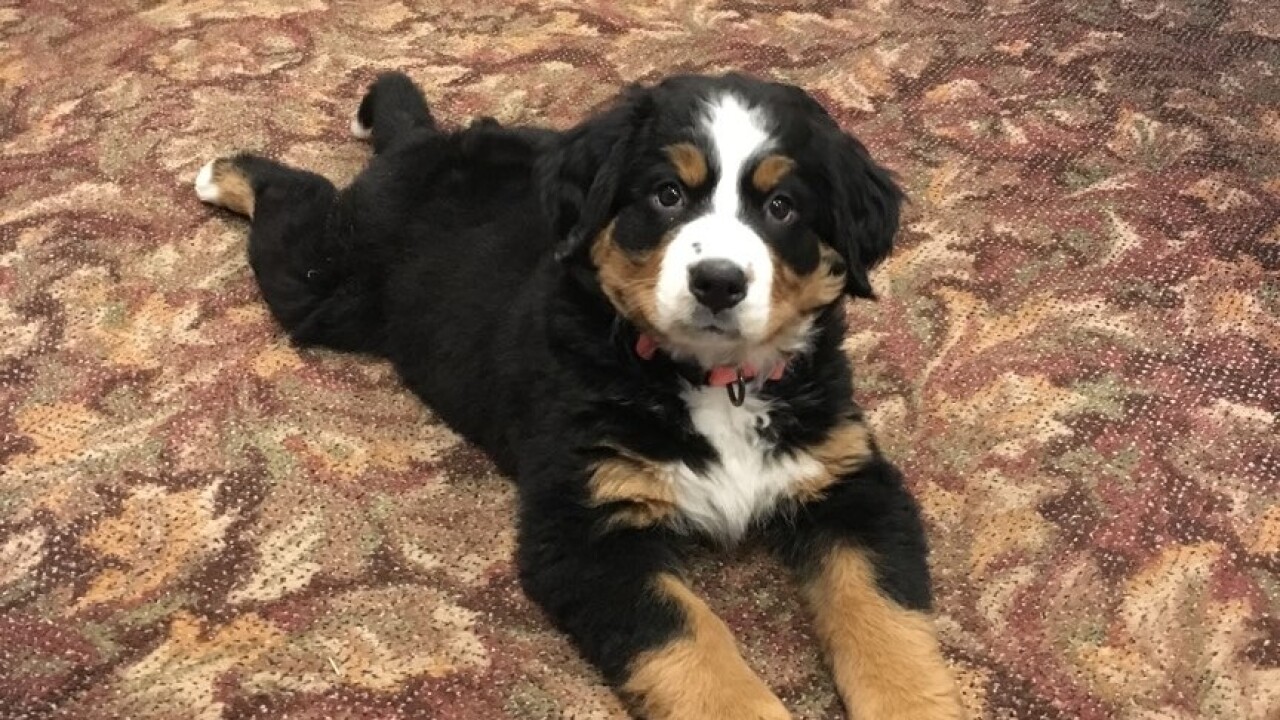 Macon Funeral Home announced in January that it has welcomed an 8-week-old Bernese Mountain Dog named Mochi to its “grief support team.”

In an online post, office administrator Tori McKay wrote that she plans to bring Mochi to visitations when families request her and make nursing home visits with the puppy every so often.

“The Bernese Mountain Dog is a very loyal, affectionate and gentle animal, and has always been my choice for a potential grief therapy dog,” wrote McKay. “They have a history of being excellent therapy and support dogs, which comes from their kind disposition and laid-back personalities.”

McKay says she wants Mochi’s life to hold as much purpose as possible because the life-expectancy of Bernese Mountain Dogs isn’t very long, about six to eight years.

“There is just so much research to support the benefits of having animals available during times of grief, and our community is very much in need of grief support,” wrote McKay.

According to McKay, the pup has already made a difference in the lives of families.