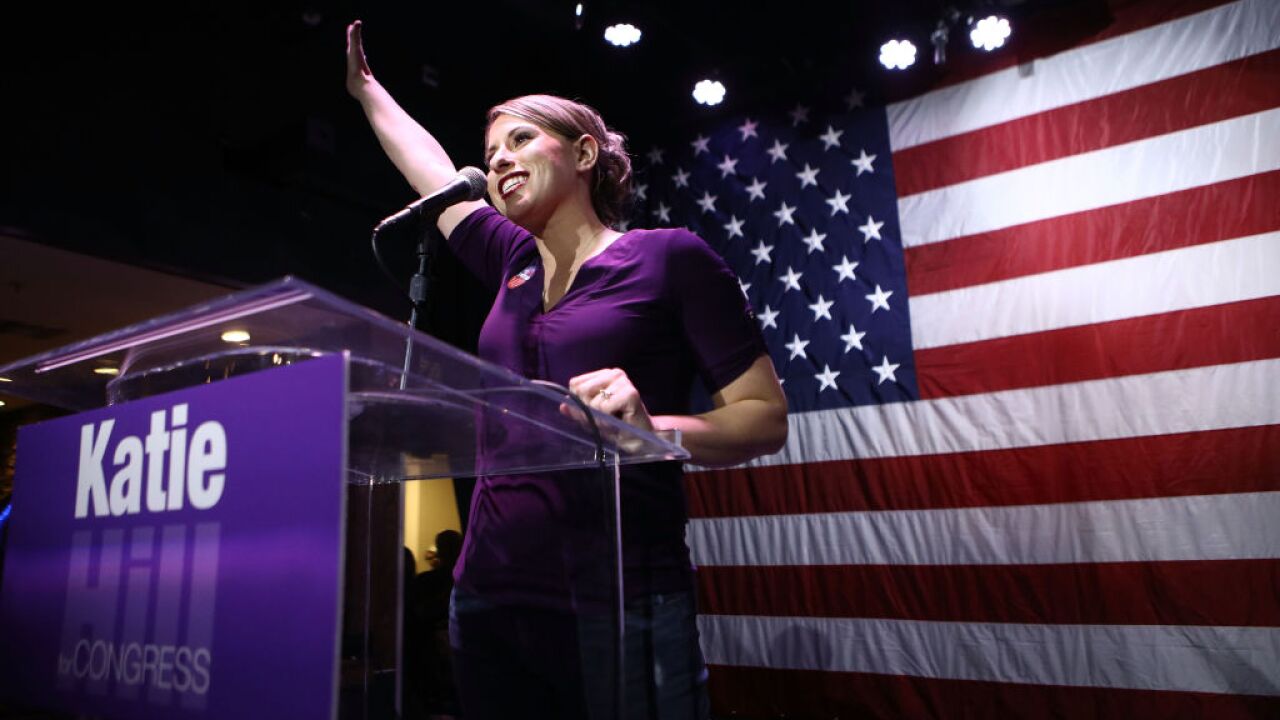 The House Committee on Ethics announced Wednesday it is opening an investigation into allegations that Democratic Rep. Katie Hill of California engaged in an improper relationship with a congressional staffer in possible violation of House rules.

In a separate statement to constituents released on Wednesday, Hill admitted to having an inappropriate relationship with a campaign staffer before entering Congress, for which she apologized.

Hill on Tuesday denied having a relationship with Graham Kelly, who currently works as her legislative director, according to Legistorm, a private research organization dedicated to tracking Congress. There is no evidence of that alleged relationship.

"Allegations that I have been involved in a relationship with Mr. Kelly are absolutely false," Hill said in a statement.

CNN has reached out to Kelly for comment, but has not heard back.

A statement from the committee notes that just because it has opened an investigation does not mean "that any violation has occurred."

Last week a conservative blog released intimate photos of Hill alleging she and her husband had a separate relationship with an unnamed female campaign staffer. That report included three photos of the congresswoman, including an explicit photo.

"Intimate photos of me and another individual were published by Republican operatives on the internet without my consent," Hill said in her statement Tuesday. "I have notified Capitol Hill police who are investigating the situation and potential legal violations of those who posted and distributed the photos, and therefore will have no further comment on the digital materials."

The Ethics Committee statement doesn't mention any investigation into that relationship. Hill's relationship with the campaign staffer would fall outside of the committee's jurisdiction because it happened before Hill took office.

In a letter to constituents released Wednesday night, Hill writes, "During the final tumultuous years of my abusive marriage, I became involved in a relationship with someone on my campaign. I know that even a consensual relationship with a subordinate is inappropriate, but I still allowed it to happen despite my better judgment. For that I apologize. I wish nothing but the best for her and hope everyone respects her privacy in this difficult time."

"But the truth is, distributing intimate photos with the intent to publish them is a crime, and the perpetrator should be punished to the full extent of the law. I have notified Capitol Police, who are investigating it, and therefore will have no further comment on the matter," Hill said.

Hill goes on to say, "I am going through a divorce from an abusive husband who seems determined to try to humiliate me. I am disgusted that my opponents would seek to exploit such a private matter for political gain. This coordinated effort to try to destroy me and the people close to me is despicable and will not succeed. I, like many women who have faced attacks like this before, am stronger than those who want me to be afraid."

CNN has reached out to Hill's husband for comment but has not heard back. Hill offered no evidence linking her husband to the distribution of the photos.

Eva Malecki, a spokesperson for US Capitol Police, told CNN in response to a request for comment, "We do not comment on ongoing investigations."

Hill was elected to Congress in the 2018 elections, defeating a Republican incumbent to represent a swing district. She's the vice chairwoman of the powerful House Oversight Committee.