Rescue teams in southeast Texas are getting ready for Imelda, which is forecast to bring flooding to the area even after weakening to a tropical depression. 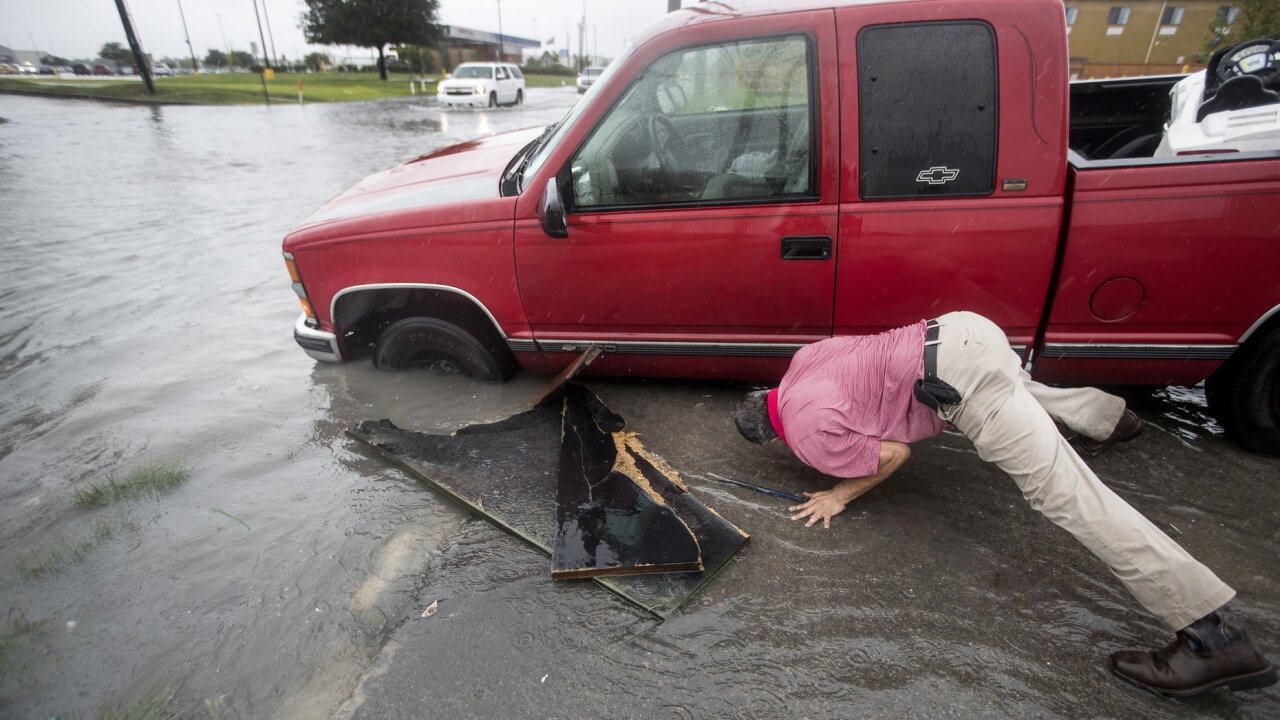 As Tropical Depression Imelda slowly makes its way through East Texas, some towns remain at a standstill as residents fear the rainfall will lead to flash flooding.

John Clinton worried Wednesday that new flood doors he installed at his Galveston home would be put to test. He and his wife recently moved back into the home after it was heavily damaged during Hurricane Harvey in 2017.

"After an experience like that, every time you heard about harsh weather coming up from the tropics it's not a fun thing," Clinton told CNN.

In parts of the Houston area, drivers became stranded when water filled the streets Wednesday. Many schools, government offices and businesses closed for the day but no major incidents were reported, city officials said.

Imelda is threatening to bring more than 12 inches of rain to Houston by the time the storm ends -- which would be the highest amount for one storm since Hurricane Harvey in 2017.

As of Wednesday afternoon, nearly 8 inches of rain were recorded in parts of Houston and Galveston, while some areas in Matagorda County have seen over 19 inches, the National Weather Service said.

Water has been creeping up to historic buildings and has left a number of roads impassable in Galveston. Tara Wegryn, the owner of a local spa, arrived to work without issues but was concerned the flooding would get worse throughout the day.

"I'm staying here until the water goes down," she said.

Imelda's winds also have knocked over trees in areas southeast of the city, such as near Clear Lake, KTRK reported.

Houston's main school district was open Wednesday, though it canceled after-school activities. Many other districts in the region, including Galveston schools, closed because of the storm, in some cases because of anticipated flooding.

Houston Mayor Sylvester Turner told city officials Wednesday the storm has not had major impacts in the city, but he urged residents to stay alert as the area continues seeing rain.

"We will remain on alert until the system clears our area," he said. "Be very careful."

Imelda's threat will continue through Friday as the storm is expected to keep deluging eastern Texas and parts of Louisiana. It could bring a total of 5 to 10 inches of rain to the Upper Texas Coast with 20 to 25 inches in isolated areas. Meanwhile, portions of southwest Louisiana are expected to see up to 8 inches of rain, the National Weather Service said.

Rescue teams across southeastern Texas geared up to help as needed.

Red flag warnings went up along the coast of Galveston. And the federal search and rescue team Texas A&M Task Force 1 moved into the city in preparation for possible rescues, according to KTRK .

"Our forte is water rescue, both flood rescue and swift water rescue," Palmer Buck, with Task Force 1, told the station. "I have crews from Fort Worth fire, as well as Longview fire that will be stationed here overnight."

Imelda formed Tuesday afternoon over the Gulf of Mexico and made landfall as a tropical storm near Freeport, Texas, the National Hurricane Center said. But even before it was named, the system was raining on coastal Texas.

Houston is no stranger to flooding. In May, for instance, heavy rain led to significant flooding in streets, homes and businesses.

Harvey broke the US record for rainfall from a single storm, dumping more than 60 inches about 90 miles east of Houston. It left 34 inches of rain at Houston's George Bush Intercontinental Airport, and more than 40 inches in areas east of the city .

Houston's layout and city planning are part of what makes its flooding problems worse, experts have said .

Urban sprawl over past decades has turned water-absorbing greenery into concrete. Weak regulations have failed to properly estimate the potential hazards of flooding. And poor reservoir and land management have revealed a lack of long-term planning on these issues, the experts have said .