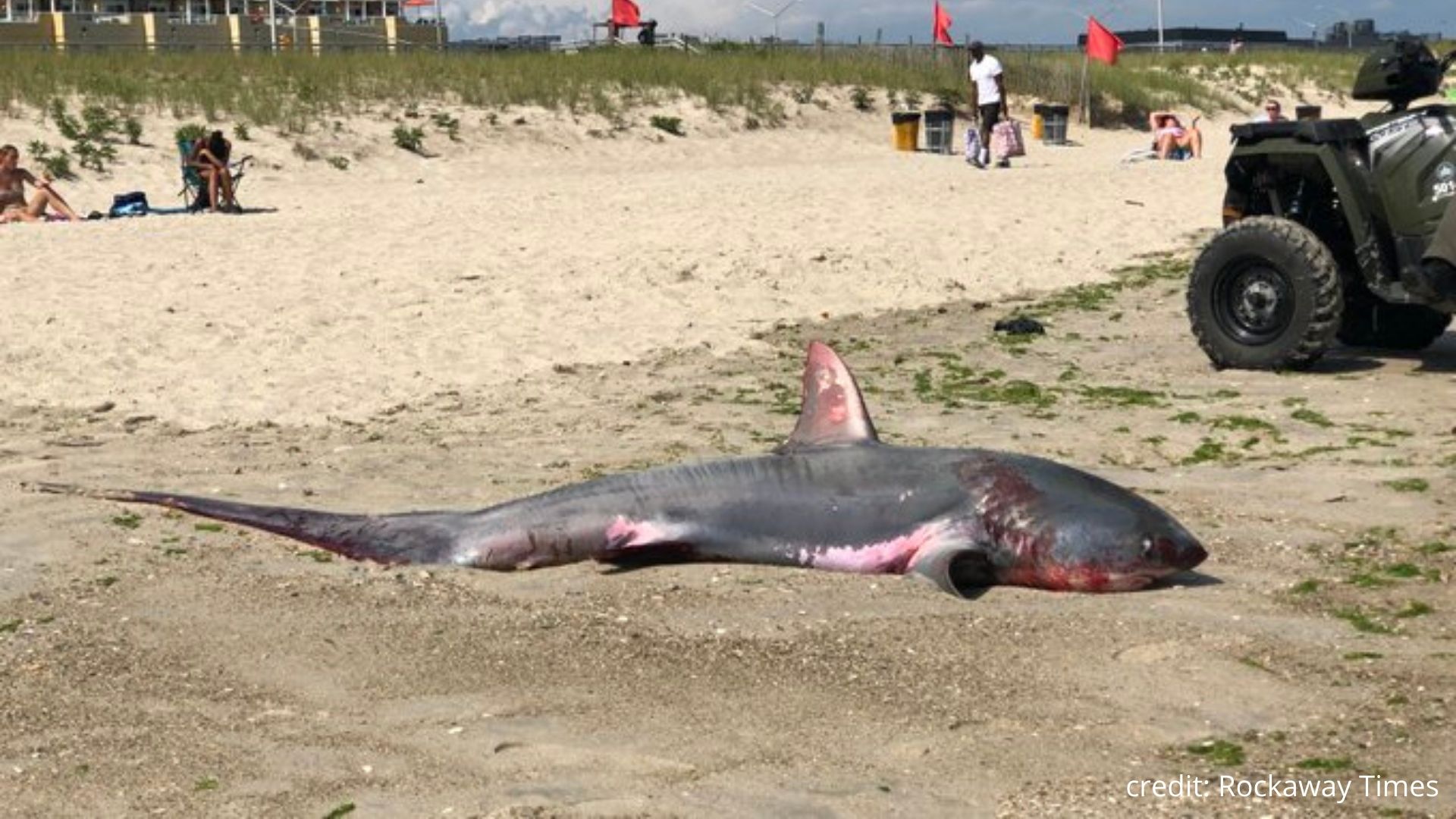 A shark washed up on Rockaway Beach Monday afternoon in Queens, just days before the scheduled reopening of New York City beaches for swimming. 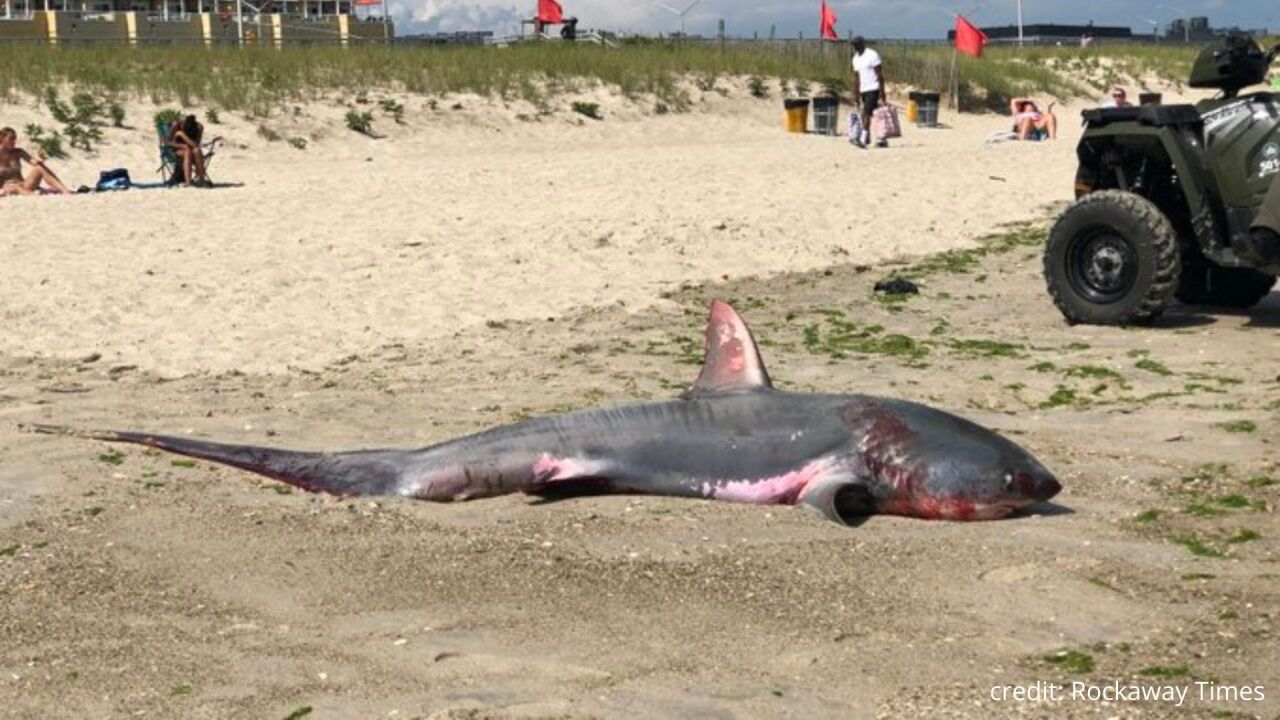 NEW YORK CITY — A shark washed up on Rockaway Beach in Queens on Monday afternoon, just days before the scheduled reopening of New York City beaches for swimming.

The shark appears to have been injured after being caught up on a jetty, a Parks Department spokesperson said. The shark has since died.

Parks staff removed the shark's body from the beach.

"We kindly ask New Yorkers to respect the space of any wild animal and appreciate them from a distance," the spokesperson said. "If you see a wild animal, report the sighting to the WildlifeNYC website."

There are about 25 species of sharks in the waters off of New York, according to New York Aquarium Director Jon Dohlin. There are likely sharks nearby any time a swimmer enters the water.

City beaches are scheduled to reopen for swimming on July 1.

This story was originally published by Aliza Chasan on WPIX in New York.