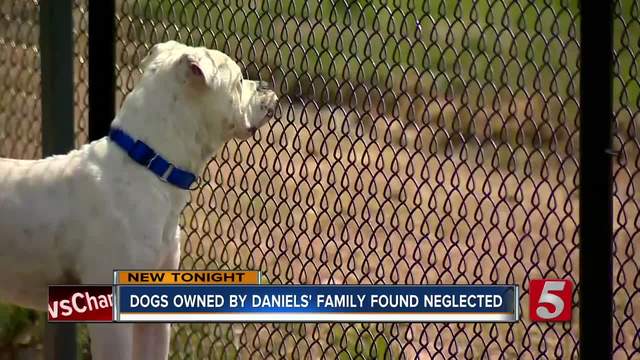 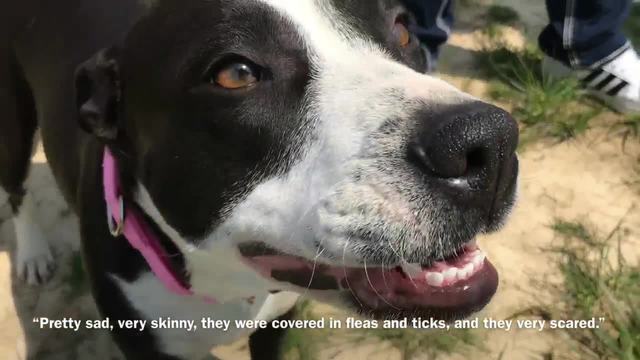 The Dickson County Humane Society and TCB Kennels Boarding & Rescue have been working to give the dogs proper care.

“It was pretty sad,” said DCHS General Manager Vivienne Akhdary. “They were very skinny. They were covered in fleas and ticks and were very scared. The dogs were not well taken care of, and behavior shows definite signs of abuse.”

“They just pulled over and dropped them off,” said TCB Kennels Boarding & Rescue Founder Trisha Davis.

Davis has been taking care of the dogs because the animal shelter is full. The homeowner who found them first contacted her.

“They’re actually still searching for the property where the dogs were dropped off,” added Davis.

They said it was confirmed the dogs belonged to the Daniels family by relatives and neighbors.

The homeowner lived nine miles away from the Daniels.

More than a week later, the dogs, now named Joey and Clyde to honor the 5-year-old boy, have been doing better and hope to find a more permanent home soon.

Davis said no one has claimed the dogs back.

The body of Joe Clyde has not been found, but the search continued one week later.

His father, Joseph Daniels, was charged with one count of criminal homicide after he confessed to allegedly beating his son to death and disposing of his body in a rural and remote location.

His mother, Krystal Daniels, was later arrested for child neglect or endangerment after she admitted to being at the house when her son died and failed to report the abuse or alleged homicide despite multiple opportunities, according to court documents.

Belle Daniels, Joe’s grandmother, told Scripps station WTVF in Nashville she does not know why her son would commit the alleged crime.

Akhdary said she cannot help but feel uneasy of what could have gone on behind closed doors.

“The parents did not take care of their kids. I don’t think they spent a lot of time taking good care of the dogs.”

To help the shelter and donate to the dogs’ cause, visit the Humane Society of Dickson County online.

WTVF stopped at the family's house this week, but they declined to do an interview.