'Spree killer' responsible for at least 3 murders but his goal was 11, sheriff says 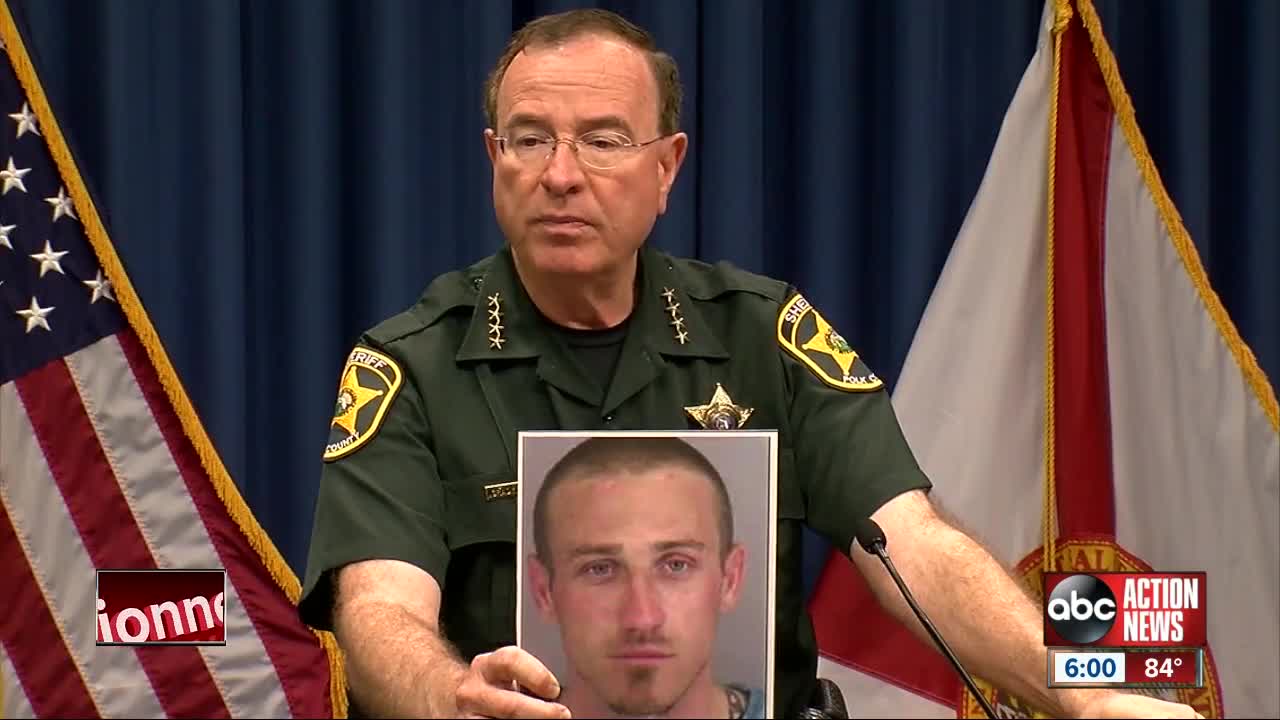 The Polk County Sheriff's Office arrested a 35-year-old man accused of killing two people in Florida and another in Tennessee. 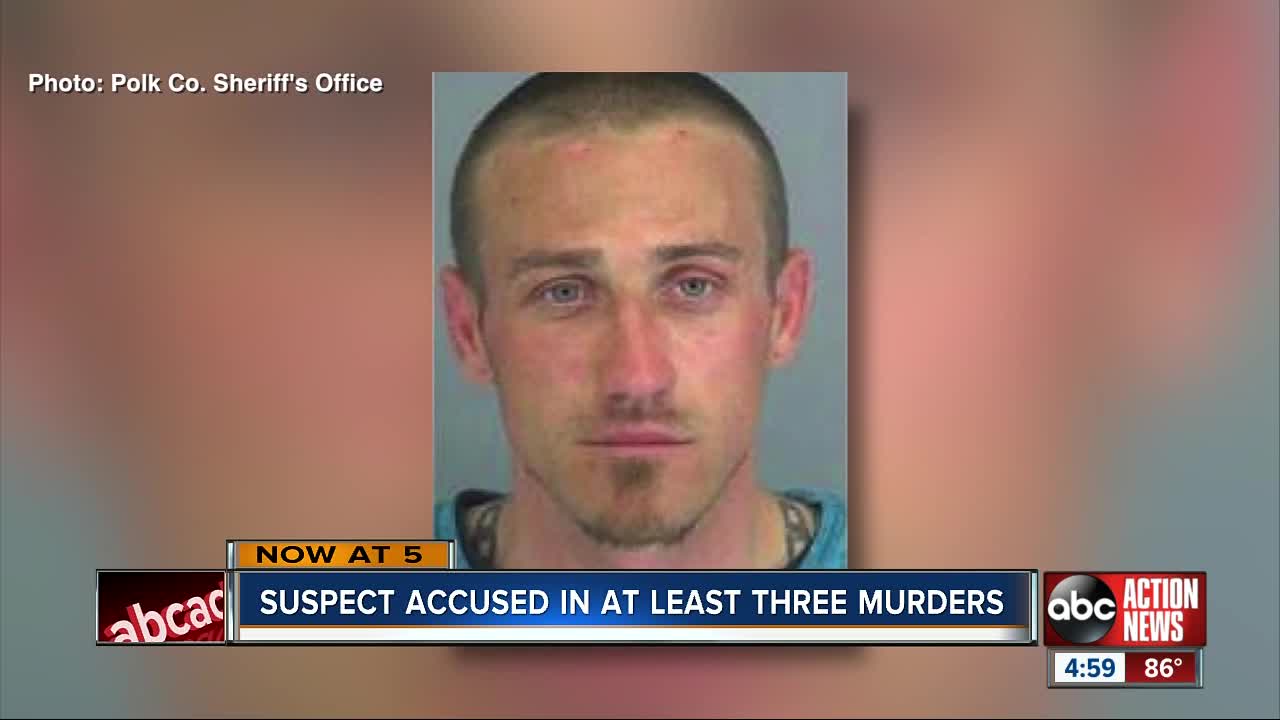 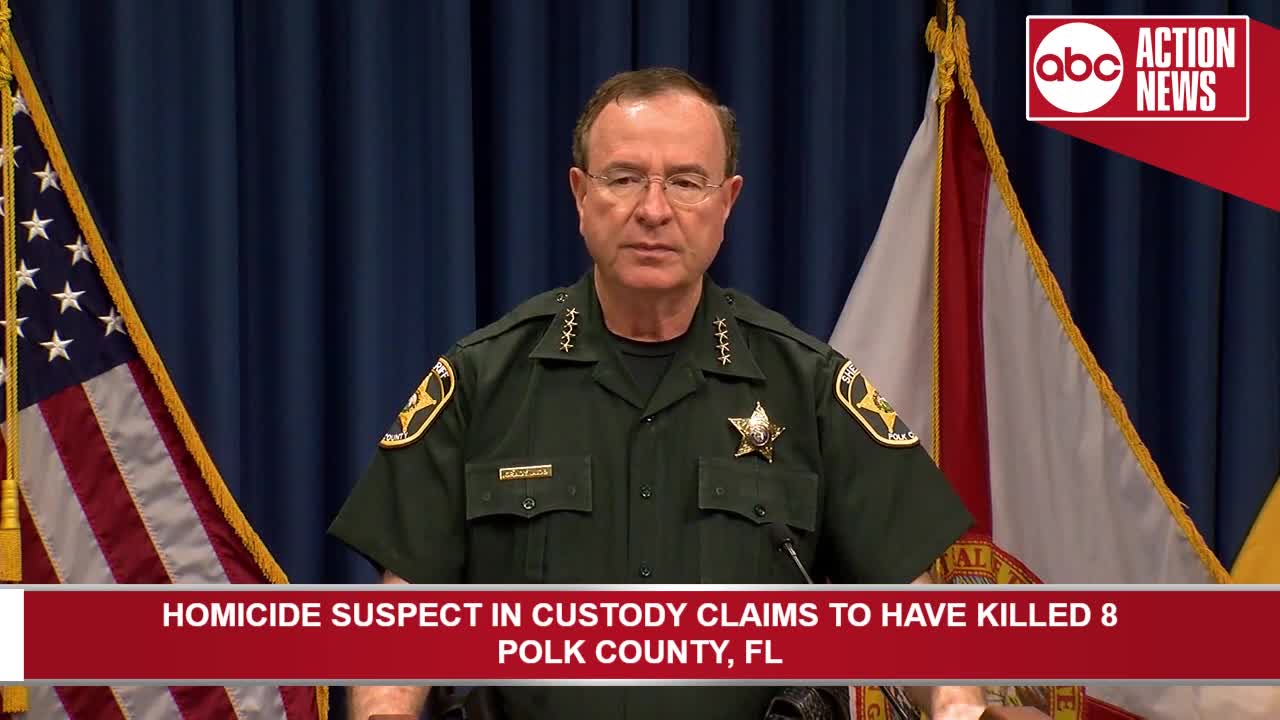 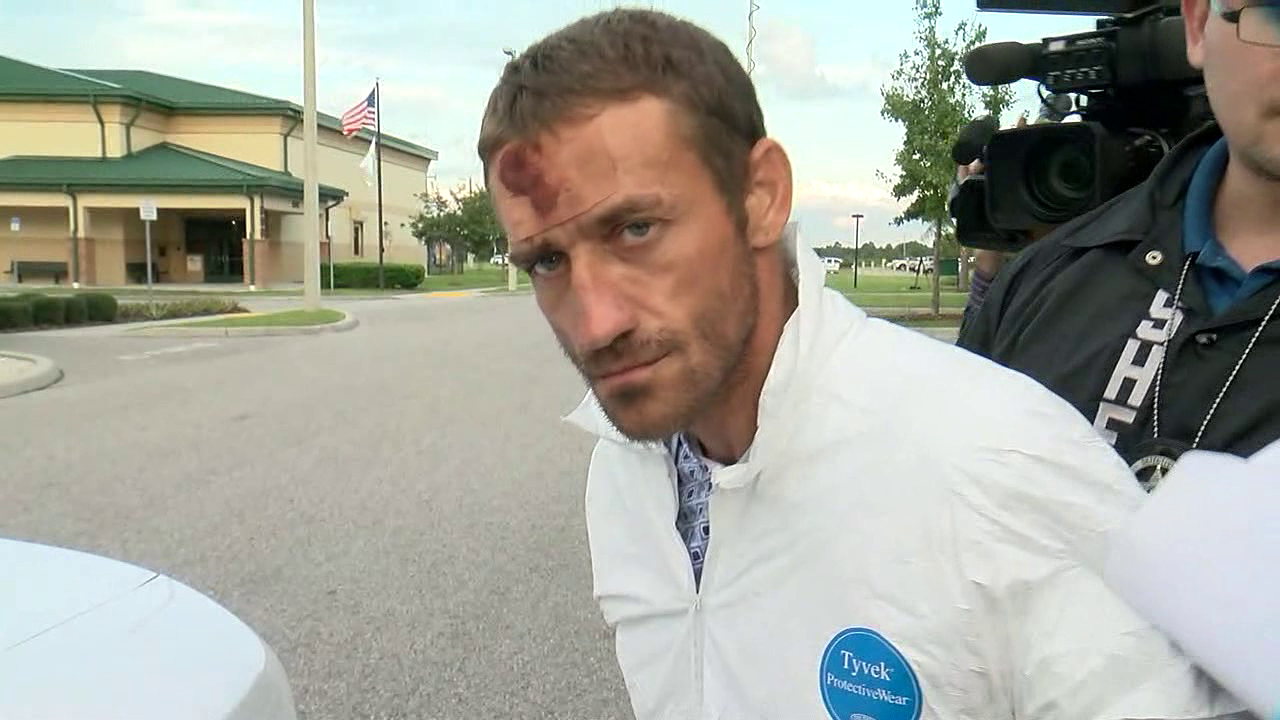 POLK COUNTY, Fla. — Authorities arrested a 35-year-old man accused of killing two people in Florida and another in Tennessee.

Here's what we know so far about the suspect, Stanley "Woo Woo" Mossburg:

Who is Stanley "Woo Woo" Mossburg?

Mossburg, according to Polk County Sheriff Grady Judd, is a "spree killer" who has killed one person in Greeneville, Tennessee, and two people in Winter Haven, Florida.

Here is a timeline of events:

At about 11 p.m., Mossburg walked into a laundromat in Greeneville, Tennessee, with a gun and forced a man to walk into the bathroom.

Minutes later, Mossburg walked out of the bathroom with the victim, who was seen on surveillance video with his hands and arms bond to his body, grabbed the victim's phone and left the laundromat with the victim.

Sheriff Judd said, at about 2 a.m., the victim's wife became concerned and texted her husband's phone. After receiving a text back that stated her husband was out with his girlfriend, she immediately called 911.

Greeneville police went to the laundromat and noticed that the victim was not there and that his car was missing.

At around 7 a.m., customers found the victim dead in a pool of blood after opening the back door of the laundromat.

Sheriff Judd added that Mossburg's sister took him to Atlanta, Georgia, after buying him a Greyhound bus ticket to go to Orlando, Florida.

Spartanburg police located Mossburg on some videotape while assisting Tennessee in their search.

Mossburg traveled from Orlando, to Polk County and into Seffner. Deputies did not know this until after the arrest.

Mossburg stole a truck from Seffner.

Deputies received word that Mossburg pawned property at a pawn shop in Auburndale.

Mossburg was spotted by a homeowner on a RING doorbell cam scoping out his house. He went outside to confront him and told him to leave.

Later that night, Mossburg was in the house. The homeowner walked through the door to find a woman bound to a chair and a male victim dead in the bedroom. Mossburg told deputies the man tried to fight back and that's why he killed him. He also allegedly killed the woman quickly because she cooperated. The third man is still alive and was bound by computer wires on the couch.

Mossburg told the victim to stay put and that he would be back to clean up the bodies. He then stole his third vehicle. The man stayed for about six hours because he was terrified, but then finally ran to a neighbor's home and called police around 6 p.m.

Deputies arrived, canvassed the area and set up a perimeter. At that time, a captain with the Polk County Sheriff's Office found the stolen truck from Seffner which had been spray painted and was not there a few minutes earlier. Mossburg had come back to the scene and ran through the backyard. He got into the house and locked the door. When authorities tried to open the door, Mossburg allegedly shot at them twice. Deputies eventually got him out and arrested him.

Mossburg reportedly told deputies he wanted to be a serial killer and that he liked killing people.

He said the two victims in Winter Haven were seven and eight , but his goal was to kill 11. Deputies do not know at this time if or how many people Mossburg killed outside of the three that had been discovered already.

Sheriff Judd said if there's anybody who needs to get the death penalty, it's this person.

WFTS spoke to a woman who says Mossburg was staying at her home after he claimed he just got out of jail a week ago and needed a place to stay.

"We met this man like two days ago he came over and asked for some help. My husband helps people get out of jail and stuff, gives them food, a place to stay if they don’t have it," said Lisa Wolf.

We looked into Mossburgs background and found several criminal charges including burglary, and manufacturing and selling drugs.

This story was originally published by staff at WFTS.