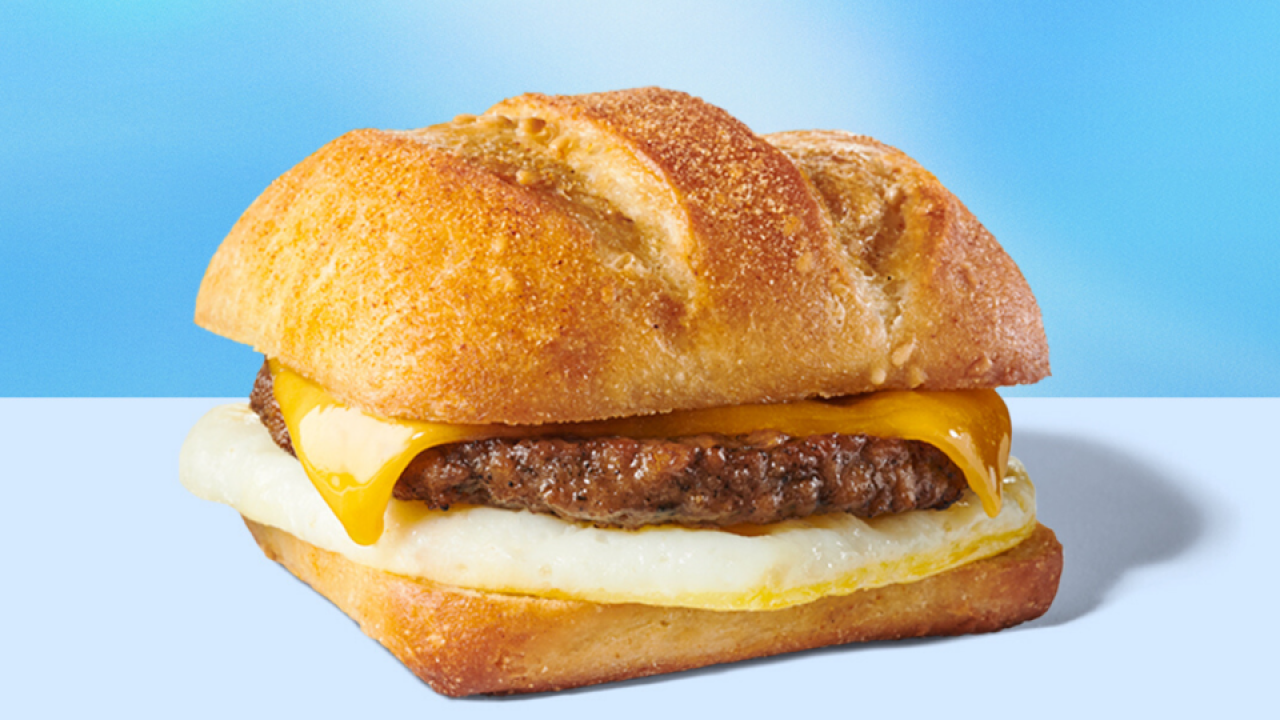 Starbucks’ Impossible Breakfast Sandwich is seen in a photo released by the chain on June 23. 2020.<br/>

Starbucks is the latest food chain to add plant-based meat options to its U.S. menus.

The Seattle coffee chain said Tuesday they now offer a breakfast sandwich made with imitation sausage from Impossible Foods at a majority of its U.S. locations. The sandwich comes with egg and cheese on a ciabatta bun.

Starbucks said earlier this year that it would add plant-based meat to its menus worldwide as part of an effort to reduce its environmental impact. The company has sold milk alternatives, such as soy milk and oat milk, in the U.S. and elsewhere. But the sausage is its first plant-based food item in the U.S.

Introducing the new Impossible™ Breakfast Sandwich. Made with an @ImpossibleFoods plant-based sausage patty, aged cheddar cheese and a cage-free fried egg on artisanal ciabatta bread. It’s an unbelievably delicious start to your day. ☀️
US Only pic.twitter.com/t88iAL72Ai

In April, the company began selling lasagna, pasta and wraps made with Beyond Meat crumbles in China. It also introduced a Beyond Meat breakfast sandwich in Canada in February.

Beyond Meat is Impossible Foods’ chief competitor. Asked why it went with an Impossible Foods sausage for the U.S. over one from Beyond Meat, Starbucks said it works with a variety of suppliers around the globe.

This story originally reported by Eric Galvan on turnto23.com.