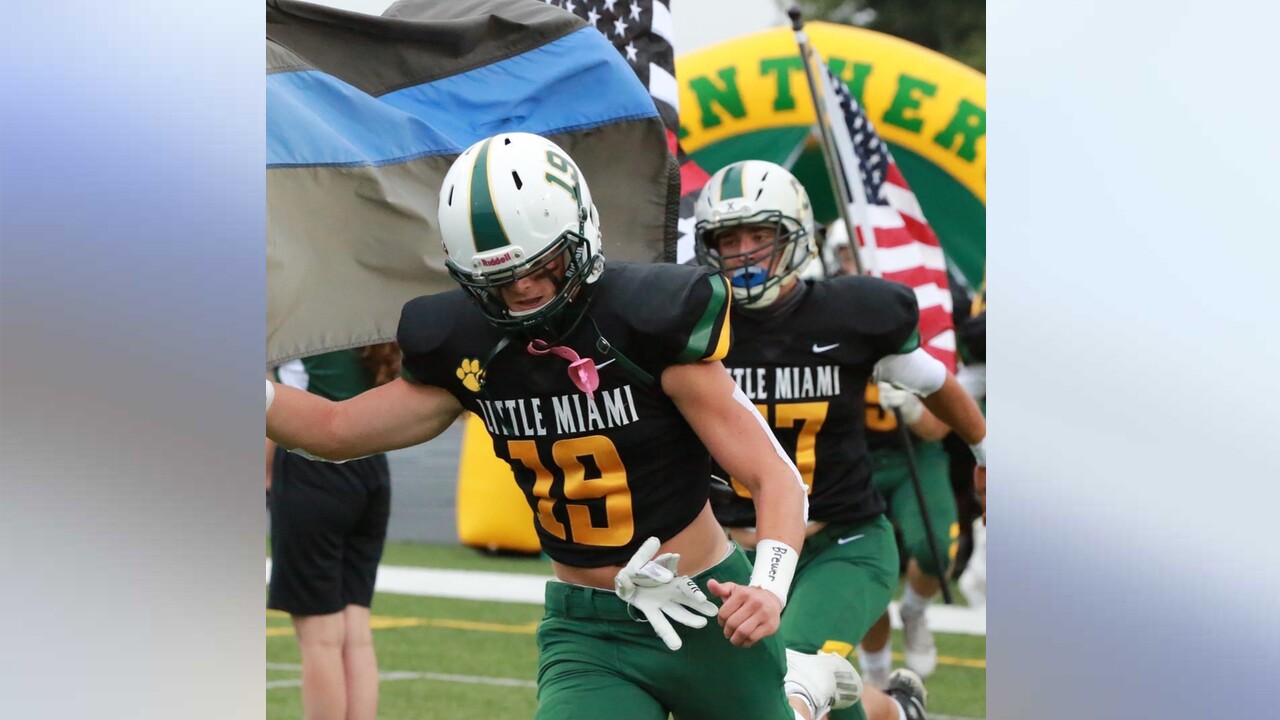 Photo courtesy of Kellie Williams
Brady Williams (front) was one of two Little Miami High School football players who carried a "Thin Blue Line" flag onto the field ahead of a Sept. 11 game.

MORROW, Ohio -- Two teen football players could face punishment for actions they took during a game last week, on Friday, September 11. The two players ran onto the field, one carrying a "Thin Blue Line" flag, the other carrying a "Thin Red Line" flag.

The school initially suspended the two boys from the Little Miami High School football team, but announced on Tuesday they would "return the players to active status" and that any further action relating to the matter would be considered an Athletic Department Code of Conduct issue.

The school issued a statement Tuesday that said the district decided to discipline the boys, not for carrying the flags out to show support for first responders on the anniversary of 9/11, but because they didn't obtain permission from district officials first.

"School administrators must act when students break the rules and these students were suspended from practice while the incident was investigated," the statement, signed by school board president Bobbie Grice, reads.

The statement says the superintendent and high school administrators, with the school board's support, performed an investigation into the incident and determined the students had no political motivations for their actions. They did determine "there were instances of insubordination."

For the rest of the season, the statement said, the only flags permitted to come through the football tunnel will be the flag of the United States of America and the Little Miami spirit flag.

This story originally reported by Felicia Jordan on wcpo.com.