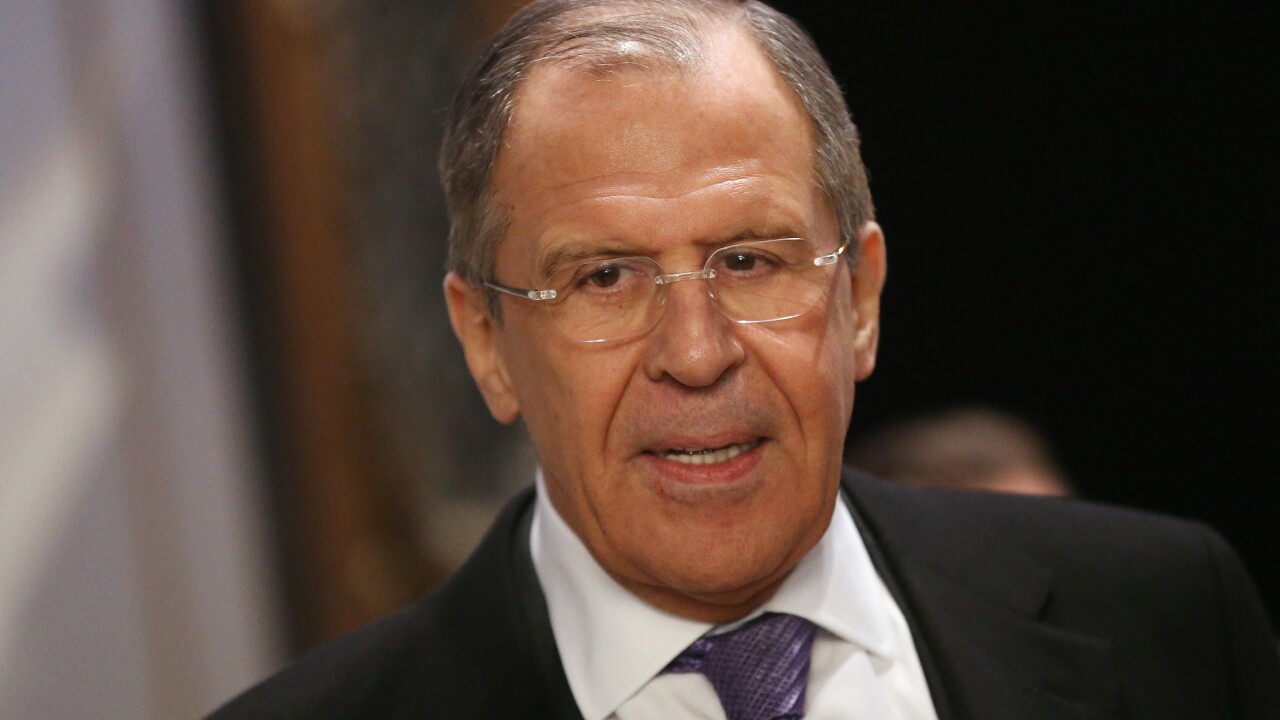 WASHINGTON, D.C. – Russia's top foreign diplomat is in Washington for high level meetings, setting up the extraordinary spectacle of Moscow consulting with President Donald Trump after House Democrats unveiled articles of impeachment against him over his dealings with Ukraine, a country Moscow invaded and is at war with.

The meeting, which was expected to focus on arms control and other issues, is the second time Trump has met with Foreign Minister Sergei Lavrov in the Oval Office. The first time they huddled, Trump boasted about firing his FBI director and revealed classified information.

That session came to illustrate the unusual amiability Trump has demonstrated toward Russia, which has been criticized by Democrats given Moscow's attempts to help him win the 2016 election. Even amid impeachment proceedings indirectly tied to the Russia matter, Trump seems unconcerned about the appearance he is fostering close ties to Russia and its leaders.

The House impeachment inquiry is examining Trump's efforts to leverage US military aid to Ukraine in exchange for investigations into a personal political rival and a theory that US intelligence services say was planted by Russia: that Ukraine and not Moscow interfered in the 2016 election.

Trump is meeting with Lavrov alongside Secretary of State Mike Pompeo and they were expected to discuss their bilateral relationship, according to a senior administration official.

Like the last Oval Office meeting between Trump and Lavrov, Tuesday's encounter is closed to US press.

But it once again draws attention to the shadow that Trump's relationship with Russia has cast over his presidency.

Even as the Trump administration's National Security Strategy has identified Russia as a core competitor that aims to weaken US influence in the world and undermine its alliances, the President has lavished praise on Russian President Vladimir Putin, insisted on the need for better relations between the two countries and resisted Congress' efforts to levy sanctions on Moscow.

He has publicly sided with Putin over US intelligence services on the question of whether Russia interfered in the 2016 elections and repeatedly tried to undermine findings that Moscow was responsible -- continuing that effort Tuesday morning, just hours before he was set to meet Lavrov.

Trump's meeting with the Russian foreign minister comes a day after a highly anticipated report by the Justice Department inspector general on the early days of the Russia investigation found that there was no evidence of Ukraine meddling in the 2016 elections. Moreover, it also thoroughly rebutted the idea that FBI officials were driven by political bias to spy on Trump campaign officials as part of the investigation into Russia's interference.

"I don't know what report current Director of the FBI Christopher Wray was reading, but it sure wasn't the one given to me," Trump complained in his tweet. "With that kind of attitude, he will never be able to fix the FBI, which is badly broken despite having some of the greatest men & women working there!"

During a press conference at the State Department, Lavrov also took the opportunity to complain about US conclusions on Russian election interference, saying the current atmosphere in Washington smacks of the McCarthyism of the 1950s.

"Our joint work was hindered and continues to be hindered by the wave of suspicions that have overcome Washington," Lavrov said, adding that "speculations about our alleged interference in domestic processes in the US are baseless ... no one has given us this proof because it does not exist."

Lavrov offered to publish diplomatic correspondence between Moscow and Washington from October 2016 to November 2017 that would "dispel all suspicions that are baseless."

Pompeo pushed back on Lavrov's assertion that the Trump administration "refused" to allow Moscow to publish the correspondence.

"We'll publish all the documents we think appropriate," Pompeo said. "We think we've shared plenty of facts to show what happened in the 2016 election with our Russian counterparts. We don't think there's any mistake about what really transpired there."

Referring to his discussions with Lavrov, Pompeo also said he raised "interference in our domestic affairs," and added that, "I was clear, it's unacceptable."

"Should Russia or any foreign actor work to undermine our democratic" process, the Trump administration will take steps, Pompeo said.

When a reporter challenged Lavrov's assertion that the US has provided no proof of Moscow's interference by asking if Lavrov had read the Mueller report, Lavrov sidestepped by shifting the focus. "We read it," Lavrov said. "There was no proof of any collusion."

Pompeo told an interviewer Monday that the timing of Tuesday's meetings wasn't meant to coincide with the impeachment inquiry.

"This is something that Foreign Minister Lavrov and I have been working for a long time," Pompeo told OAN on Monday. "We didn't pick this date to coincide with the process on Capitol Hill, but we can't allow the zaniness that's taking place on Capitol Hill to impact our job -- the President's job, it's my job -- to keep the American people safe, to continue our diplomatic undertakings. We're not going to let that activity distract us from this important work."

The White House has said only that Trump would discuss "the state of the bilateral relationship" with Lavrov in their closed-press meeting, but an administration official familiar with the plans told CNN that Trump is expected to discuss nuclear arms with Lavrov and in particular, the New START Treaty.

Trump has said he hopes to strike a deal with Russia to replace the Obama-era deal that limits nuclear weapons in Russia and the United States.

Trump calls the measure one-sided and hopes to include China, a prospect that arms control experts say is highly improbable, as Beijing has far fewer nuclear weapons than either Washington or Moscow and is unlikely to agree to cap their number.

New START is set to expire in a little more than a year, but there haven't been significant working-level discussions between the US, Russia and China on how to go about replacing it. Some administration officials have grumbled there isn't a clear point person responsible for shepherding nuclear talks with Russia.

The official said Trump hopes to make progress toward finding a replacement during the Oval Office talks with Lavrov.

The State Department had previously announced that Lavrov and Pompeo would "discuss a broad range of regional and bilateral issues," a slate of issues that would likely include the conflict in Syria, North Korea, Iran and the ongoing war in Ukraine.

Lavrov's arrival in Washington follows a Monday meeting in Paris between Putin and Ukrainian President Volodymyr Zelensky that established tentative steps toward ending the ongoing fighting in eastern Ukraine. The conflict, which began after Russia seized the Crimean peninsula from Ukraine and backed pro-Russian separatists in the Donbas, has claimed around 13,000 lives in the last five years.

French President Emmanuel Macron and German Chancellor Angela Merkel brokered the five-and-a-half hour talks between Putin and Zelensky, and finished with an agreement that all parties would "commit to a full and comprehensive implementation" of a ceasefire in Ukraine by the end of the year.