Trump made a surprise appearance at a wedding reception at his New Jersey golf club. The crowd chanted, 'USA! USA!'

Watch President Trump make a surprise appearance at a wedding that was being hosted at his New Jersey golf club over the weekend. 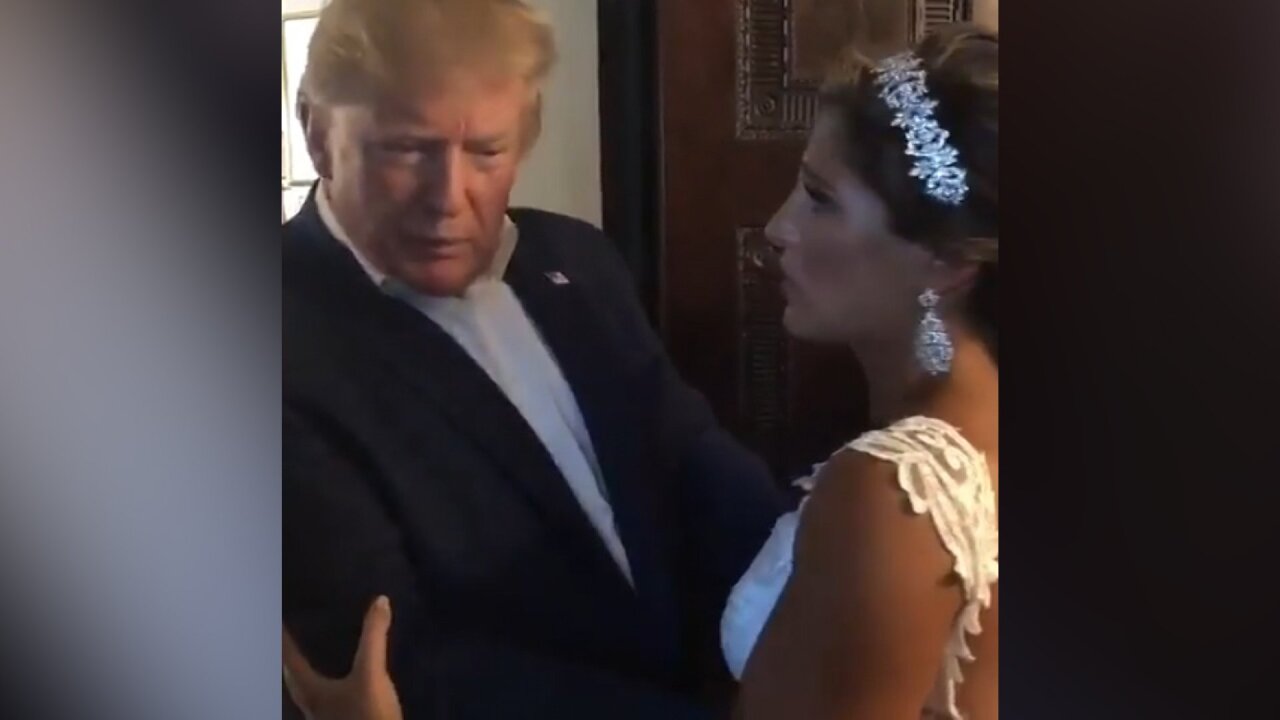 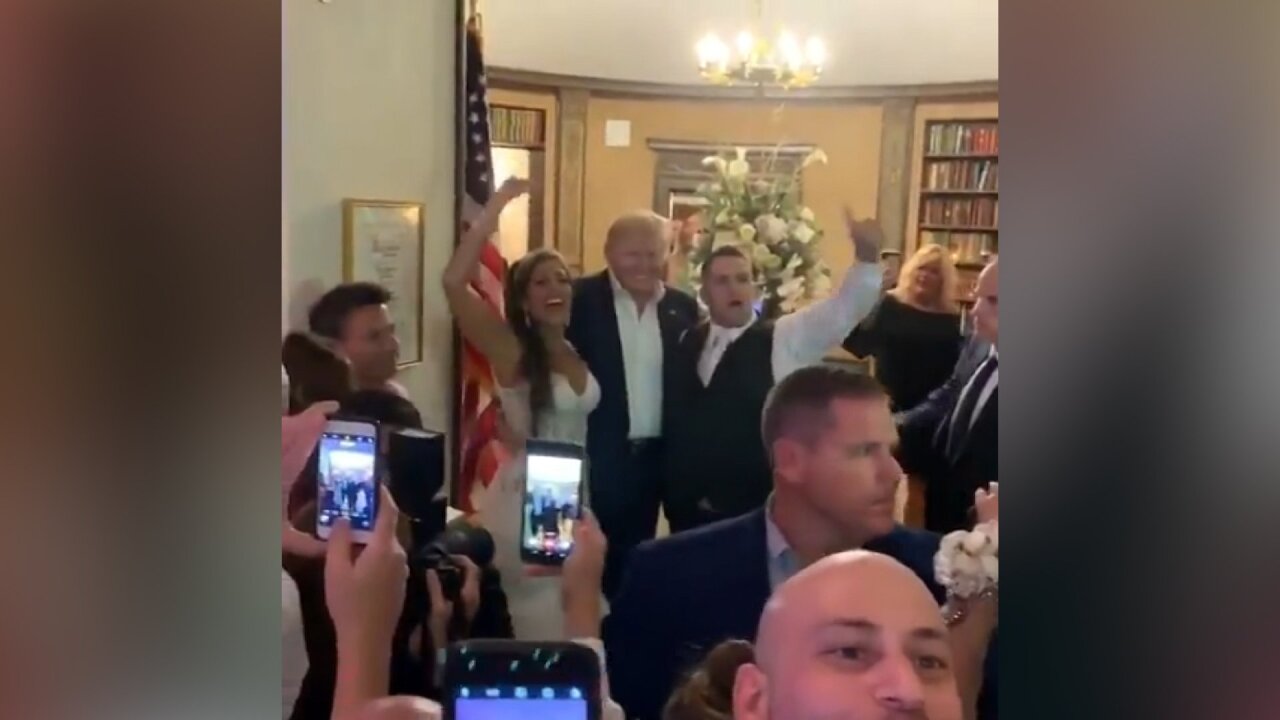 President Trump popped into a wedding reception at his golf club in Bedminster, New Jersey, on Saturday night, prompting the bride, groom and guests to chant, "USA! USA!"

"It was a complete and utter surprise," Mongelli said.

Mongelli said he asked the President for a favor -- to greet the guests at the reception.

Video posted on social media showed Trump, wearing a dark suit but no tie, standing in a doorway and waving to the cheering crowd. The President motioned for the newly married couple from Staten Island to approach and they stood on either side of him, pumped their fists and led the chant, "USA! USA!" the video showed.

"He was such a gentleman," Mongelli said. "He was aces."

Mongelli said he and his wife are both strong Trump supporters, as were most of the wedding guests. The couple got engaged at the golf club in November 2017, he said.

The President was staying at Trump National Golf Club in Bedminster over the weekend and returned to Washington on Sunday.

Trump has unexpectedly appeared at wedding receptions before.

In June 2017, he and Japanese Prime Minister Shinzo Abe stopped in at a reception in the grand ballroom at Trump's Mar-a-Lago club in Palm Beach, Florida.

"I said to the Prime Minister of Japan, I said, 'C'mon Shinzo, let's go over and say hello,' " Trump told the crowd at that wedding.