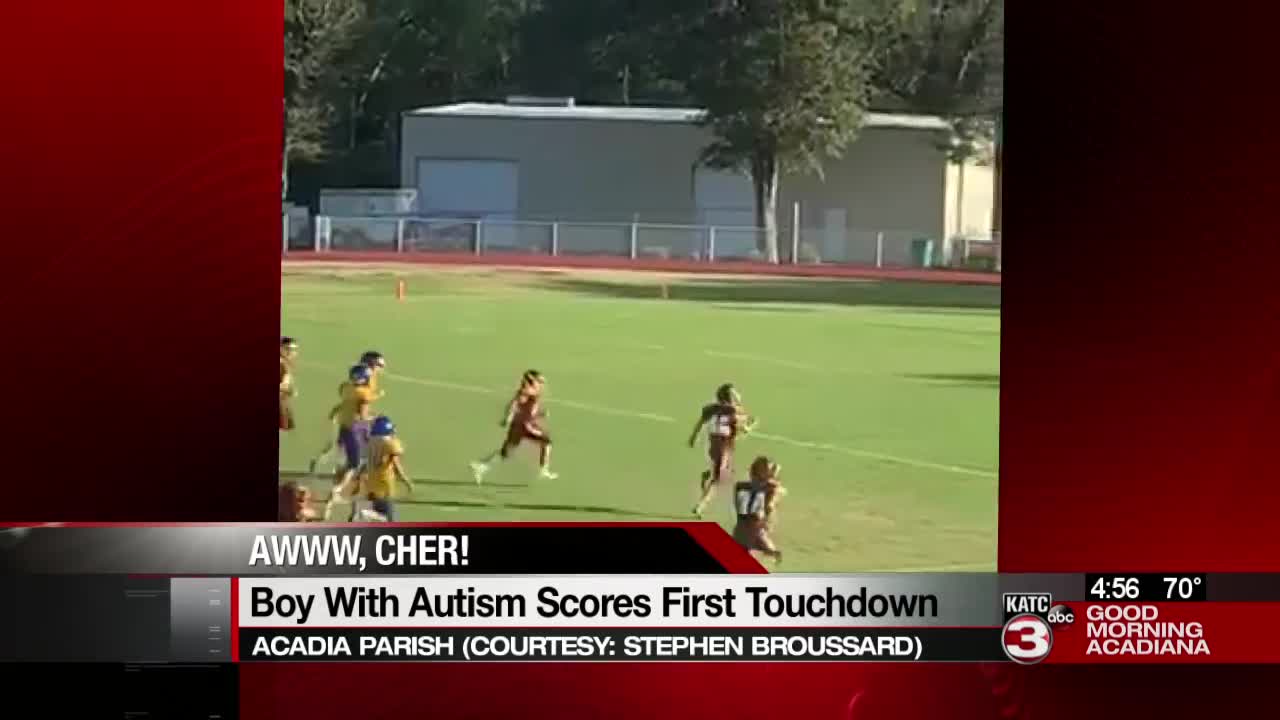 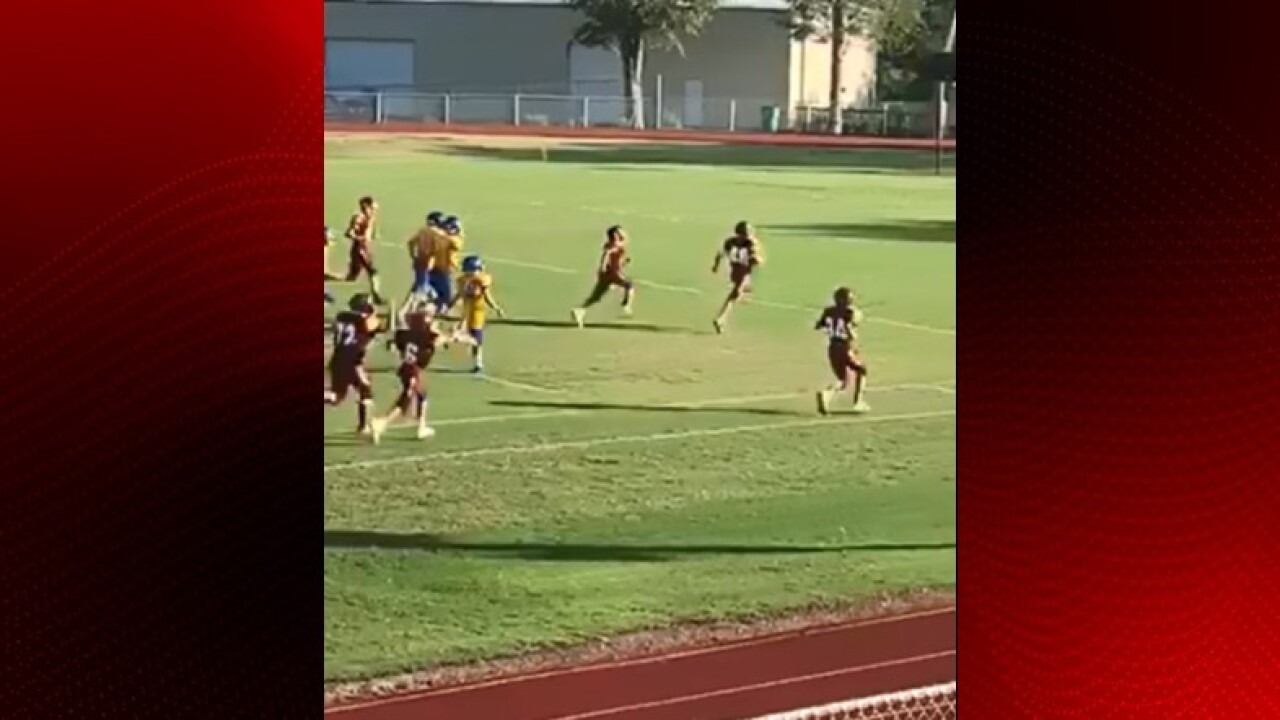 During a game between Iota Middle School and St. Michael Catholic School, coaches and players came together to create a special moment for one player.

Carter Broussard has autism. But that doesn't stop him from playing the sport he loves.

On Tuesday, Carter took to the field to score his very first touchdown, all thanks in part to his fellow players and coaches.

Sprinting past the other players toward the end zone, Carter is cheered on by his teammates on the field and fans in the bleachers.

According to his dad, Stephen Broussard, this was Carter's last middle school game.

This story was originally published on KATC.