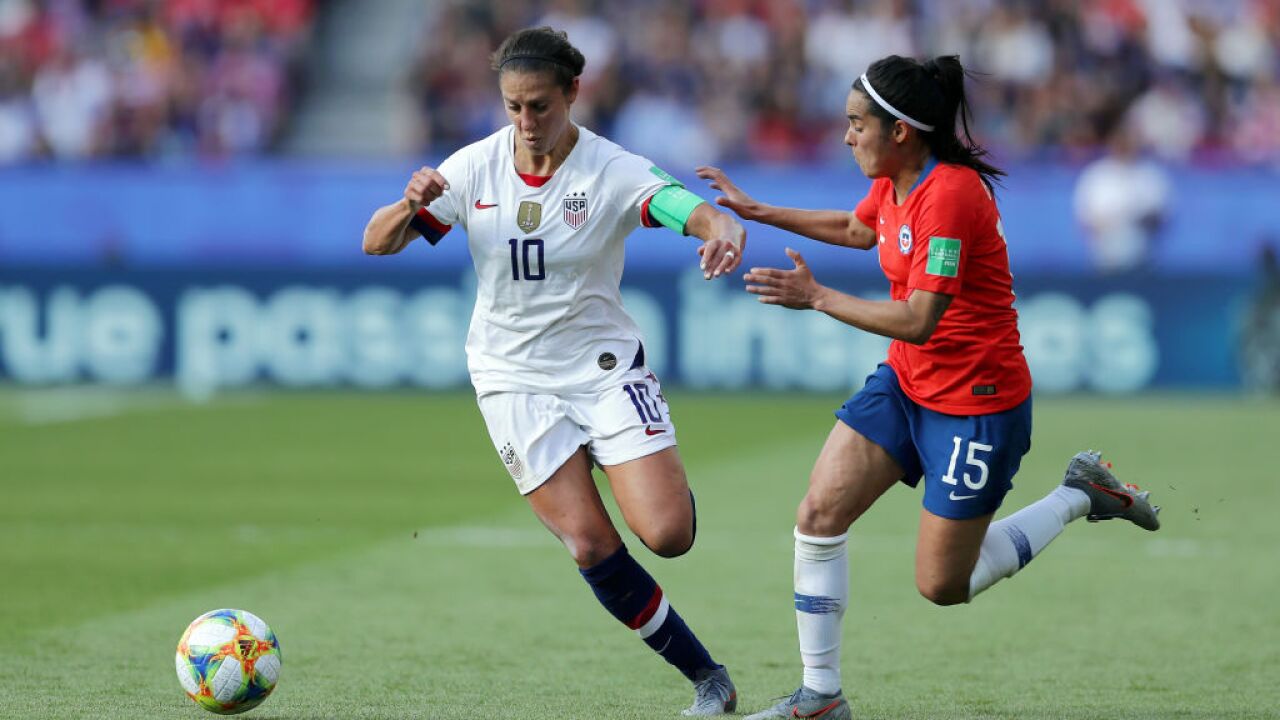 It might not have been a 13-0 win, but the U.S. women's national team shutout Sweden by a 2-0 margin on Thursday, to finish group play 3-0 in the Women's World Cup.

The Red, White and Blue advance to the Round of 16 thanks to the trio of wins. The next match comes Monday against Spain. The US last faced Spain in January, which resulted in a 1-0 victory for the Americans.

The USA outscored its opponents by an 18-0 margin during the three-game group stage. The 18 goals the Americans scored were the most in group stage play in Women's World Cup history.

Ranked ninth in the FIFA rankings, Sweden was by far the toughest foe the U.S. has faced so far.

Just three minutes into Thursday's match, Lindsey Horan scored to put the U.S. up 1-0. A Sweden own goal in the 50th minute put the Americans up 2-0.