VIDEO: A flock of mattresses attempts to take flight in Denver 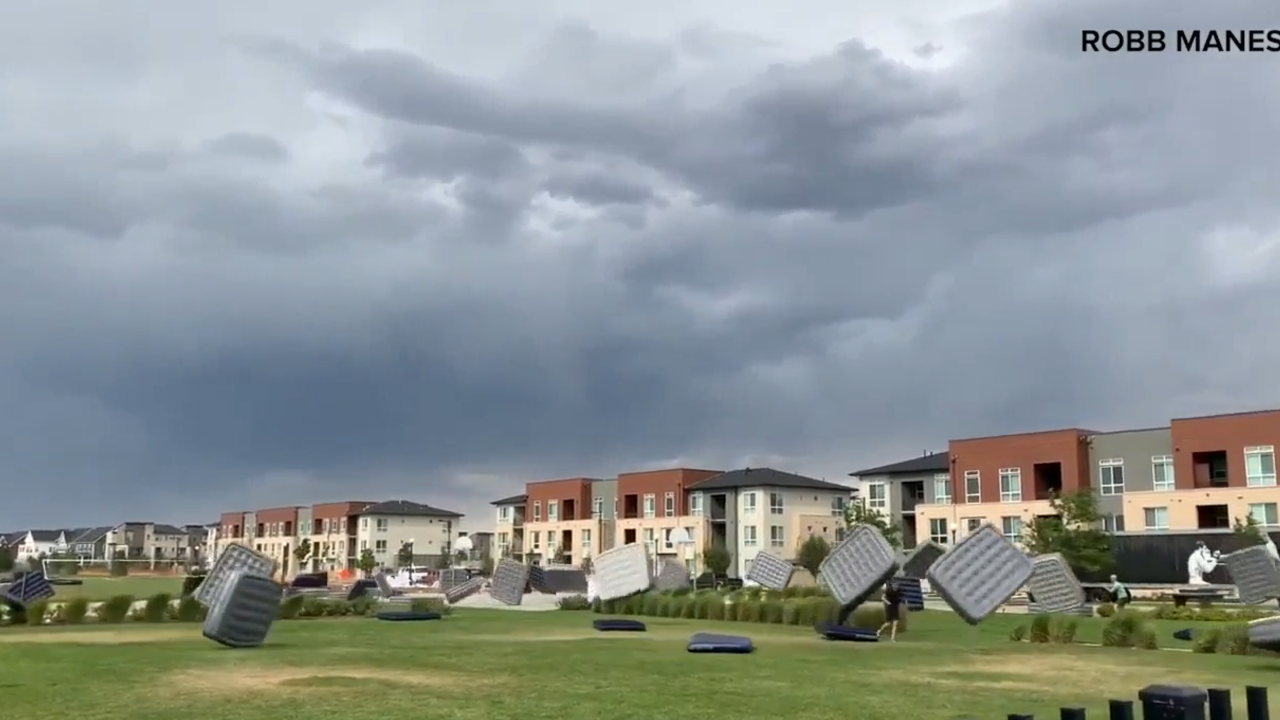 DENVER — A squadron of air mattresses had no patience to wait for takeoff clearance when they attempted to take flight on Runway 35 in Denver on Saturday afternoon.

The rebellious flock of flying mattresses encountered ground traffic as they bounced down Runway 35 Park on the site of Denver’s old Stapleton Airport.

The air mattresses were set up for that night’s show at The Bed Cinema, an outdoor movie showing at the Denver park.

Manes wrote on the YouTube post that he was “hanging out at the pool when, suddenly, a mattress flew into the fenced-in area. When a second and third one came in, we stood up, I grabbed my camera, and this is what we saw. Apparently there was a 'Movie Night Under The Stars' and in Denver, Colorado fashion, a storm blew in, and this is the result.”

This story was originally published by Robert Garrison on KMGH.