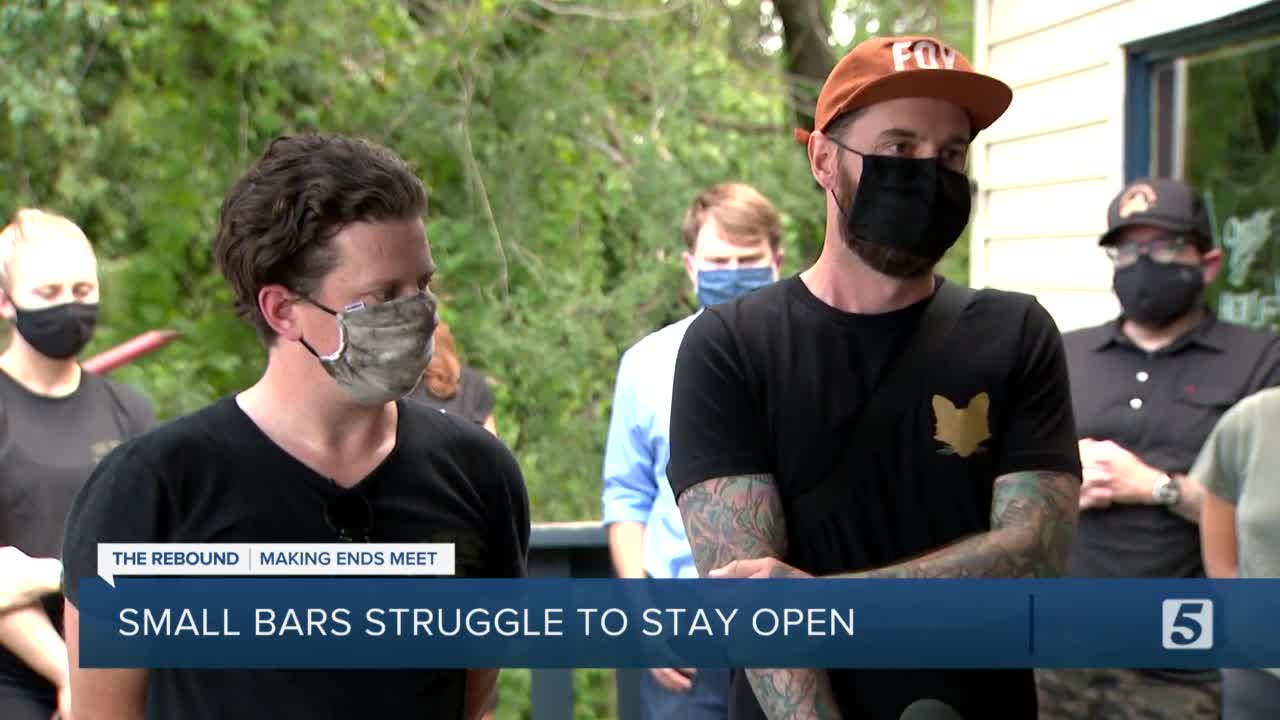 While crowds continue to fill downtown, some bar owners in other parts of Nashville are struggling to make ends meet. 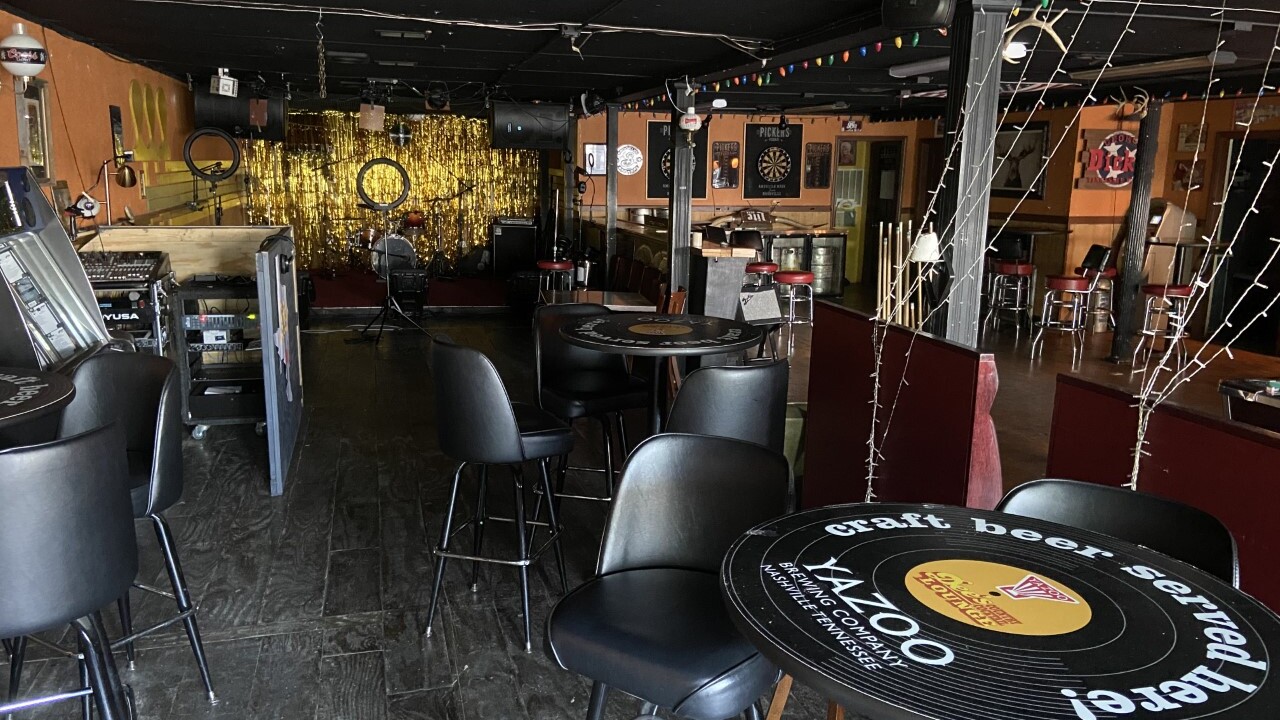 NASHVILLE, Tenn. (WTVF) — While crowds continue to fill downtown, some bar owners in other parts of Nashville are struggling to make ends meet.

"I have gone from moments of being hopeful, and feeling like fighting again, and then I’m right back down to hyperventilating and crying," said Amy Dee Richardson, owner of Dee's Country Cocktail Lounge in Madison.

Richardson said Dee's has only been open for about a week since March to comply with Metro's COVID-19 reopening plan. She said the closure has taken a huge financial toll. She said a PPP loan helped temporarily, but now she is running out of options.

Owners of other neighborhood bars voiced similar frustrations as they met outside of Dee's. They said while they have been forced to close their doors, downtown businesses have found "loopholes," and are using restaurant licenses to stay open and operate at half capacity.

"We wish that Mayor Cooper would enforce the rules he has put into place, and punish businesses that are not enforcing mask mandates," said Andrew Cook with Fox Bar and Cocktail Club.

Richardson said seeing videos of crowds of people without masks on Broadway is frustrating.

"To see the actions we’ve seen is like getting punched in the face," said Richardson. "You know it's coming, but it doesn’t hurt any less."

Bar owners said they understand their businesses can contribute to the spread of COVID-19, but they wanted to see every bar treated the same.

"It's a greater good opportunity for all of us to take care of the city, our guests and our employees," said Kevin Sanders with Fox bar and Cocktail Club.

"No one has had the courage to stand up to the irresponsible bar owners to tell them they are putting people in harm’s way," said Benedict.

Benedict said many small businesses are paying the price for others' actions. She added that the majority of violations are in downtown Nashville. She called for creating a 14-day self-quarantine for out of town visitors.

"You can't come to this city and spread the virus," said Benedict. "If you want to come to Nashville it is not for a party. We can't allow you to put Nashvillians at risk."

Richardson and Cook said smaller, neighborhood bars are better equipped to open at a reduced capacity. Richardson said at half capacity, she could serve 30 people inside Dee's, and she felt comfortable enforcing social distancing.

"It would allow for some income rather than zero," said Richardson.

"We can operate safely in a limited capacity and do our jobs and create a safe environment for our customers, and we aren’t being allowed to do so," said Cook.

Richardson said she doesn't have a restaurant license, and operating as a to-go only business isn't financially viable. She planned to ask family for money and attempt to get other loans.

"I am just hoping to make it until January," said Richardson. "I ask everyone in this city to do their jobs, so we can go back to doing ours."