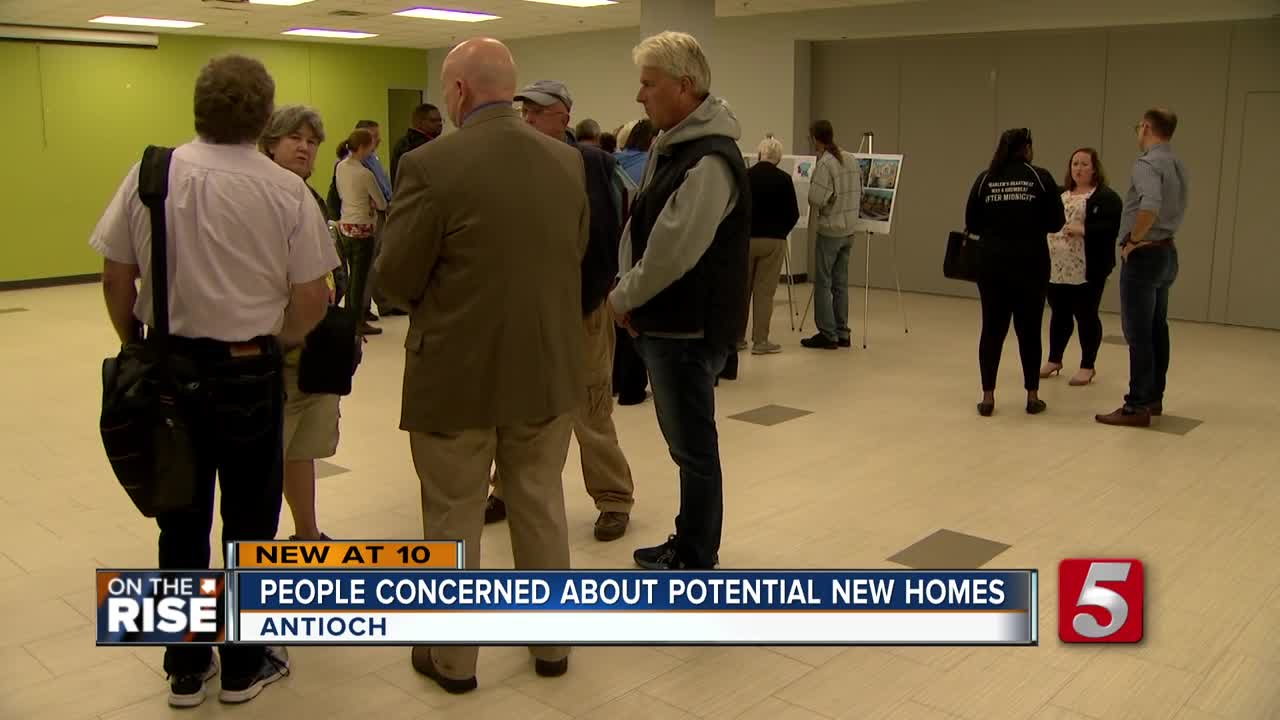 Neighbors gathered to learn more about new development coming to their area in Antioch.

NASHVILLE, Tenn. (WTVF) — developers want to build more homes in Antioch, but a change in plans has neighbors worried.

The original concept from Lose Designs included around 100 single-family homes southwest of the intersection of Bell Road and Blue Hole Road in Antioch.

Now, their plan is for around 300 townhomes on the more than 85 acres, which has neighbors concerned about runoff and traffic. But a representative from Lose Designs says there are benefits tied to their new vision.

It will save green space, something the mid-state is seeing less of because of development.

Councilman John Rutherford - sworn into District 31 just a month ago - is pushing for another public meeting on the issue before any plans move forward.