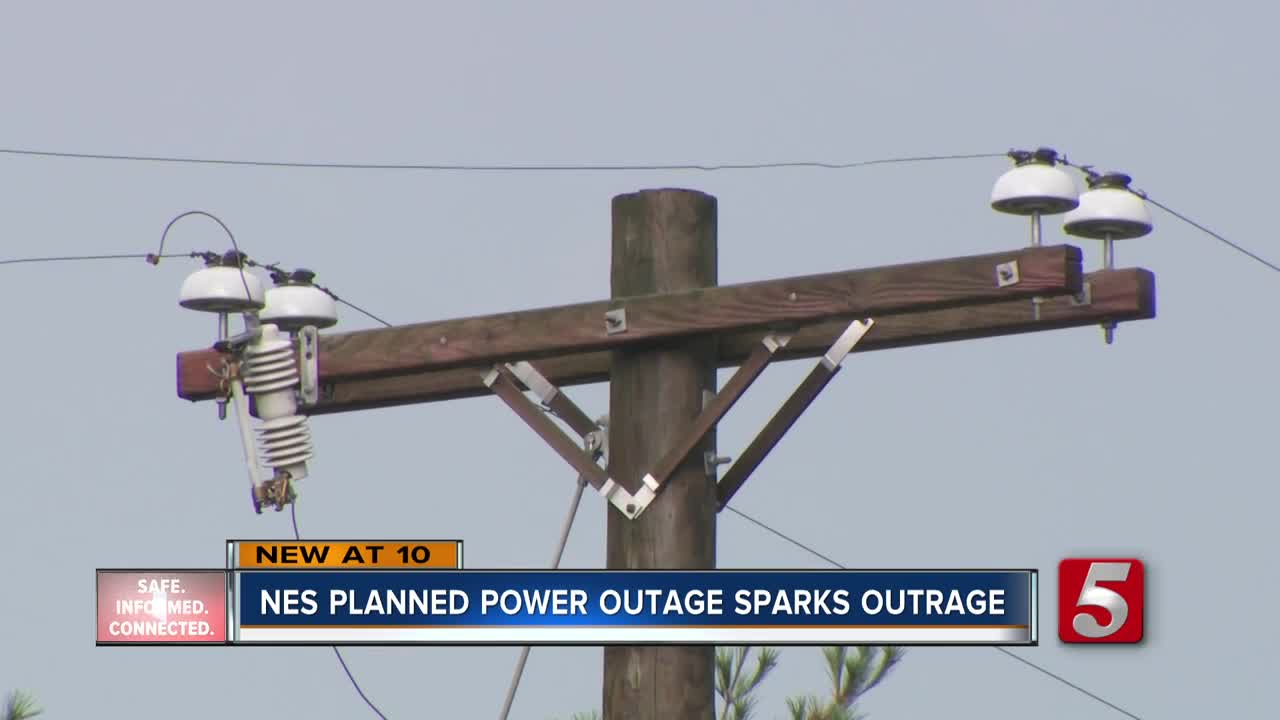 Many of the power outages on Tuesday were unplanned, but a scheduled outage on one of Nashville's hottest days had neighbors outraged. 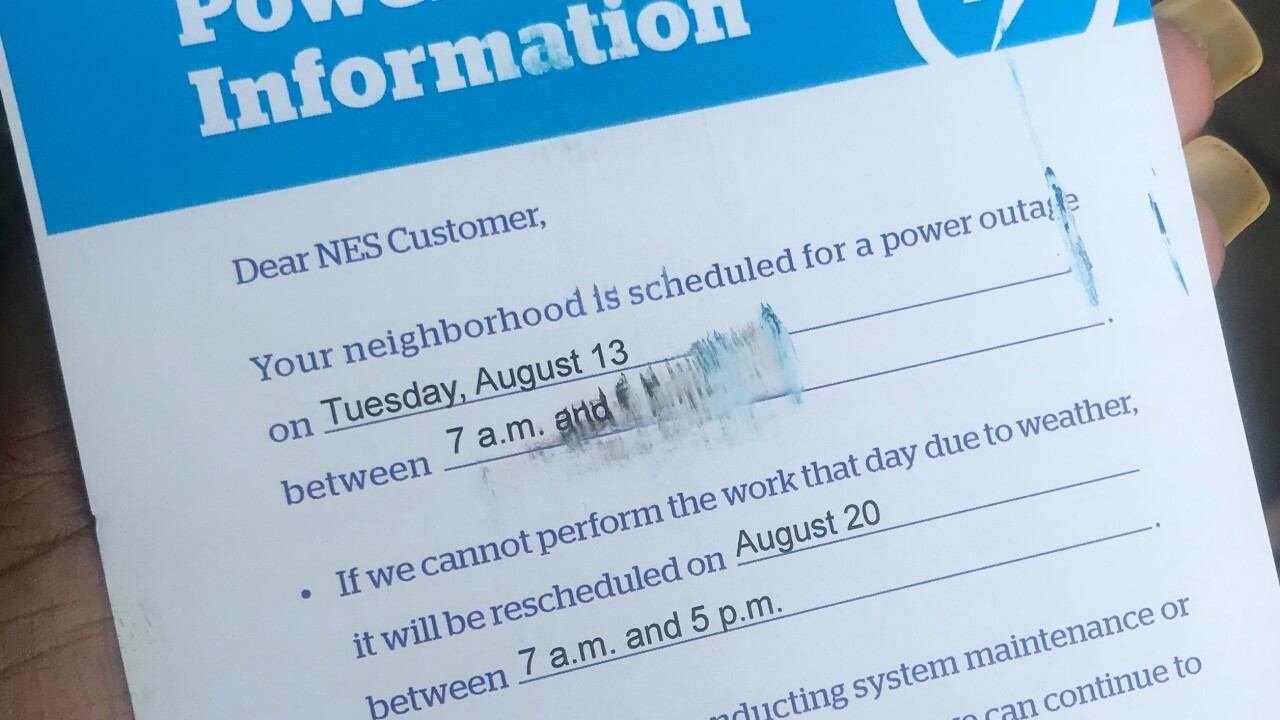 NASHVILLE, Tenn (WTVF) — Many of the power outages on Tuesday were unplanned as high winds knocked down power lines; however, a scheduled outage on one of Nashville's hottest days had neighbors outraged.

Crews with Nashville Electric Service shut off power in the historic Belmont-Hillsboro neighborhood to remove a dangerous tree around 8 A.M., when the temperature was reported in the mid-eighties, and heat index or "feels like" temperature in the ninety degree range.

People say it was too hot and a potentially dangerous call.

"There's no A.C., and I'm going 'what's going on, there's no power in the whole house,'" said Patrick Gillespie.

Gillespie traveled from California to do house work in Nashville for a client when he noticed the power inside the home was shut off, and he's not the only person on the block who was left in the dark.

"By the time I got home, I said they won’t possibly do it because we already have heat warnings, and sure enough at 7:40 or almost 7:40 power went down," said homeowner Mimi Terranova.

While N.E.S. crews said the downed tree was a hazard, neighbors say the real threat was shutting off the power during one of the hottest days so far this year.

"It's the hottest day out here. I've been here over a week and it's just unbelievably hot. This is my fourth set of clothes that I had to change into to today," said Gillespie.

N.E.S. sent out mailers alerting homeowners of the outage, but neighbors like Terranova say she didn't realize the notice was in her mailbox until a neighbor called her just one day before the outage.

"Do it at night, do it when it's not so hot or make sure those of us who are vulnerable are told a head of time," said Terranova.

The scheduled outage time was from 7 a.m. to 5 p.m. Neighbors say power wasn't restored until about 1 p.m. By 2 p.m., the heat index or "feels like" temperature had climbed to 108 degrees.

In statement the power company said:

"We sincerely apologize to our customers for the planned power outage in the Belmont area today. We had scheduled the interruption of power for the safety of our crews while they removed a tree that’s causing a hazard. Due to the extreme weather conditions, we restored power earlier today and will complete the scheduled project at a later date."

Gillespie says Tuesday just wasn't the day to remove a tree and shut off the power for hours to an entire neighborhood.

"I would have rescheduled it for another time or even on Monday they knew it was going to be the high index with the humidity and everything over 100. If I was intelligent and working for the N.E.S. then I would have rescheduled it for a later date when it’s going to be cooler weather, instead of doing it on the hottest date so far this year," said Gillespie.

The mailer that was sent out to neighbors say work will be rescheduled on August 20 if weather interferes. Neighbors are hoping that's a cooler day.