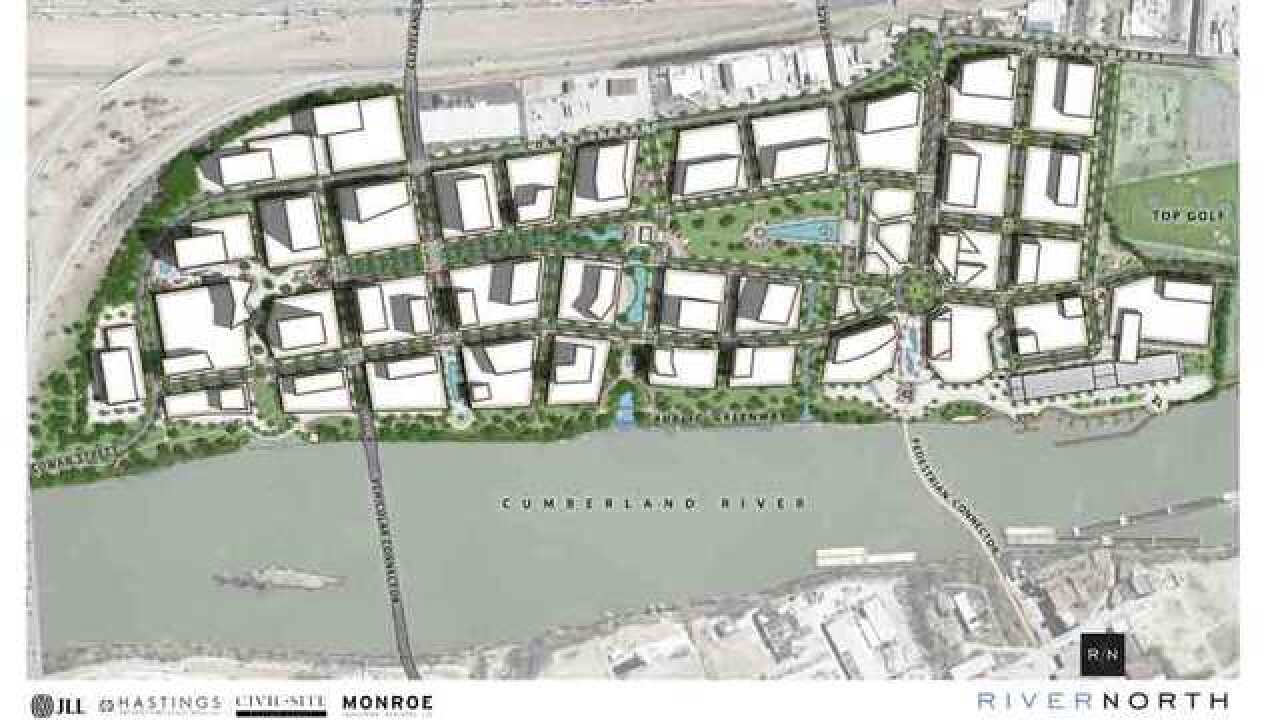 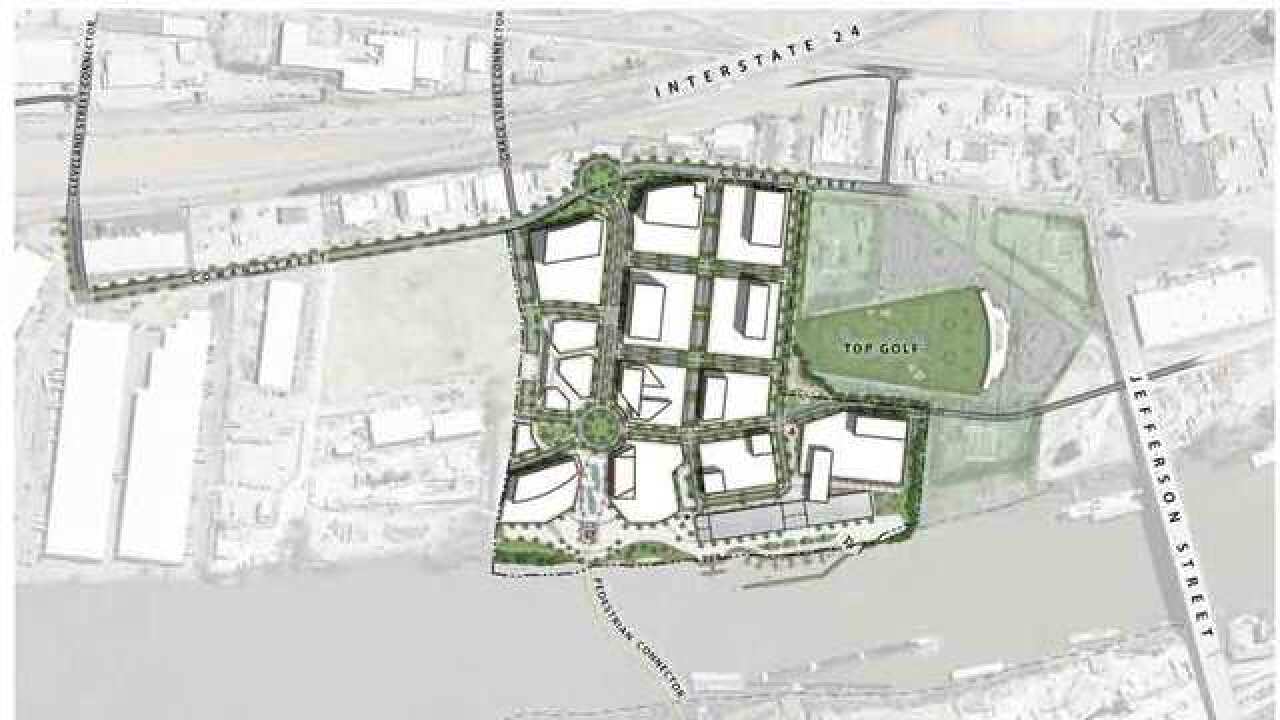 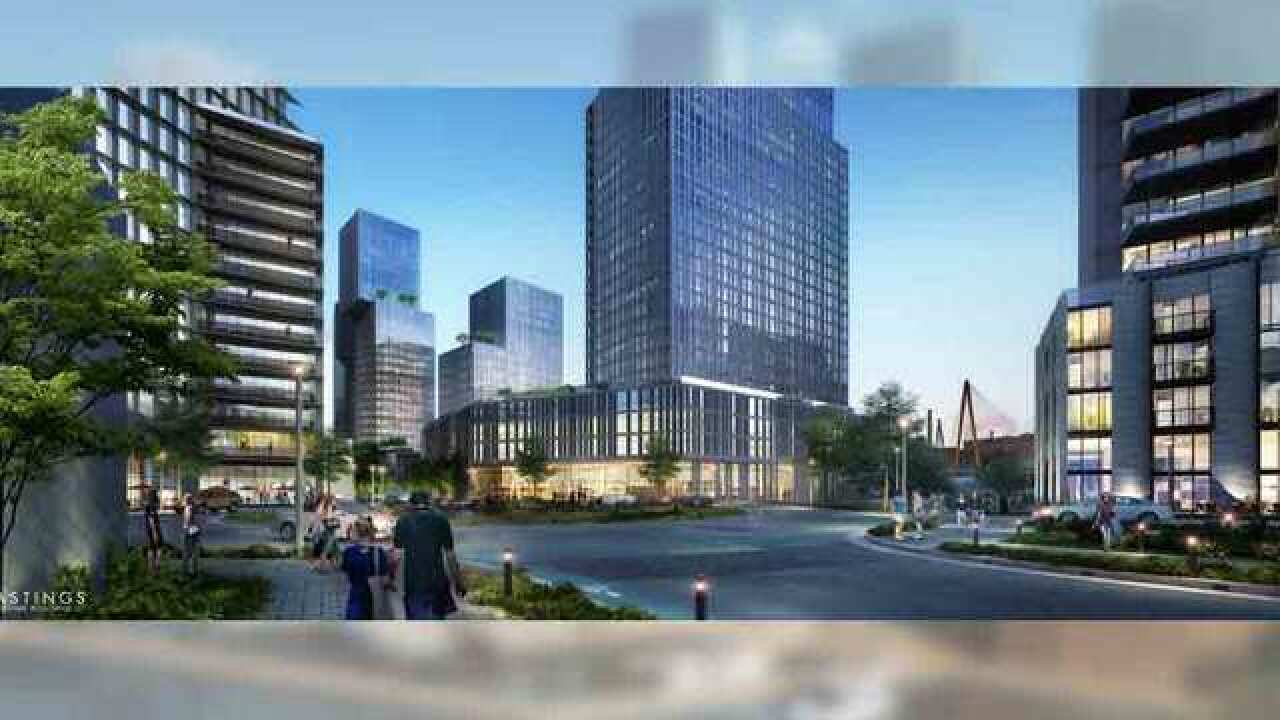 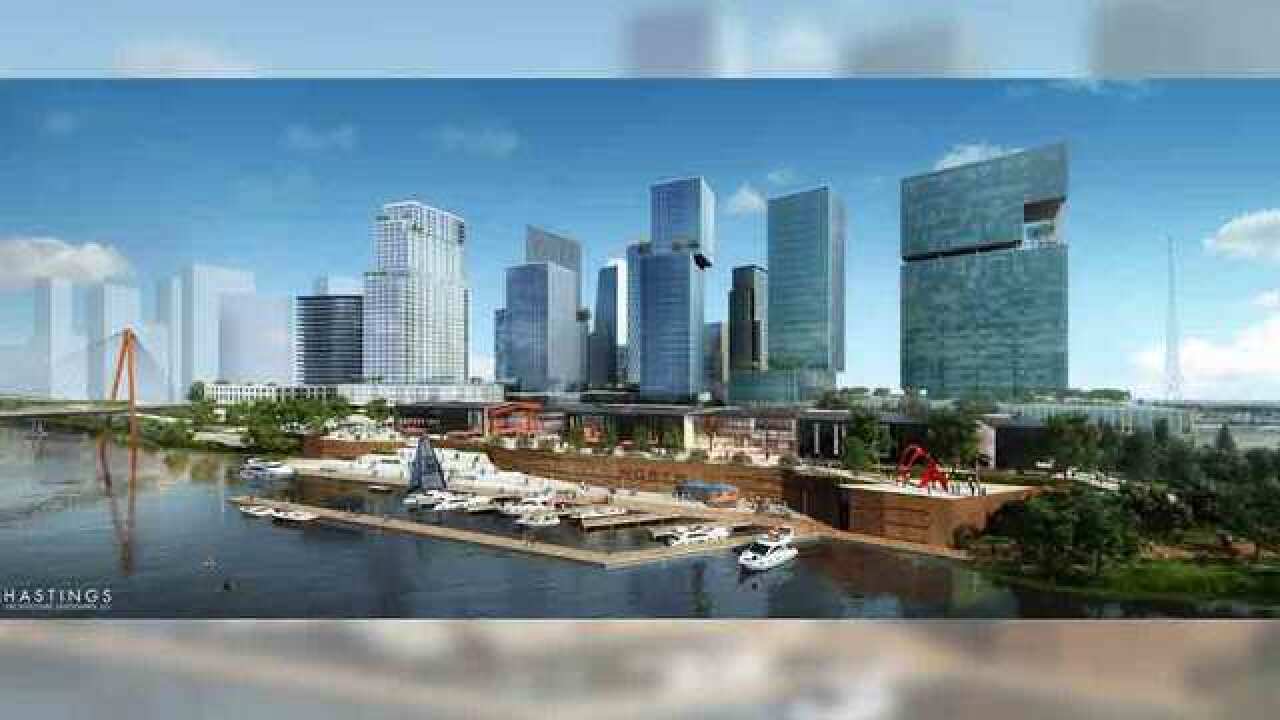 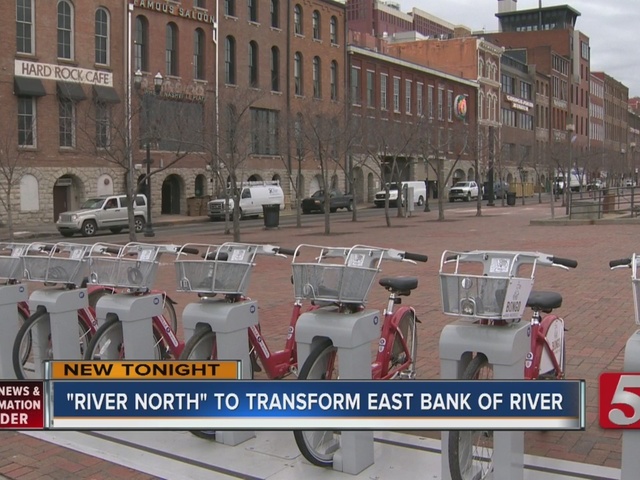 A new development featuring skyscrapers and green space was announced on Tuesday with plans to bring the development into the area just north of downtown in the coming years.

The development named "River North" is a mixed-use site that will take over a largely industrial part of town to feature restaurants, businesses, and places to live, similar to how the Gulch was built out of an industrial and overlooked area.

"This is really exciting for Nashville," Nashville Mayor Megan Barry said. "Anytime we can take an industrial area and turn it into a vibrant neighborhood, it's really good for Nashville."

The project has been in the works for nearly 20 years, as Monroe Investment Partners began purchasing land in the area 18 years ago with the plans to develop the area.

Last year, it was announced that Monroe Investment Partners would build a Topgolf on land in the area. River North is an expansion and addition to that project.

River North is in the area between Jefferson Street and the I-65 bridge across the river from Germantown and will feature buildings that will can be as tall as 15 stories.

"We have a lot of cranes in the air right now, and that continues to be a really positive thing for Nashville," Barry explained. "All of this continued investment and growth; this is just another example with Monroe Partners with putting some investment in Nashville because they believe in Nashville."

Nashville is sometimes referred to as a city built with it's back to the river, but in River North, developers plan to not only face the Cumberland River, but incorporate the river into their plans with a pedestrian bridge to Germantown, a marina, and the developer is donating 50 acres to Metro for infrastructure and green space, including land along the river that will allow extension of the green way.

"We can really utilize that riverfront and that option of having that green space along the river," Barry said, adding that incorporating the river will be key in moving Nashville forward.

The first 40-acre phase called "The Landings at River North" is set to get underway this year and will include the Topgolf already planned, leaving plenty of room for expansion in a project that hopes to revitalize the Cumberland riverfront.

At the time of the announcement of the project, developers had not announced a date at which individual phases and projects could be complete.