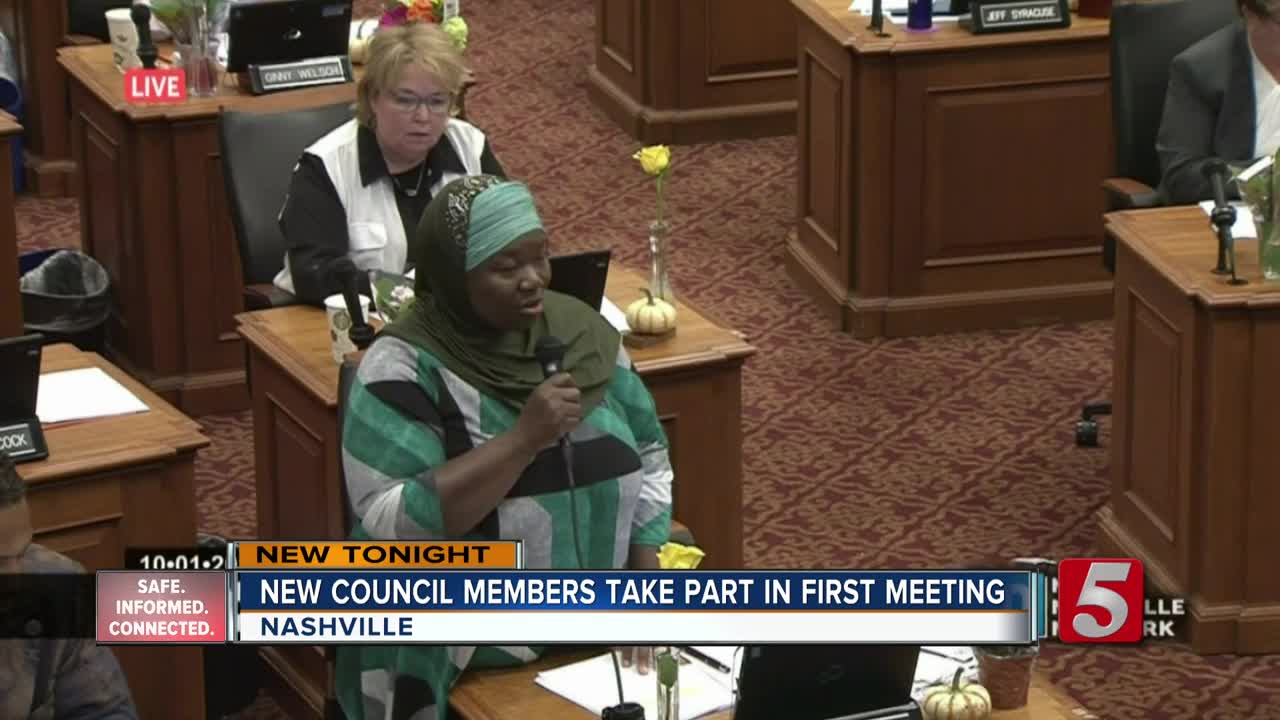 It was the first meeting since four new members were elected last month along with Mayor John Cooper. That includes Emily Benedict and Russ Bradford, who are part of the LGBTQ community.

Sandra Sepulveda is the first Latina elected to the Council. The first Muslim, Zulfat Suara, has also joined the council.

Some of the first things the council looked at included a settlement involving the family of Akilah DaSilva, who was killed in the Waffle House shooting. It was deferred.

Several resolutions regarding Metro Police working with other law enforcement agencies for the distribution of grant funds to help with the investigation of internet crimes against children also passed.