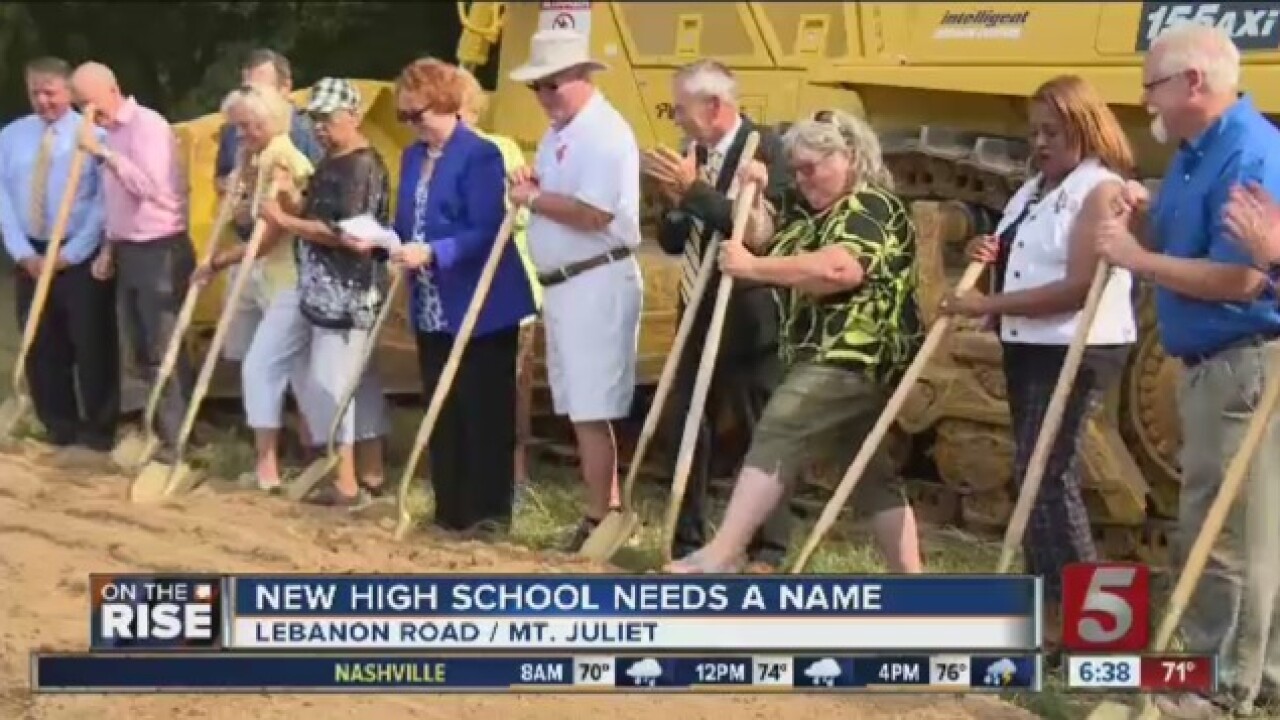 As work begins to build a new high school in Mt. Juliet, Wilson County Schools wants the public's input about what to name it.

The high school is being built at the corner of Greenhill Road and Lebanon Road. It will become Wilson County's 5th high school, and will help offset the huge increase in the student population that other schools are currently absorbing.

Wilson County Schools said 12 people were recently appointing to the school's naming committee. However, the group is hoping to get input from the community first.

According to Wilson County Schools, there are some things to consider. Board policy requires all schools be named for one of the following:

The school has been referred to Greenhill High School because it will sit on Greenhill Road. However, Wilson County Schools said that name has not been officially chosen.

Submissions will be accepted through Friday, September 28th. Those ideas can be sent through Wilson County Schools' Facebook Page or through its Lets Talk function on its website .