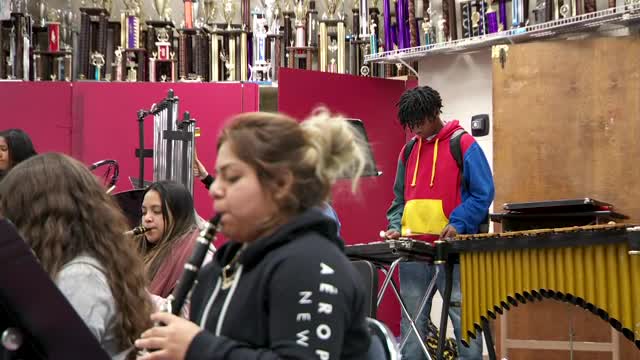 Those non-profits are sent dozens of teenagers a year who have committed crimes that are as minor as skipping school, to as serious as armed robbery. 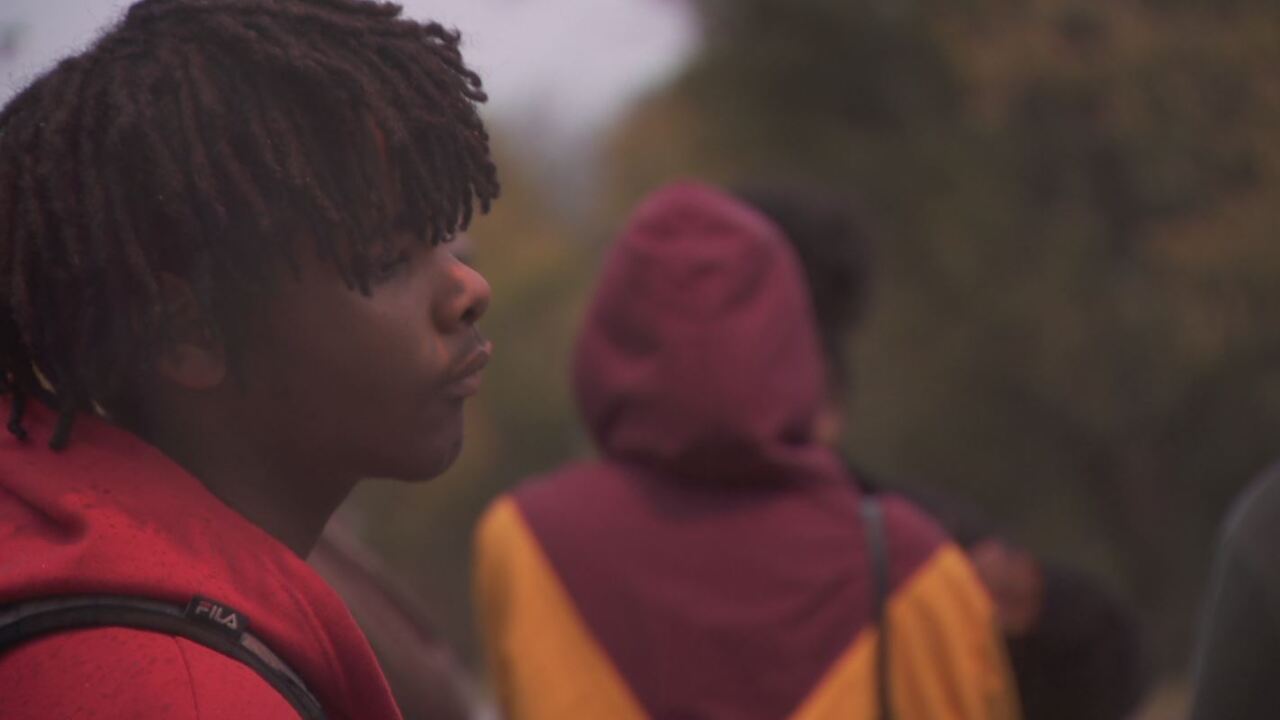 NASHVILLE, Tenn. (WTVF) — The sun had already left the sky for the day when Kenneth Buford stepped off a school bus and began walking home to his small South Nashville apartment, the beginning of a solitary evening routine that this 14-year-old goes through nearly every night.

There’s nothing lavish about where Kenneth lives. Two beds have been crammed into the living room of a third story walk up, one for him and one for his older sister. It’s drab and dark and stale. But Kenneth doesn’t mind the loneliness.

“I like being by myself to be honest. It’s nice just being alone for a few hours. If I got a job, I think I could do pretty good on my own,” Kenneth said as he started unwrapping a frozen hamburger patty he had pulled out from the freezer.

To keep the lights on, Kenneth’s dad, Kenneth Buford Sr., works the night shift - which is why most nights of week Kenneth is sitting alone at his kitchen table, eating whatever he’s made himself for dinner.

As a hamburger sizzles in a skillet and the teenager places frozen French fries in the oven, he begins to talk about what life is like for an untold number of teenagers in Nashville,

"My grades are okay. I’m not the best student but I’m not a bad one either.”

“I felt like I could get away with it. I just didn’t want to be at school. I didn’t think I would get caught either,” he admitted as he opened the door of the oven to check on the French fries that had started to burn.

Skipping school may not sound like the most egregious kind of crime - especially when teenagers in Nashville are stealing cars or even committing murder.

But a large majority of kids under the age of 18 get their first taste of the Juvenile Court when they are brought before a judge on a truancy charge.

Which is what happened to Kenneth earlier this year when he was picked up by the police one afternoon while skipping school.

“It was just like ‘damn, I just got caught.’ I wasn’t scared, I knew I would go home as soon as my dad came and got me,” Kenneth said honestly.

Last year, Davidson County’s Juvenile Court system handled 1,209 truancy related cases. One of those cases was Kenneth’s, who is currently a freshman at Glencliff High School.

Kenneth isn’t a bad kid but his situation sheds light on how it easy it his for good kids to start falling through the cracks.

He had a simple answer when asked about why so many of the city’s youth are turning to crime.

“Some kids just grew up in poverty," Kenneth said. " They couldn’t get a job, so they had to resort to that kind of thing. For other kids, music and social media are influencing them.”

“Everyone want to be like they’re favorite rapper,” he added.

So how do we catch them kids like Kenneth before or even after they’ve fallen?

One answer lies in a small number of nonprofits tasked with turning juvenile’s lives around. Those nonprofits are sent dozens of teenagers a year who have committed crimes that are as minor as skipping school, to as serious as armed robbery.

Marcel Hernandez founded the group “Be About Change” four years ago. Every year, they work with dozens of kids like Kenneth Buford who have been referred by through Juvenile Court.

“We are trying to be a part of the brick and mortar laying early on, so that when things do go wrong these kids have a reliable resource to turn to,” Hernandez said.

Be About Change is an eight-week program which meets for two hours every Saturday. Every class begins with an hour of physical fitness. Every week, the instructors of the program track students’ progress in everything from running a mile to how many push-ups they can do.

Hernandez says the physical activity serves a duel purpose for kids who have found themselves in trouble with the law.

“To me the physical training is symbolic for life," he said. "We know we’ll have adversity no matter what, so when we intentionally push these kids, it’s almost like we’re practicing for life.”

The other hours of each class is focused on teaching kids life skills. They’re shown how to make a proper resume, how to use social media in a way that won’t scare off future employers and how to handle money. The idea is to give kids tools to succeed instead of simply focusing on what they’ve done wrong.

“The great thing about dealing with youth is that their minds are malleable,” he added.

The class Kenneth Buford was assigned to initially started with 14 kids but, by the end of the eight weeks, 10 students had dropped out. While it isn’t an absolute fix, programs like Be About Change are at least a start to fixing a broken system.

“We know trauma is generational, so we’re trying to make strength and hope generational as well,” Hernandez said.

Since starting the program, Kenneth Buford hasn’t skipped a day of school.