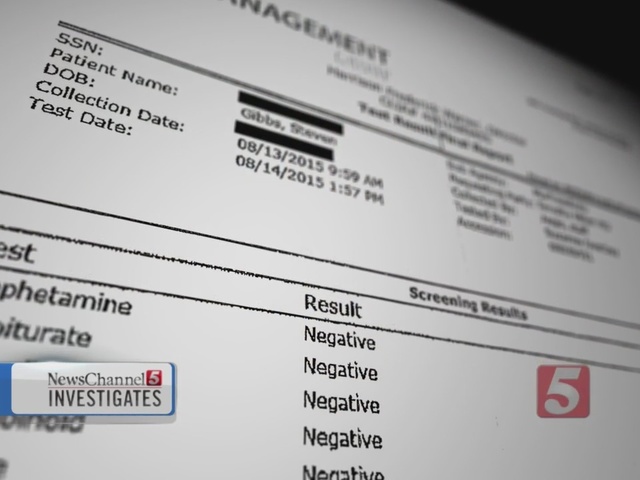 Rutherford County's private, for profit, probation company threatens people with drug tests if they do not pay court costs and extra fees, according to a lawsuit filed in federal court. 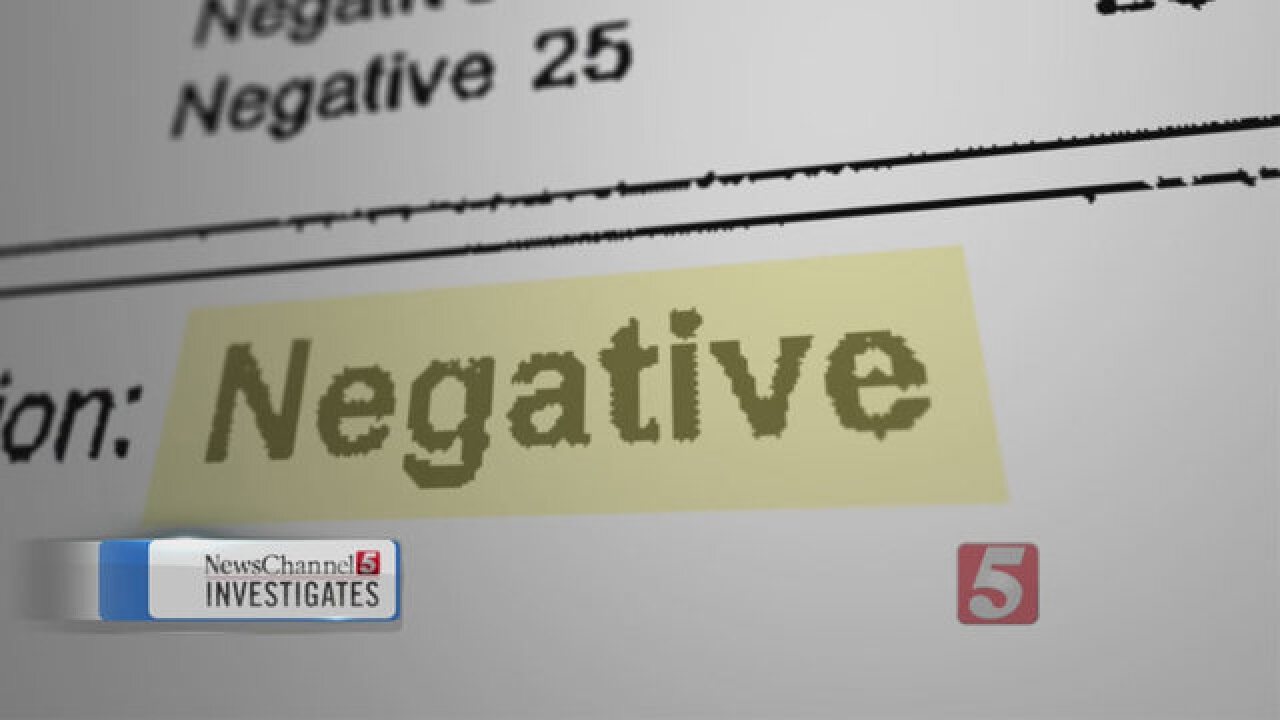 Rutherford County's private, for-profit probation company threatens people with drug tests if they do not pay court costs and extra fees, according to a lawsuit filed in federal court.

The lawsuit also questions the reliability of the drug tests the company uses.

Stephen Gibbs is one of seven people suing Providence Community Corrections (PCC) as part of a class action lawsuit.

Gibbs is disabled. His wife of 47 years works at a fast food restaurant. They currently live in a motel room in Murfreesboro.

Last year, Gibbs was arrested for driving on a suspended license.

Unable to pay off his fine, a county judge put Gibbs on supervised probation with PCC.

He explained that "violated" meant he could go to jail.

"Because I didn't have the money to pay, she said 'I'm going to drug test you then.' I said, 'Go ahead. I ain't done nothing.'"

Gibbs had just taken a drug test at his pain clinic which showed him clean.

But when PCC's test came back -- two weeks after the pain clinic test -- it showed he had used marijuana.

His probation officer promised a warrant for his arrest.

"I was in shock," Gibbs' wife, Debbie, said. "I was like how in the world can you test positive and you haven't touched anything."

Attorney Jonathan Gibbs with the Nashville law firm Baker Donelson met Gibbs as he and other lawyers gathered information for a lawsuit against PCC.

"He took that test and it came up positive, and we found it strange," Cole said.

The lawyers immediately sent Gibbs for yet another drug test at an independent company.

"They paid for a drug test the next morning. The drug test came back negative on everything. Negative," Gibbs said.

The third drug test showed Gibbs had no drugs in his system just like the one from the pain clinic.

"It seems strange that he would have a clean test, then a failed test, and then a clean test. And the only one he fails is the one administered by PCC," Cole said.

In fact, the drug testing company used by PCC warns about "false positives" at the bottom of each test. It also states a "confirmatory test is highly recommended."

"We find it strange they rely on that in order to threaten to violate somebody to put them back in jail," Cole said.

After PCC did not return our calls, NewsChannel 5 Investigates went to their office in Murfreesboro.

A security guard was at the door.

"The only way you can talk to somebody is if you call and make an appointment," the guard said.

NewsChannel 5 Investigates followed, "We're happy to call. We've made calls. No one is returning our calls."

The guard responded, "Without an appointment I can't let you inside."

NewsChannel 5 Investigates asked, "Can anyone tell us about the drug tests that PCC is using?"

We also offered to wait outside for someone to talk with us.

"Like I said you have to call and make an appointment," the guard said.

No one from PCC came outside.

Stephen and Debbie Gibbs claim the drug tests are part of a rigged system.

They say the fees they now owe PCC continue to rise -- to twice what they pay for rent.

Steven worries every day about going to jail.

"It's stressful," Gibbs said. "I mean it just breaks my heart."

Gibbs and other plaintiffs will be in federal court on Friday.

Lawyers are seeking an injunction to prevent the county from arresting Gibbs and others in connection with failed drug tests.

PCC still has not responded to our questions about their drug tests.