NewsChannel 5 puts COVID-19 testing to the test; after two weeks, still no result 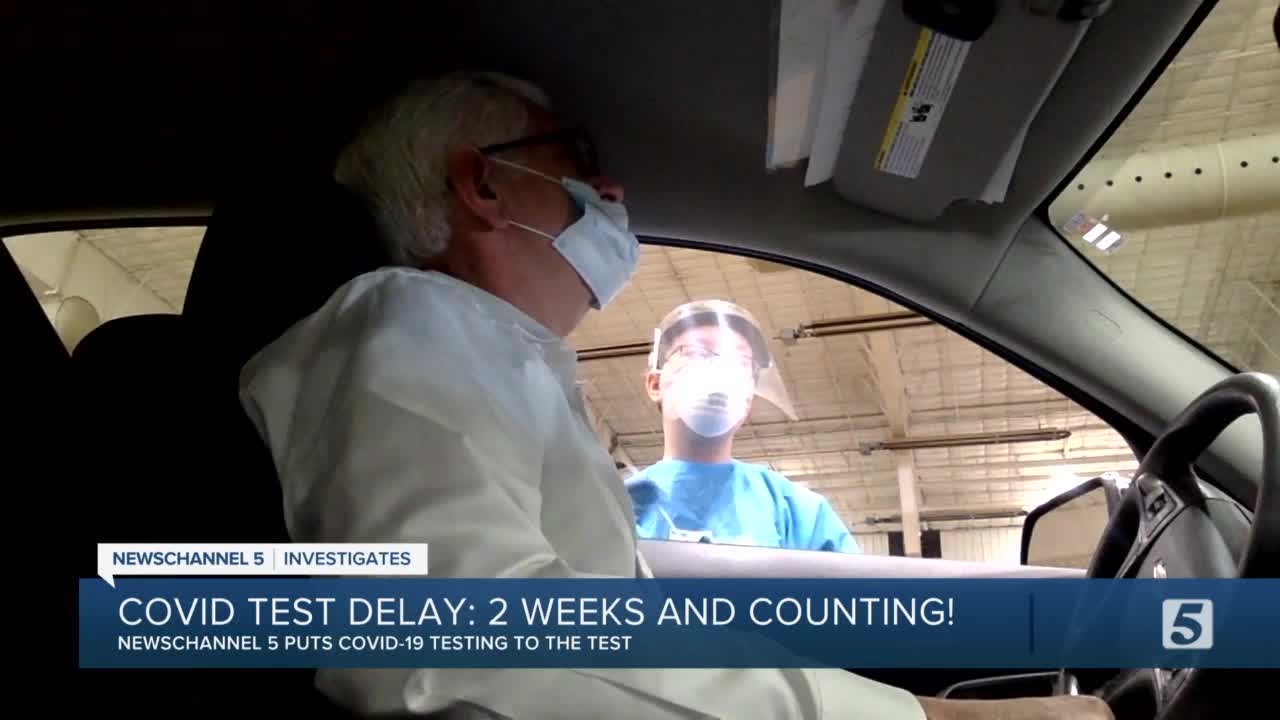 The total number of COVID-19 test results reported by Tennessee authorities has dropped dramatically in the last week. 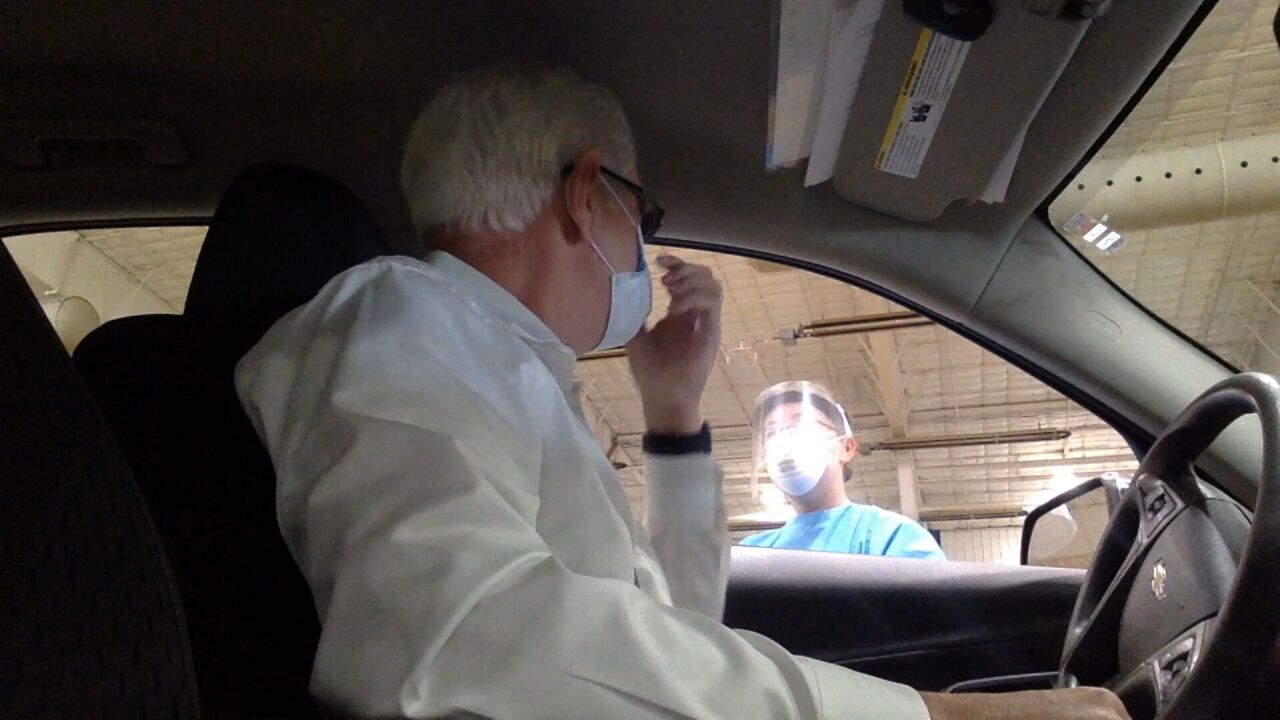 At same time, NewsChannel 5 Investigates was putting the system for tracking the coronavirus to the test. And, some two weeks later, we're still waiting for the results from one test.

That despite the fact that Tennessee is spending tens of millions of dollars of your money on testing.

If you look at raw testing numbers, Tennessee ranks among the best in the country in the number of tests for COVID-19.

But what happens with those tests?

"Good sign, there does not appear to be much of a line - so that's a really positive start," Williams noted.

At the state-operated testing center, there was no wait.

At the very same time, photojournalist Bryan Staples was at Nissan Stadium at the city of Nashville's testing location, operated by Meharry Medical College.

"Pulling up you can see there's already a line of people here," Staples observed. "We're not sure exactly how long this is going to take."

There, he experienced the long lines that have drawn so many complaints.

"It looks like there's probably at least 30 cars behind me and probably another 30 cars in line with me," Staples noted at one point.

After less than two minutes of answering questions, Williams was ready for his COVID test, administered by the Tennessee Army National Guard.

A nurse urged him, "Just put your head against the headrest and breathe through your mouth like you have a stuffy nose."

From start to finish, the process at the state-operated site would take less than five minutes.

Back at Nissan Stadium, Staples' test would take 45 minutes.

Then, like hundreds of thousands of other Tennesseans, we waited for our results.

"So here it is at 11:22 in the morning, and I've just checked my test results," Staples observed.

"I got my test results back -- and it's negative, thankfully. That's actually pretty good."

Meanwhile, Williams waited for the results that the state said would come by phone.

The pair caught up by in Zoom chat the following Monday.

"Have you gotten your results back yet?" Staples asked.

"Yeah. Tomorrow will be a week."

Now, it's been right at two weeks, and Williams is still waiting on the results.

Calls to a phone number provided to people getting tests are answered by a recording, "We are temporarily unable to take your call. Please call back."

UPDATE: Last night, I came home to mail informing me that my #COVID19 test was negative. So much for getting “your COVID results by phone,” as promised on paperwork received at state testing site. https://t.co/mHTGDhDPnO pic.twitter.com/JL2HEMDq3I

Tennessee Health Commissioner Lisa Piercey acknowledged Thursday that there have been significant delays.

Piercey said, if you look at last week's sudden downturn in the number of tests reported, it could be because people are just not testing as much because of the delays.

NewsChannel 5 Investigates asked the commissioner, "Would you agree with other experts who say that test results of 11 and 12 days out, maybe longer, are virtually useless?"

FIFTEEN days after my #COVID19 test at a state testing site, I just got my phone call saying I was negative. Caller wanted to know if I got my letter. (Yes, Monday night.) When I told her I had expected a call first, she said: "Yeah, that was the plan." https://t.co/rCEYXLDNDY

State Rep. Mike Stewart questioned why tax dollars are being shelled out to pay for COVID-19 tests that, by the commissioner's own admission, are useless.

"We just need officials to properly manage this," the Nashville Democrat said. "Just establish some benchmarks and, if the vendors don't meet the benchmarks, fire the vendors and get new vendors."

"Here in Tennessee where we have some of the most skilled hospital executives in the world, we've got people that could make this operation run properly. Let's hire them and get moving."

Microsoft founder Bill Gates recently suggested that most COVID-19 tests in the country are "completely garbage" because of the delays.

He suggested that vendors should not be paid if they cannot turn around test results in 48 hours.