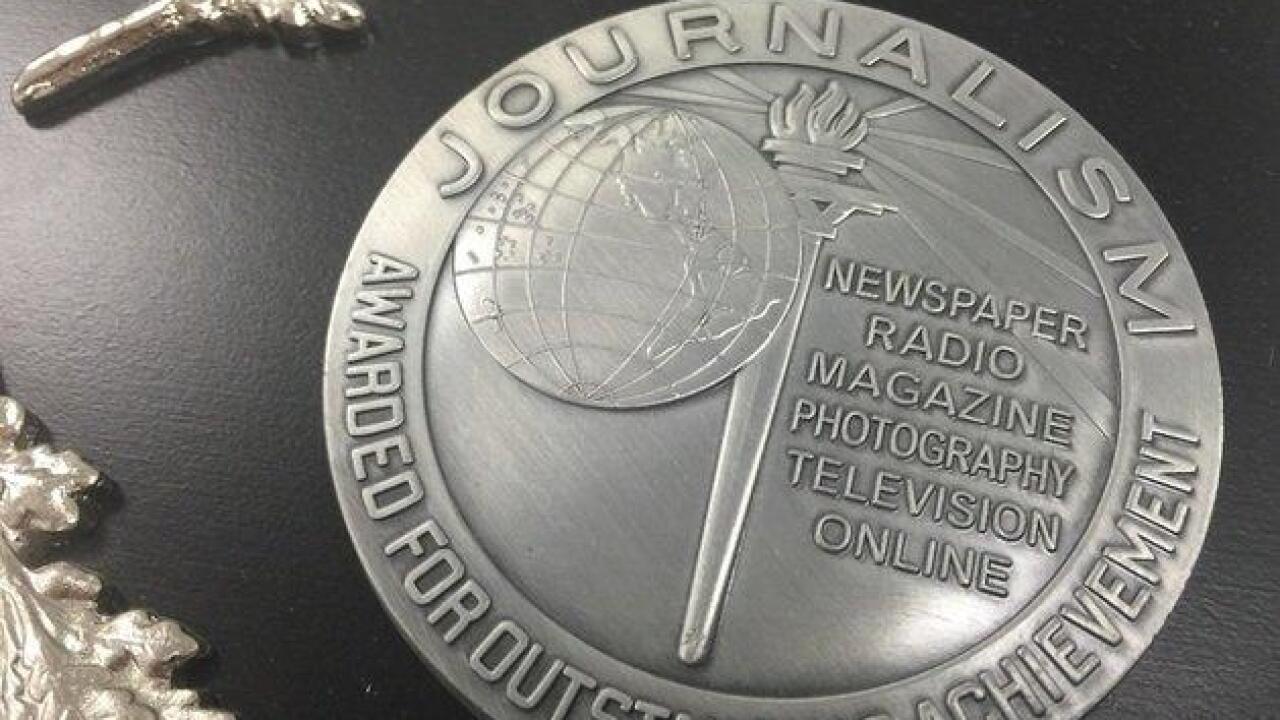 NASHVILLE, Tenn. (WTVF) — A NewsChannel 5 investigation of lead contamination in the drinking water of Nashville schools has been honored with a National Headliner Award for environmental reporting.

In addition, the station's journalists were recognized with four regional Edward R. Murrow Awards, it was announced Tuesday.

The first-place National Headliner Award was given to "NewsChannel 5 Investigates: Toxic School Water," a yearlong investigation into how Metro Nashville Public Schools reacted slowly in dealing with the lead contamination issue. It prompted Tennessee lawmakers to pass a law that required every district to test for lead.

"An incisive piece of investigative journalism, reporter Phil Williams’ story on toxic levels of lead in Nashville’s Metro school district reminds us of the power of journalism to check unscrupulous officials and to ultimately save lives," the Headliner judges wrote.

The investigation was also the work of photojournalist/editor Bryan Staples and assistant news director Michelle Bonnett.

In the news series category, "NewsChannel 5 Investigates: Schoolhouse Scandal" exposed a sexual harassment scandal inside the Metro Nashville school system. It was the work of Williams, Staples and assistant news director Michelle Bonnett.

In the investigative reporting category, "Don't Shoot Him, Ram Him" revealed how body camera video from a deadly officer-involved shooting had raised new questions about what really happened. It was the work of investigative reporter Ben Hall, photojournalist Bob Stinnett and executive producer Kevin Wisniewski.

“Public trust in journalism is threatened by a lack of understanding about the reporting process,” RTDNA Chairman Jerry Walsh said in the organization's announcement.

“The Edward R. Murrow Awards are an opportunity for our industry to showcase what well trained, ethical local journalists are doing to better our communities on behalf of the public. We invite viewers and readers to learn more about the reporting process behind each of these stories, and to know this same process is happening every single day in preparation for every single newscast.”

These winners will move on to the national round of judging, which also includes digital and network news organizations as well as student awards.

The national awards will be presented at RTDNA’s Edward R. Murrow Awards Gala at Gotham Hall in New York on Oct. 14, 2019.