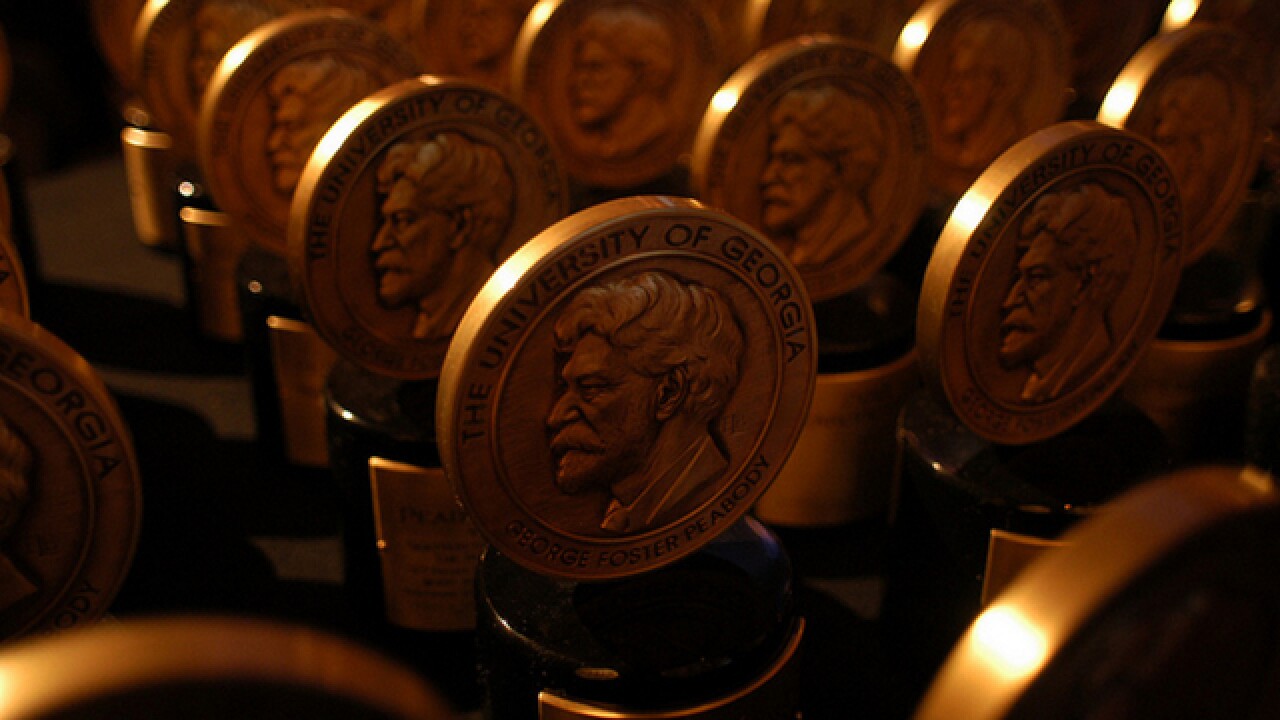 NASHVILLE, Tenn. - NewsChannel 5 and the NewsChannel 5 Investigates team have been awarded one of broadcasting's highest honors, the coveted George Foster Peabody Award, for an on-going investigation of Tennessee state government, it was announced Wednesday.

"In a series of reports capped by an hour-long prime-time special, WTVF's investigators revealed that running Tennessee state government 'like a business,' as the governor had publically pledged, in reality meant sweetheart deals, no-bid contracts and ethical lapses," the Peabody judges noted in the announcement.

"A scathing state audit was just one of the results."

According to the official announcement:

A record 46 recipients of the University of Georgia's 73rd Annual Peabody Awards were announced on "CBS This Morning" and www.peabodyawards.com. The winners, chosen by the Peabody board from almost 1,100 entries, comprise the best in electronic media for the year 2013.

The latest Peabody recipients include a pair of high-profile political melodramas, Netflix's corrosive "House of Cards" and ABC's juicy "Scandal;" "A Chef's Life," a stereotype-cracking nonfiction serial about a farm-to-fork gourmet restaurant in South Carolina's low country; "Burka Avenger," an animated Pakistani series aimed at empowering girls; "A Needed Response," a YouTube viral video created by two University of Oregon students that succinctly criticizes rape culture and champions r-e-s-p-e-c-t for women; and two distinctive probes of the dangers of brain injury in professional football, "FRONTLINE's League of Denial: The NFL's Concussion Crisis" and ESPN's "Outside the Lines: NFL at a Crossroads: Investigating a Health Crisis."

"The quality of storytelling in electronic media continues to increase year-after-year, across platforms, producing organizations and nations," said Dr. Jeffrey P. Jones, director of the Peabody Awards, which are administered by UGA's Grady College of Journalism and Mass Communication. "The unprecedented number of awards we gave this year reflects this fact. There simply are a larger number of stories that deserve our attention as citizens and consumers. And what a wonderfully rich and satisfying set of stories we've called attention to this year!"

The Peabody medallions will be formally presented on May 19 at a luncheon ceremony at the Waldorf-Astoria in New York City. Ira Glass, host and producer of "This American Life," which now boasts five Peabodys, will be the emcee.

The Peabody Awards, the oldest in electronic media, are considered among the most prestigious and selective prizes. The Peabodys recognize excellence and meritorious work by radio and television stations, networks, webcasters, producing organizations and individuals. The 16-member Peabody Board is a distinguished panel of television critics, industry practitioners and experts in culture and the arts. Selection is made by the Board following review by special screening committees of UGA faculty, students, and staff. For more information regarding the Peabody Awards program, visit www.peabodyawards.com or follow @Peabody_ Awards on Twitter.

Established in 1915, the Grady College of Journalism and Mass Communication offers undergraduate majors in advertising, digital and broadcast journalism, magazines, newspapers, public relations, publication management and mass media arts. The college offers two graduate degrees, and is home to the Knight Chair in Health and Medical Journalism and the Peabody Awards, internationally recognized as one of the most prestigious prizes for excellence in electronic media.