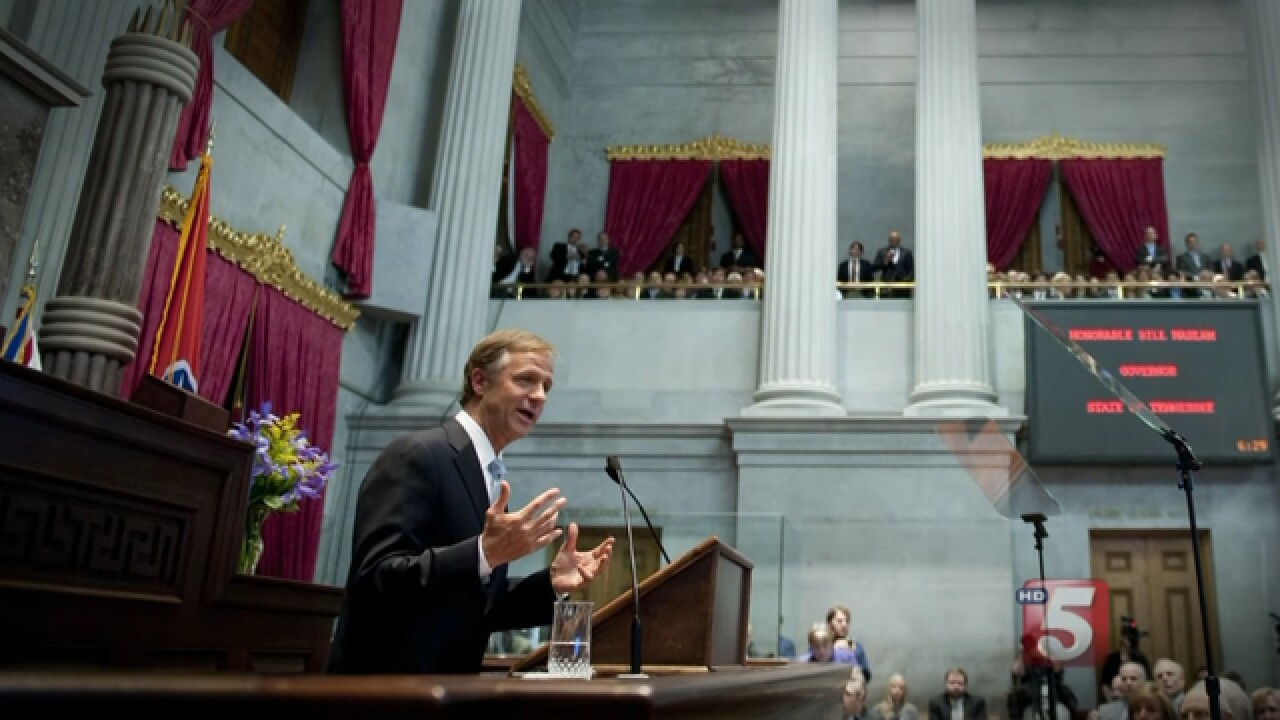 NewsChannel 5 has uncovered serious questions about how parts of Tennessee's state government -- in this case, the state's motor pool -- are being outsourced to private business.

May 15, 2013: Vehicle Contract Outsourced To Company With Connections

A multimillion-dollar contract for maintenance on state vehicles was supposed to save taxpayers' money. But "NewsChannel 5 Investigates" discovered some examples where you're actually paying more.

An exclusive NewsChannel 5 investigation has discovered some state agencies may be paying more to rent cars than they should.

Does Tennessee Gov. Bill Haslam have a financial stake in a massive new contract to outsource the management of state buildings? That's the question uncovered by NewsChannel 5.

A questionable state contract, first exposed by NewsChannel 5, is being scrapped. That's what the Haslam administration told lawmakers Monday afternoon.

The Haslam administration is preparing to demolish the 59-year-old Cordell Hull Building. But some of the administration's claims about the building's condition may have been exaggerated.

If the Haslam administration hoped to convince lawmakers that a historic state office building should be demolished, they may have failed.

The landlord for one of Nashville's landmark high rises has filed a claim against the state, asking for millions of dollars in damages.

Gov. Bill Haslam responded Tuesday to questions about how his administration has handled millions of dollars in state contracts. He insisted that the public's interest has been his only motivation.

That was the first reaction of Tennessee's top fiscal watchdog after he heard about how the Haslam administration planned to let a state contractor make millions of dollars in extra cash.

How has the Haslam administration spent millions of dollars of your money? That's the question that the legislature's Fiscal Review Committee will be asking Tuesday morning.

July 16, 2013: State Will Get Second Opinion On Cordell Hull Building

A historic state office building in downtown Nashville may not be down for the count -- just yet. The Haslam administration says it will get a second opinion on its plans to destroy the Cordell Hull.

A staff report, not shared with the legislature's full Fiscal Review Committee, told a more complicated story regarding two state contracts than what members heard in public session.

The man who led the charge to outsource big chunks of Tennessee state government to private business has called it quits. The governor's office announced Friday that General Services Commissioner Steve Cates is leaving to return to the private sector.

The allegations come from a Nashville-area moving company, accusing state officials of bending the rules so that they could give taxpayers' money to an out-of-state competitor.

New emails raise questions about whether the Haslam administration told a legislative committee the whole truth about a big state contract.

That startling statement -- made by a career state employee -- describes how the Haslam administration handled one questionable contract. It's contained in new email messages just obtained by NewsChannel 5.

There's new evidence that a big corporation found more ways to make money off of taxpayers than many knew. JLL has insisted that it's saving taxpayers a lot of money.

A scathing new audit suggests the Haslam administration may have mishandled a multimillion-dollar contract involving the state's real estate. It confirms the findings of a NewsChannel 5 investigation.

NewsChannel 5 has learned that the Haslam administration may be about to give even more of your tax dollars to the company at the center of a scathing state audit.

It's time for new ethics rules to keep your tax dollars from being abused. That's the message from the head of the Tennessee Democratic Party.

A Democratic lawmaker is filing legislation that he hopes will lead to major contract reform in Tennessee following a NewsChannel 5 investigation.

In a sudden reversal, state officials suddenly put the brakes on a questionable state contract. The Haslam administration had wanted to expand its controversial deal with Jones Lang Lasalle yet again.

Amid questions about how it spent tens of millions of dollars, Tennessee's Department of General Services will now be forced to prove why it should continue to exist.

An exclusive NewsChannel 5 investigation has uncovered questions about one of Tennessee Gov. Bill Haslam's pet projects and his claim of incredible savings. We discovered what could be an $80 million mistake.

When you hear the word "expected," that may not really mean expected. So says the company that got a multimillion-dollar contract from the Haslam administration to outsource the management of state buildings.

A leading lawmaker is asking state auditors to investigate the Haslam administration's claims about how much it's really saving taxpayers. It follows an exclusive NewsChannel 5 investigation.

NewsChannel 5 has learned the Haslam administration has taken the first steps that could lead to the privatizing of almost a dozen state parks. Now some fear that could cost hundreds of state employees their jobs.

A Democratic effort to outlaw inappropriate conflicts of interest in state contracts ran into a wall of Republican opposition in a Senate committee. The debate follows an exclusive NewsChannel 5 investigation.

Should the historic Cordell Hull state office building be saved -- and how much would it cost? The Haslam administration released the first report from an architect hired to give the state a second opinion.

There's new hope for a historic state office building on the grounds of the state Capitol that the Haslam administration had wanted to demolish.

The Haslam administration formally recommended Thursday that the historic Cordell Hull state office building should be saved and renovated.

The state of Tennessee's real estate consultant will pocket $1.3 million for helping to negotiate just two leases for state government.

The state paid $100,000 to a company that claimed it lost business after the Haslam administration broke the law on state contracts.

May 7, 2013: Lobbyist On Payroll Of Both Governor, Special Interests

Tom Ingram wears two hats. He runs The Ingram Group, a lobbying firm that he started in 1983. He boasts on his website that he "currently" serves as a "general consultant" to Gov. Haslam.

Governor Bill Haslam is not revealing how much he personally pays lobbyist and consultant Tom Ingram.

State emails, obtained by NewsChannel 5 Investigates, show the high-level access clients got when they hired the governor's own political consultant.

The state board that regulates lobbyists in Tennessee deferred final action Thursday on whether to fine lobbyist and political consultant Tom Ingram, his partner and a client they both represented.

The former chair of the Tennessee Democratic Party claims the governor violated campaign finance laws by refusing to disclose how much he paid lobbyist and political consultant Tom Ingram.

A complaint against Tennessee Gov. Bill Haslam, accusing him of breaking state law with his payments to a prominent lobbyist, was dismissed Wednesday by the state board that regulates campaign finance.

Notes from a phone call involving one of seven lobbyists hired by the  Provision Center for Proton Therapy discussed how other legislative battles "may allow us to come in somewhat under the radar."

A company at the center of a controversy involving the governor and a high powered lobbyist now finds itself in the spotlight again. Agents with the FBI and IRS raided offices of HR Comp Employee Leasing.

For months, the Haslam administration has faced questions over deals it struck with big business, along with the governor's close ties to a high-powered Capitol Hill lobbyist.

NewsChannel 5's "Questions of Influence" documentary has been honored with a National Headliner Award.

NewsChannel 5 and the NewsChannel 5 Investigates team have been awarded one of broadcasting's highest honors, the coveted George Foster Peabody Award, for an on-going investigation of Tennessee state government, it was announced Wednesday.

Back to NewsChannel 5 Investigates